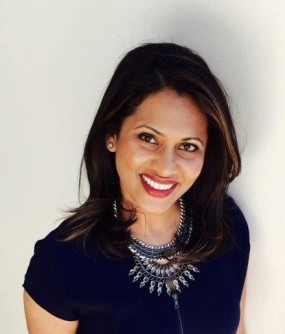 Newswise — About 9 million disadvantaged children nationwide are in peril of losing their low-cost health insurance coverage if Congress fails to reauthorize the Children’s Health Insurance Program (CHIP) soon. The program was originally passed as a bipartisan effort in 1997, providing coverage for children in families with low and moderate incomes as well as for pregnant women.

The program must be periodically reauthorized by Congress. While the Affordable Care Act extended its authorization until 2019, federal funding for the program expired on Sept. 30, 2017. As a result, no new federal funds were being given to states.

To better understand what this means for disadvantaged children, providers and taxpayers, ASU Now reached out to Swapna Reddy, a professor at ASU’s School for the Science of Health Care Delivery. Among Reddy’s observations: Allowing the program to expire “is particularly disturbing because our elected leaders are playing politics with the health of some of our most vulnerable — children of the working poor.”

Question: Why did Congress choose not to extend the Children’s Health Insurance Program?

Answer: Although CHIP is a bipartisan piece of legislation, funding the program has recently turned into a partisan issue. The program is estimated to cost taxpayers $14 billion a year. While many in Congress agree on the need for the program, they are unable to agree on how to pay for CHIP moving forward. GOP proposals have included cuts to a public health fund and increasing Medicare premiums on high-income seniors.

Q: The House passed a bill last week that would fund the program for five years. It now goes to the Senate for consideration. What does this bill contain, and how likely is it to pass through the Senate?

A: The bill that passed through the U.S. House of Representatives reauthorizes CHIP for five years. It would also extend funding for community health centers and other health programs. The bill limits subsidies to high-income elderly Medicare recipients. It is also attached to $1 billion for Medicaid programs in Puerto Rico and the U.S. Virgin Islands.

This bill will now go to the U.S. Senate for consideration where further partisan strife is likely. Democrats and Republicans disagree on offsets for the bill, even within their own parties. Both parties are blaming the other for not compromising to pass health insurance coverage for this vulnerable population. At this point, it is unlikely that the Senate will pass the House bill and instead will include funding for the CHIP program in an end-of-the-year omnibus spending bill.

While this may seem like politics as usual, it is particularly disturbing because our elected leaders are playing politics with the health of some of our most vulnerable—children of the working poor.

Q: Arizona Gov. Doug Ducey has said that, without reauthorization, funding for KidsCare (Arizona’s version of the program) will last only through mid-December. If Congress doesn’t act by the end of the year, how will it affect the more than 23,000 Arizona children who rely on this coverage?

A: It's important to remember that Arizona was the only state in the Union that ended its state CHIP program (called KidsCare) in 2010, citing budgetary restraints. It wasn't until May 2016 that Arizona reinstated KidsCare. It's particularly difficult for low-income families to exist in a state of limbo for a program that only recently became available again for their children.

Gov. Ducey supports the current program and is urging Congress to reauthorize funding on behalf of the 23,000 Arizona children who will lose coverage as early as December 2017. In the event of federal inaction, Gov. Ducey has proposed utilizing other Arizona Medicaid funds until the spring and backfilling afterwards. While this proposal may extend the program and coverage for a few months, it will only serve as a stop-gap solution. The real and sustainable answer lies at the federal level and through a bipartisan effort on behalf of low-income children across the United States. Our children deserve better than this.