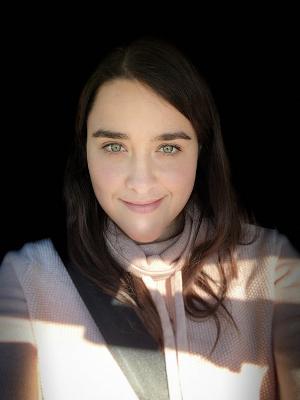 Newswise — New Brunswick, N.J. (Oct. 1, 2019) – Becoming an astronaut is challenging for anyone, but Marissa Navarro’s dream was complicated by an eight-year fight to stay in the United States. Today, however, the Mexican immigrant is one step closer to her goal of reaching outer space.

Navarro, an electrical and computer engineering student at Rutgers University-New Brunswick, spent last summer mentored by NASA aerospace engineer Diana Trujillo, who was mission lead on the Mars Curiosity Rover. Navarro also secured a position with HawkEye 360, a space-based global intelligence company, and is slated to graduate next spring with a degree from Rutgers’ School of Engineering.

Navarro ‘s academic journey took three times longer than most students because of immigration hurdles.  “Looking back, I wouldn’t want to be graduating at 30, but because it took this long I value my education in a way that I think other students don’t,” she said.

Navarro first traveled to the United States in 2008 as part of an au pair program that allows eligible immigrants to stay in the country temporarily while they live with host families, performing 40 hours of childcare services a week. She started college in 2007 at Universidad Iberoamericana in Mexico, where she majored in mechanical and electrical engineering. After watching an International Space Station mission on TV, she decided to focus on becoming an astronaut. In 2011, just a year before graduation, she and her husband first tried to move to United States in search of greater opportunities.

“My husband and I tried really hard to move legally and things kept going wrong,” she said. “First, we tried to start a business in New Jersey and then were denied visas and forced to move back. After the visas were denied, my husband landed a great engineering job and we waited in Mexico on the decision for a new visa application, which we were luckily granted, but then I was not allowed to work, so money was tight.”

Navarro, however, could pursue her education, although she would have to start over. “There were so many times I wanted to give up, but I knew I had to keep going,” she said. She quickly earned an associate’s degree from Bergen Community College and in 2017 transferred to Rutgers.

“I visited the campus for an event at Douglass Residential College and I saw how much they wanted to help women in STEM, and it just felt right,” said Navarro, who joined the Space Technology Association of Rutgers (STAR). “I knew Rutgers was going to give me all the support I needed.”

Less than a year later, Navarro was selected for the Brooke Owens Fellowship, which links women seeking careers in the aerospace industry with mentors and an internship. She learned about the fellowship through a social media post from Trujillo, one of NASA’s top aerospace engineers.

“Diana Trujillo shared the fellowship on her Twitter and Instagram, and she’s someone I truly admire,” Navarro said. “She’s a Latin immigrant, went through a lot of the same struggles as me and she made it to NASA and helped get the rover to Mars. To me, she’s proof that dreams can happen. I knew it was a long shot, but when I got the fellowship, I asked if there was any way possible for Diana be my mentor.”

Trujillo not only became her mentor but helped her develop a strategic plan on the best path to take to become an astronaut.

“Bottom line -- Marissa is a woman who knows what she wants and she goes out there and builds a plan to get it. She’s not leaving it up to chance and that’s something not many young people do,” said Trujillo, who is NASA’s Mars 2020 deputy surface phase lead. “I also graduated when I was much older than everyone else because of immigration hurdles, and these hurdles only made us work harder.”

Navarro completed her fellowship last summer and during her final year at Rutgers, she is working on building an FPGA communications module for spacecrafts with HawkEye 360. She plans to join the U.S. Air Force after graduation to improve her chances of serving aboard a spacecraft one day. She also received her green card, moving her a step closer to becoming a U.S. citizen.

While Navarro fights for her best chance at becoming an astronaut, the odds are still small. In 2017, NASA received a record number of applicants for their astronaut class at 18,300 and of those, only eight to 14 are chosen to move on to the next round. That’s between a 0.04 percent and 0.08 percent chance of being selected. With odds this small, most astronauts have applied more than 10 times before being selected. Navarro has defeated odds her whole life, and these numbers have not slowed her down.

Trujillo said it is important for aerospace industry recruiters and hiring managers to keep an open mind about applicants.

“When recruiters look at an application, they might dismiss it immediately because the grades aren’t as high, and they may be wondering why it took this person so long to graduate,” she said. “If they dig deeper, they will find more people like Marissa. Immigrant students have the odds stacked against them, so it can’t all be about performance. It’s also about what they can overcome, and that’s more remarkable than anything on a resume.”