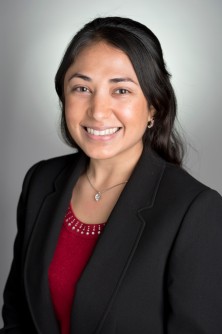 Newswise — BLOOMINGTON, Ind. -- The number of newly diagnosed cancer patients who were uninsured fell by one-third in the first year of the Affordable Care Act's implementation, according to research from Indiana University.

The research, published in a research letter by JAMA Oncology, also found significant gains in those covered for treatments of various cancers, among various demographic groups and stages of diagnosis.

"These findings suggest that the general increase in coverage seen in national ACA analyses extends to this high-risk population," said Aparna Soni, a doctoral candidate in business economics and public policy in the IU Kelley School of Business and the letter's corresponding author.

"Treatment is often unaffordable for uninsured patients, and some studies suggest that expanding insurance coverage could improve cancer-related outcomes," she and her co-authors wrote. "Policy changes that reduce Medicaid funding or weaken protections for individuals with preexisting conditions could be particularly harmful for patients with cancer."

Cancer remains the leading cause of death among Americans ages 19 and 64, the group studied.

Other co-authors of "Changes in Insurance Coverage Among Cancer Patients Under the Affordable Care Act " were Kosali Simon, the Class of 1948 Herman B Wells Endowed Professor in the IU School of Public and Environmental Affairs; Lindsay Sabik, associate professor in health policy and management at the University of Pittsburgh; and Benjamin Sommers, associate professor of health policy and economics at the Harvard T.H. Chan School of Public Health. JAMA Oncology is one of the journals of the American Medical Association.

In their study, researchers looked at the percentage of adults who were uninsured at first-time cancer diagnosis.

"This paper highlights the need for next looking at health consequences from additional insurance coverage," Simon said. "This analysis is only the first step in examining a long chain of events researchers care about as consequences from fewer insured."

Large declines in the uninsured rate among Hispanics were consistent with findings of other ACA studies and were the greatest among race and ethnic groups studied in the sample -- a decline of 37.9 percent in the number of uninsured cancer patients. The drop in uninsured improved by 46.2 percent among those listed as "other." However, among African-Americans, the decline was just 17.2 percent.

They analyzed changes in 2014, when the ACA health insurance exchanges and Medicaid expansion went into effect, compared with pre-ACA from 2010 through 2013."
Other research indicates that uninsured patients are less likely to be diagnosed with cancer and more likely to be diagnosed at late stages," the authors wrote. "Our finding that uninsurance was greater among those with distant disease in the pre-ACA and post-ACA periods is in line with research suggesting that uninsured patients may not seek care until their cancer has progressed."

Data for 858,193 adults with new cancer diagnoses came from the National Cancer Institute's Surveillance, Epidemiology and End Results program. Limitations of the study include data from 13 states and one year of data post-ACA.