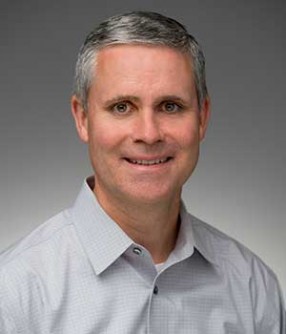 However, the official poverty measure is flawed, according to James Sullivan, Rev. Thomas J. McDonagh, C.S.C., Associate Professor of Economics at the University of Notre Dame.

Newswise — Contrary to numbers released by the U.S. Census Bureau Tuesday (Sept. 12), researchers at the University of Notre Dame and the University of Chicago show that poverty has fallen sharply in the U.S. in recent decades. The U.S. Census Bureau’s annual income-based poverty report provides data that inform a range of policies and issues affecting Americans, from taxes, to immigration, to trade policy.

This year’s report estimates poverty in the U.S. to be 12.7 percent for 2016, which is very close to the rate in 1980, suggesting little progress or change in the fight against poverty.

However, the official poverty measure is flawed, according to James Sullivan, Rev. Thomas J. McDonagh, C.S.C., Associate Professor of Economics at the University of Notre Dame, and Bruce Meyer, McCormick Foundation Professor at the University of Chicago Harris School of Public Policy. According to Sullivan, income statistics have become increasingly inaccurate over time and consumption more accurately reflects well-being.

Based on years of research, Meyer and Sullivan on Tuesday published alternative, consumption-based estimates in the inaugural University of Chicago/University of Notre Dame Consumption Poverty Report. The report shows that between 1960 and 2016, consumption poverty fell by 27 percentage points. Changes in tax policy, the researchers said, contributed to the decline in poverty, along with changes in Social Security and other transfer programs.

“Many factors that are critical components of well-being, such as home ownership, car ownership and the ability to borrow and save, are much better captured by consumption than income,” Sullivan said. “Our research has shown that consumption-based poverty is more highly associated with other measures of family deprivation.”

Sullivan and Meyer analyzed more than 50 years of data from the Bureau of Labor Statistics’ Consumer Expenditure Survey for their report. Looking at poverty patterns in the U.S. from the early 1960s to 2015, the researchers found contradictory results to studies that have shown little improvement in poverty over time or that antipoverty measures have been ineffective.

“Relying on the official poverty rate, many have concluded that we have lost the War on Poverty, but improved measures of poverty show that we have actually made tremendous progress,” Sullivan said.

Meyer and Sullivan plan to release an updated Consumption-Based Poverty report on an annual basis to coincide with the Census Bureau’s report. They are in the process of setting up an online tool to make this information readily available.

Sullivan is director of the Wilson Sheehan Lab for Economic Opportunities (LEO) at Notre Dame. LEO matches top researchers with social service providers to conduct impact evaluations that identify the innovative, effective and scalable programs and policies that support self-sufficiency. Meyer and Sullivan’s report is available on LEO’s website at https://leo.nd.edu/assets/249750/meyer_sullivan_cpr_2016_1_.pdf.