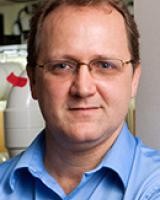 Bradley J. Cardinale Professor and Director, Cooperative Institute for Limnology and Ecosystems Research (CILER) at the University of Michigan.

Bradley Cardinale is director of the Cooperative Institute for Limnology and Ecosystems Research, a research institute jointly sponsored by U-M and the National Oceanic and Atmospheric Administration. CILER received nearly $5 million in research funding from NOAA last year, and more than 90 percent of those funds were provided through the Great Lakes Restoration Initiative. CILER was established in 1989 and currently has five research scientists and 22 research staff members, including technicians, programmers and postdoctoral researchers.

Cardinale is one of several experts who can comment on President Trump's budget proposal that includes deep cuts to the Environmental Protection Agency and the National Oceanic and Atmospheric Administration, including the Great Lakes Restoration Initiative and the national Sea Grant program. For the full list visit: http://myumi.ch/6jkDd

For experts on cuts to NEA, NEH funding and other Trump policies visit: http://myumi.ch/JdpXn

"If the budget cuts run as deep as proposed, we would have no choice but to close CILER, and I suspect that NOAA's Great Lakes Environmental Research Laboratory in Ann Arbor would also be at risk of shutting down. Between the two, it would be more than 120 jobs lost, as well as the loss of major programs that protect the public, such as the harmful algal bloom warning system that protects public drinking water supplies," said Cardinale, an ecologist who is also a professor at U-M's School of Natural Resources and Environment.