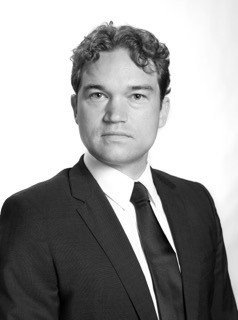 Patrick is the Executive Director of the Hunt Institute for Global Competitiveness, an economic development think tank located at the University of Texas at El Paso that focuses on the transboundary, Paso del Norte region. The Institute’s central activities concern data acquisition, economic sector mapping, and quantitative and qualitative analysis across five key areas: natural resources, energy, commerce, education, urban planning and infrastructure, and public health. These data, maps, and analyses are then disseminated to local, regional, and international stakeholders to foster the economic and social development of both the Paso del Norte and US Mexico bi-national relationship.

Prior to founding the Institute, Patrick held positions with the World Bank Group and the Inter-American Development Bank in Washington, D.C., where he advised client-states on legal reforms to improve their commercial and financial sectors. In particular, his work centers on the comparative commercial, financial, and natural resource laws within the Ibero-American context, with a special emphasis on Mexico, Spain, Brazil, and Portugal. He received his J.D. from the University of New Mexico School of Law and his LL.M. from the Universidade Católica Portuguesa, where he was a Fulbright Scholar. He has also studied at the Instituto Tecnológico Autónomo de México, the Universidade de São Paulo, the Université Paris 1: Panthéon-Sorbonne, the Hague Academy for International Law, the Katholieke Universitiet Leuven, graduating magna cum laude, and St. John’s College, where he received his undergraduate degree.

His publications have dealt with international bankruptcy and trans-boundary natural resource management. He is an adjunct professor of NAFTA Law at the College of Business Administration at the University of Texas at El Paso and has coached two teams from the Law Faculty of the Universidad Autónoma de Ciudad Juárez to two international arbitration competitions in Vienna and Los Angeles. Patrick is also an active member of the Instituto Mexicano de Ejecutivos de Finanzas, the New York and New Mexico bar, as well as the American Society of International Law and the International Law Association.