What Should Anti-Trump Protesters Do Next? A Temple University Expert Has the ‘Handbook’ for Getting Results 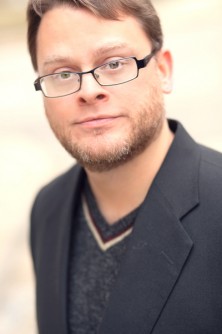 Jason Del Gandio, author of “Rhetoric for Radicals: A Handbook for 21st Century Activists” and assistant professor of strategic communication at Temple University in Philadelphia

Millions of protesters have marched in cities around the country and world since President Trump took office, and many more will likely follow.

What can the protesters accomplish in this fractured political climate? Which tactics should they use? How will they impact the political parties?

Jason Del Gandio, author of “Rhetoric for Radicals: A Handbook for 21st Century Activists” and assistant professor of strategic communication at Temple University in Philadelphia, has the answers. The New York Times recently quoted Del Gandio in a story about online petitions.

Q: What do protesters want to accomplish? Can they succeed? A: The burgeoning anti-Trump movement is emerging as a cross-section of already existing movements. Black Lives Matter, LGBTQ and women’s groups, environmental and climate change activists, the Bernie contingent, anti-Islamophobia groups and many others are coming together to resist Trump’s policies.

Trump is provoking backlash, but the real work comes with attracting a critical mass of participants, speaking to a diversity of issues while providing a unified message, pressuring elected officials to offer alternative policies, and creating new ways for people to reinterpret their lives. The new protest movement cannot be just anti-Trump. It must be pro-alternative.

Q: How will the movement impact political parties?A: The 2016 election cycle revealed fissures in both parties, and many people are looking for alternatives. The anti-Trump movement may very well lead to foundational, radical change that alters traditional political establishments.

Q: Why do people protest?A: There are two basic reasons why people protest: Either they are directly affected and their backs are against the wall, or they sympathize with the cause and feel morally obligated to support and participate. Being together in a public space emboldens people to fight for change and sustains them long after the protest ends.

Q: Does protesting help or hurt the cause?A: Every right, liberty and freedom that we hold dear as Americans has come by way of people marching in the streets. Abolition, women’s suffrage, labor standards, civil rights, LGBT rights, environmental regulations and any number of other issues were made possible through collective, militant, public resistance. It’s not always pretty, but it works.