A Rare Diagnosis Leads to a Successful Surgery and Recovery

Newswise — Drew*, a 65-year-old man from Connecticut, was living an adventurous life until he started to experience unusual muscle weakness in his legs and unexplained fatigued. What he thought was possibly Lyme disease, or symptoms of normal aging, turned out to be much more serious.

Drew is a retired fire chief and emergency medical technician (EMT) who is currently in aviation. He’s scaled mountains from Grand Teton in Wyoming to the Eiger and the Matterhorn in Switzerland. He’s an avid hiker, skier, and traveler. On a ski trip to Austria, Drew was surprised when he didn’t feel like his active and energetic self and his legs were tiring faster than usual. After that trip, when he was on a hike in the Adirondacks, his friends also noticed these changes, and commented “this isn’t like you.”

Over several months, Drew’s symptoms continued to worsen. The numbness, stiffness, and weakness in both legs, mostly from the knees down, were impacting his life. He couldn’t click into his ski bindings, and he was having trouble walking up and down stairs.

Drew decided to see his primary care provider, Bob Greco, a physician assistant (PA) from Western Connecticut Medical Group (WCMG) New Fairfield Primary Care. Although the symptoms Drew was experiencing were consistent with a known reaction to a medication he was taking, Bob recommended that he see a neurologist to be sure it wasn’t something else. Bob referred Drew to Dr. David Greco, a neurologist who practices out of Associated Neurologists, P.C. and is affiliated with Nuvance Health’s Danbury Hospital and New Milford Hospital.

“I was nervous about potentially having a neurological condition, so I was happy that I got an appointment with Dr. Greco right away,” said Drew.

To start, Dr. Greco gave Drew a noninvasive neurological exam. Dr. Greco was concerned about Drew’s spinal cord because the exam showed reduced vibration in his legs and increased reflexes. To investigate further, Dr. Greco recommended Drew have an MRI and also an electromyography (EMG), which is a diagnostic procedure to test for muscle and nerve problems.

Drew had a wide bore MRI at New Milford Hospital. Dr. Joseph Santoro, a radiologist who specializes in vascular and interventional radiology and neuroradiology, read the MRI scans and reported the results to Dr. Greco quickly. Drew had what appeared to be a spinal dural arteriovenous fistula (SDAVF) at T9 (thoracic vertebra located in the middle of the spine).

An SDAVF is an abnormal connection between an artery and a vein located near the covering of the spinal cord. This rare vascular malformation only affects 1 in every 200,000 people. It is often misdiagnosed and underdiagnosed because symptoms can be vague and mirror many other types of medical problems. If left untreated, SDAVFs can cause permanent spinal cord injury and neurological disability.

“I had never heard of a spinal dural arteriovenous fistula. Having a medical background myself, I started to research this condition because I was curious about my diagnosis and I wanted to be well-informed,” said Drew. “Through my research, I learned how rare spinal dural arteriovenous fistulas are, so I was impressed with Dr. Santoro’s excellent reading — it was like he saw these every day.”

Dr. Greco was also expertly on the case. He contacted Drew as soon as the MRI results were available and referred him to one of the only neurosurgeons in Connecticut with advanced training in endovascular surgery and interventional neuroradiology, Dr. Joshua Marcus. Dr. Marcus practices out of Neurosurgical Associates of Southwestern Connecticut, and performs surgeries at Nuvance Health’s Danbury Hospital and Norwalk Hospital.

“Before Dr. Greco contacted me to discuss the MRI results and what was next, he had already reviewed my case with Dr. Marcus,” said Drew.

Drew had an appointment with Dr. Marcus the very next morning, during which Dr. Marcus explained the MRI results, confirmed the diagnosis, and recommended a treatment plan.

“The bad connection between an artery and vein near Drew’s spine resulted in too much blood flow to the vein. This caused swelling and put pressure on the spinal cord which is why Drew had muscle weakness in his legs,” explained Dr. Marcus. “If left untreated, Drew could experience serious neurological decline, including paralysis from the waist down. So I recommended surgery as soon as possible.”

Although Drew’s family and friends encouraged him to get a second opinion because this was such a complex condition, he didn’t feel he needed one.

“Through my research, I came across a paper Dr. Marcus wrote about spinal dural arteriovenous fistulas that was published in a peer-reviewed medical journal,” said Drew. “Also, although it is rare, Dr. Marcus had performed surgery at Danbury Hospital on a patient with the same diagnosis two weeks before! So I knew I had the best surgeon to fix the problem.”

Before the surgery, Drew needed to have a spinal angiogram so Dr. Marcus could get very detailed images of the arteries and veins in order to verify the surgical plan. During this minimally invasive procedure, Dr. Marcus guided a catheter through an artery in Drew’s leg to the blood vessels surrounding his spine, injected a contrast agent, and then took x-rays. Drew had the spinal angiogram at Norwalk Hospital which is equipped for angiography of the nervous system.

“I was a little anxious because I’ve never had an angiogram before, so my sister came with me,” said Drew. “The prep for the angiogram was quick, and as soon as I woke up Dr. Marcus confirmed that it showed what he had expected, which reaffirmed the surgical plan he had already put in place.”

“My sister and I were amazed with the staff at Norwalk Hospital,” Drew continued. “After the procedure, I had to sit still for six hours. Liliana Acosta, my post-procedure nurse, was very proactive in communicating what would happen next, so I never worried about anything.”

Drew had surgery at Danbury Hospital, which is closer to his home. His wife, younger daughter, and sister were with him. He was understandably nervous but felt reassured after meeting with Dr. Marcus and the spinal monitoring medical team before going into surgery.

During the four-hour surgery, Dr. Marcus performed a laminectomy to relieve pressure on the spinal cord nerves, and then disconnected the malformed artery and vein.

When Drew woke up after surgery, Dr. Marcus was there to assure him that it had gone well. The next day, Dr. Marcus performed another angiogram to confirm the SDAVF was gone.

Back on the slopes

Drew spent four days at Danbury Hospital recovering from the surgery, where Dr. Marcus and Shawn Finnegan, chief neurosurgical physician assistant (PA), checked on him frequently as did highly skilled nurses who are dedicated to neurosurgery and orthopedic patients. Drew had inpatient physical therapy (PT) soon after surgery. He at first needed to use a walker to get to the gym from his room. By the last day in the hospital, he was able to walk without the walker and use the stairs.

When Drew went home, he was determined to continue making progress.

“When I got home, I left the walker in my garage,” said Drew. “I used it to walk up to my house, and I never used it again. I was just careful going up and down the stairs.”

Within a couple of days, Drew began walking a half-mile daily on his treadmill while holding onto the handles. After his 10-day follow-up with Dr. Marcus, Drew had additional follow-ups with Shawn. He also participated in 12 sessions of outpatient PT and was regaining his leg strength.

“When Shawn said it was safe for me to increase my exercise routine, I started walking one mile a day on the treadmill, without holding onto the handles,” said Drew. “I was also able to lift light weights and use my Nordic Track.”

“I was nervous the first day, and a little wobbly getting off of the ski lift. But then I felt so good skiing that I extended my trip a full week and was back on the expert trails,” said Drew.

Drew’s three-month MRI showed that the swelling had gone down and he was healing from the surgery as expected.

“Drew has had a really remarkable outcome,” said Dr. Marcus. “I’m extremely pleased with his recovery especially because this was such a unique case.”

Drew is grateful for the tremendous care he received throughout his diagnosis and treatment.

“I was very impressed with all of the care from WCMG New Fairfield Primary Care, New Milford Hospital radiology, Norwalk Hospital, Danbury Hospital, Dr. Greco, Shawn, and especially Dr. Marcus,” he said. “Everything they did was great. They didn’t overlook anything and they all worked so well together.”

When asked what it was like to have such a rare condition, Drew responded, “I joke that I should be buying lottery tickets! I’m 1 in 200,000 people to get this.”

Today, if you’re looking for Drew, you’ll find him bicycling, flying planes, and hiking in the Catskills.

Dr. Marcus focuses on the minimally invasive treatment of brain and spine conditions, including tumors, degenerate and traumatic spine disease, trigeminal neuralgia, and other chronic pain syndromes. He is one of only a few physicians in Connecticut with advanced training and dual expertise in both the open surgical and minimally invasive treatment of cerebrovascular conditions including cerebral aneurysms, arteriovenous malformations, carotid artery disease, and hemorrhagic and ischemic stroke. Dr. Marcus completed his residency training in neurological surgery at NewYork-Presbyterian/Weill Cornell Medical Center. While a resident, he served as chief resident and was the recipient of the Distinguished House Staff award in neurosurgery. Following his residency, he completed a fellowship in endovascular surgery/interventional neuroradiology. Dr. Marcus earned his medical degree from New York University School of Medicine.

Dr. Marcus was recognized by Fairfield County Business Journal as one of 2019’s 40 best and brightest leaders under the age of 40.

*Patient’s name has been changed to maintain his privacy. 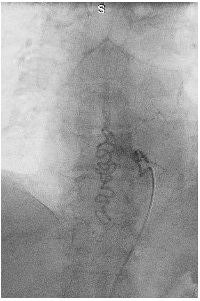 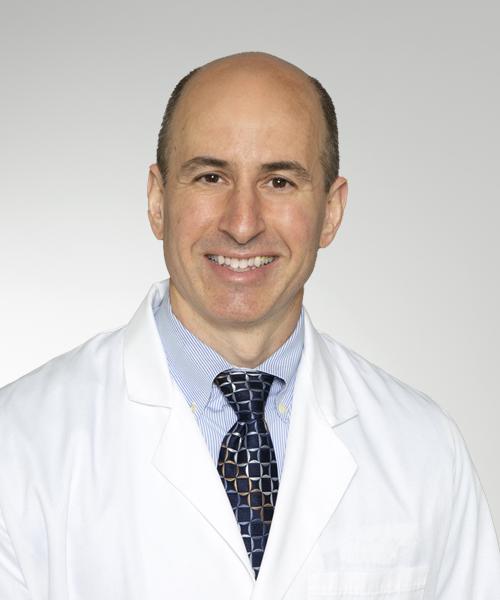 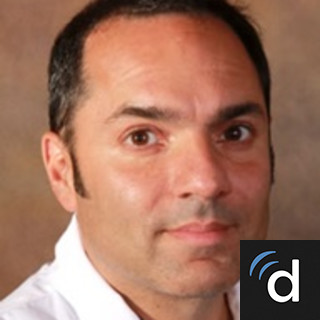