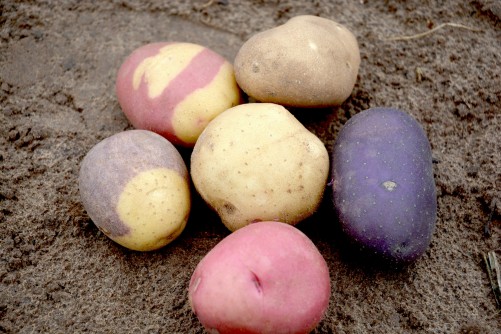 In addition to the traditional russet potato, the Texas A&M Potato Breeding and Variety Development Program led by Dr. Creighton Miller is producing a variety of colored gourmet potatoes. 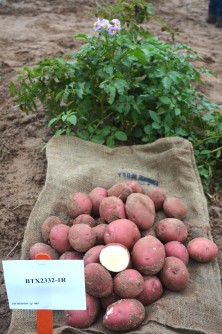 One potato selected Best of Trial at Springlake this year is BTX2332-IR, which is a round red potato 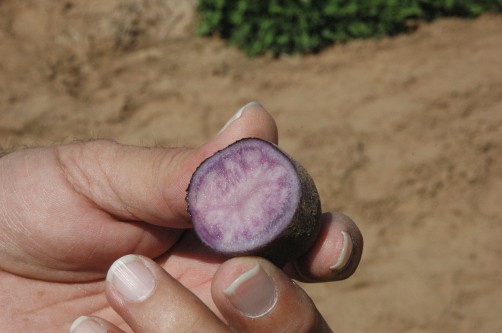 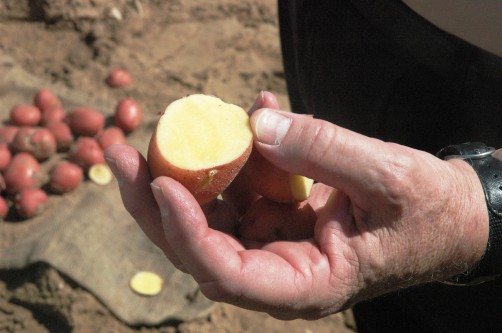 Newswise — A decline in overall potato consumption has Texas A&M AgriLife Research breeders working on “designer” spuds that meet the time constraints and unique tastes of a younger generation.

“So what we are doing now is developing unique varieties that have a tendency to appeal to the younger set with high income who are willing to try something different,” he said. “This has contributed to an increase in consumption of these types over the russets, which are still the standard.”

“However, some of our varieties are widely adapted across the U.S.,” he said. “Three of them collectively represent the fifth-largest number of acres certified for seed production in the U.S., so we’ve released some successful varieties,and we are developing more all the time.”

The Texas Potato Variety Development Program currently has 412 entries at the Springlake trials and 927 entries at the Dalhart trials. Additionally, the 2014 seedling selection trials at both Springlake and Dalhart include 115,408 seedlings from 634 families or crosses.

One selected Best of Trial at Springlake this year is BTX2332-IR, which is a round red potato. And, he said, the traditional russet potatoes will always be a mainstay, as they are used primarily for baking and French fries. Also in the trial is the standard white skinned variety with white flesh used for chipping purposes.

“We are always interested in new and improved red varieties and russet varieties, but there are some other types that have become more interesting lately,” Miller said.One type is a small potato, he said, adding that within the trials he is looking for varieties with a heavy set of small potatoes.

“One of the reasons for the popularity of the smaller potato is with both spouses working, the amount of time required to prepare potatoes becomes an issue with some people,” Miller said. “With the small potatoes, they can be microwaved very fast and be on the table in a hurry.”

The tubers with yellow flesh contain compounds that are antioxidants, and that appeals to the health-conscious consumer, Miller said.

“So in addition to having the unique appearance, they are healthier potatoes to eat,” he said.

And this year, Miller also has specialty potatoes with splashes of red and yellow on the skin that have a yellow flesh.

“These are referred to as gourmet potatoes and that niche is receiving more emphasis lately,” he said. “These are generally boiled and add unique color to the plate when served.”

But Miller was quick to say the russet potato is still the primary emphasis of the program, and a new russet being grown by the Barrett’s will soon be released for commercial production.

“It promises to be very successful,” he said. 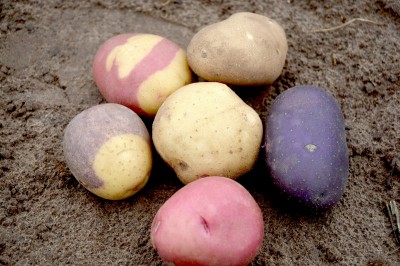 Caption: In addition to the traditional russet potato, the Texas A&M Potato Breeding and Variety Development Program led by Dr. Creighton Miller is producing a variety of colored gourmet potatoes. 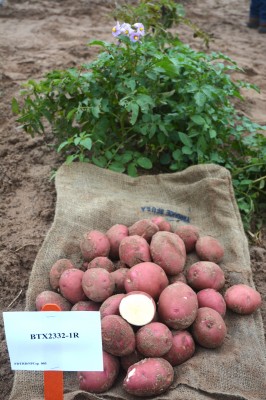 Caption: One potato selected Best of Trial at Springlake this year is BTX2332-IR, which is a round red potato 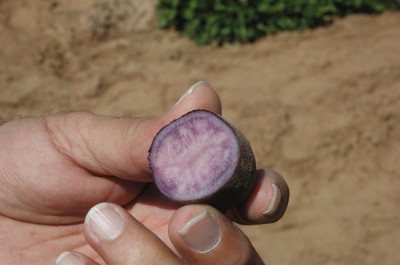 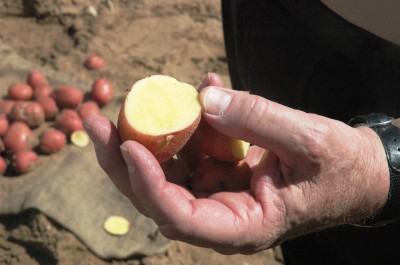