Hygienists of the University of Bonn prove a transmission to newborns. Consequences for the domestic environment? 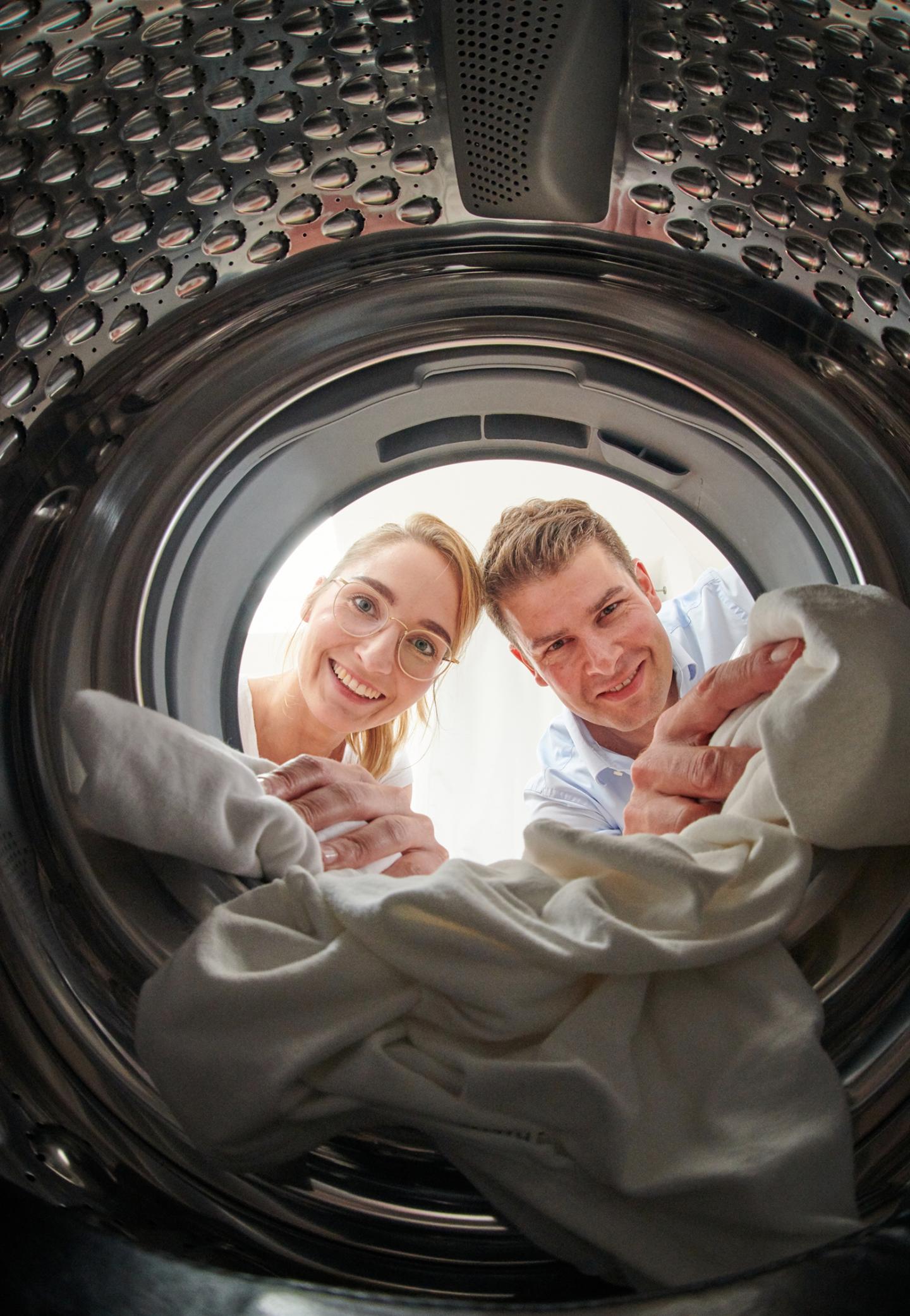 This was investigated by Dr. Dr. Ricarda Schmithausen and Dr. Daniel Exner from the University Hospital Bonn.

Newswise — Antibiotic-resistant pathogens can be spread via washing machines. This has been proven by hygienists at the University of Bonn for a children's hospital in which a Klebsiella oxytoca type was repeatedly transmitted to newborns. Fortunately, no dangerous infection occurred. The source was a conventional washing machine used to launder the clothes of the newborns. This case draws attention, especially as antibiotic-resistant bacteria could also be transmitted via the washing machine in households with people who need nursing care. A further study will examine this distribution channel in more detail. The results are now published in the journal Applied and Environmental Microbiology.

The Klebsiella oxytoca bacterium was increasingly detected during routine hygiene screenings in the neonatal ward of a children's hospital in Germany. The bacterium can lead to gastrointestinal and respiratory infections and in the worst case result in fatal sepsis. In this particular case, common antibiotics could only be used against this pathogen to a limited extent or not at all. After newborns were repeatedly colonized with the pathogen and intensive hygiene intervention measures were unsuccessful, the hospital called in the Institute for Hygiene and Public Health (IHPH) of the University Hospital Bonn. "Luckily, these babies did not suffer any dangerous infections," says Dr. Daniel Exner, hygiene officer at the Clinic and Polyclinic for General, Visceral, Thoracic and Vascular Surgery at the University Hospital Bonn.

In order to trace the source and possible distribution pathways, several environmental samples in patient and staff areas and suspected risk locations were compared with the samples of the newborns. "This type of Klebsiella oxytoca was so unique that it was in this form not yet included in the database of the National Reference Center for gram-negative hospital pathogens," says Dr. Dr. Ricarda Schmithausen, Head of the One Health Department at IHPH. This particularity was advantageous because it allowed the distribution pathway to be clearly traced. Neither the parents nor the nursing staff had transmitted the bacteria.

Transmission to newborns via beanies and socks

"The Klebsiella oxytoca type was clearly identified in the detergent drawer and on the door seal of a washing machine in the basement, which was used to launder the hand-knitted socks and beanies of the babies on the ward," says Prof. Dr. Dr. Martin Exner, Director of the Institute for Hygiene and Public Health at the University Hospital Bonn. The bacteria were passed on to the newborns via the clothing.

After the washing machine was removed, no further colonization of the premature babies was detected. "This clearly demonstrates that we found the Klebsiella source", Schmithausen concludes. "This is a special case." Hospitals normally use special washing machines and laundry processes that wash at high temperatures and with disinfectants, or designated laundries handle the washing externally. On the neonatal ward, however, the case that occurred some time ago involved a standard washing machine. "We decided to investigate this case in order to draw attention to possible problems with resistant bacteria that are now advancing into the domestic environment," says Schmithausen.

Studies have already shown that antibiotic-resistant bacteria can take hold in washing machines. "However, we have proven for the first time that a washing machine can also spread antibiotic-resistant bacteria to humans," said Prof. Exner. This result also has consequences for the domestic environment. For environmental reasons, the trend in conventional household machines is towards lower temperatures of well below 60°C (140°F). According to the researchers, this is in principle a very positive development because it saves energy and protects the climate.

However, if elderly people requiring nursing care with open wounds or bladder catheters or younger people with suppurating injuries or infections lived in the household, laundry should be washed at higher temperatures, such as 60°C (140°F), to avoid the transmission of dangerous pathogens. This is a growing challenge for hygienists, as the number of people receiving nursing care from family members is constantly increasing.

The Institute for Hygiene and Public Health would like to investigate this transmission path even more closely. The scientists are therefore looking for households with persons who have previously been placed in in-patient isolation due to colonization with multi-resistant pathogens and who are interested in participating in a study on the transmission of antibiotic-resistant bacteria via washing machines. Interested individuals can contact Dr. Daniel Exner (e-mail: [email protected]).