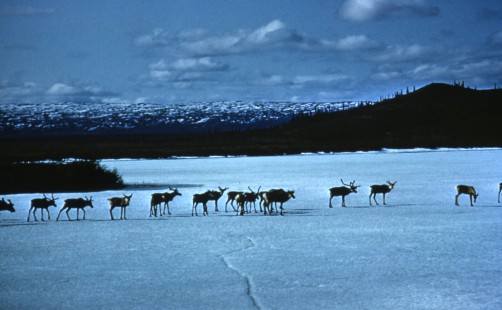 Caribou in the Arctic National Wildlife Refuge photographed during the original expedition.

Today’s New York Times featured an op-ed by WCS’s George Schaller and Martin Robards on the new legislative push to drill in the Arctic National Wildlife Refuge (budget resolution is being voted on tomorrow, along with it instructions to committees that will likely open up the refuge).  Schaller was on the initial expeditions in the 1950s that led to the Refuge’s creation (see below historical image); Robards works in the Arctic today. Both are available to discuss potential impacts drilling would have on wildlife in one of the last truly pristine regions in the U.S.  We have additional historical images and video of the refuge.