Artist and Scientist Team up to Explore Stunning Whisky Art 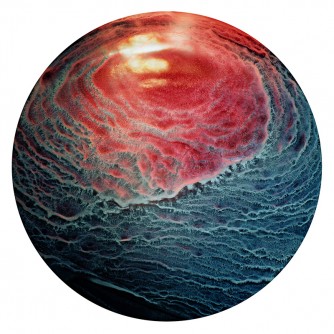 Thin residues of whisky—if you can still see the amber color of the Scotch in the glass it's too much—form particle patterning, which photographer and artist Ernie Button captures here in photographs of a Macallan 101. 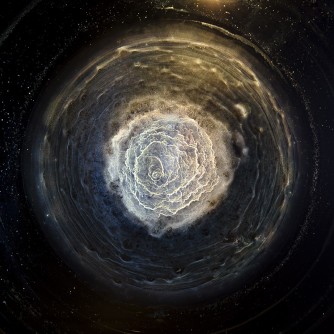 Thin residues of whisky—if you can still see the amber color of the Scotch in the glass it's too much—form particle patterning, which photographer and artist Ernie Button captures here in photographs of a Macallan 150. 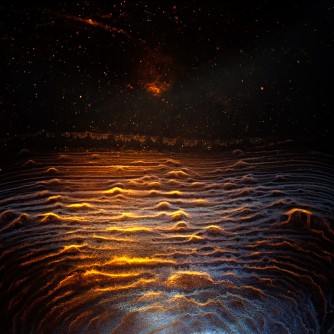 Thin residues of whisky—if you can still see the amber color of the Scotch in the glass it's too much—form particle patterning, which photographer and artist Ernie Button captures here in photographs of a Glenlivet 162.

Newswise — WASHINGTON, D.C., November 24, 2014 -- If you've ever looked closely at the dried rings whisky leaves behind in a glass, you may be among the few who've noticed just how stunningly beautiful they can be. But what's behind whisky's "particle patterning"?

Phoenix-based professional photographer and artist Ernie Button (www.erniebutton.com), who creates beautiful photos of the patterns formed after letting a drop or two of whisky coat and dry in the bottom of a glass, was curious about the underlying physical concepts, so he reached out to Professor Howard Stone and his Complex Fluids Group in Princeton University's Department of Mechanical and Aerospace Engineering for insight.

During the American Physical Society's Division of Fluid Dynamics (DFD) Meeting, November 23-25, 2014, in San Francisco, Calif., the group will describe what they discovered by exploring these peculiar patterns and the role played by the surface tension gradient, known as the "Marangoni Effect."

"It's infinitely fascinating to me that a seemingly clear liquid leaves a pattern with such clarity and rhythm after the liquid is gone," says Button. "Professor Stone and his team graciously entertained my questions and were very helpful with my understanding of this phenomenon."

Intrigued by Button's quest to understand the deposition patterns left by whisky, Stone thought it was plausible these were "deposits at contact lines or other deposits perhaps associated with flow," which is indeed what their research indicated.

"My group focused on gaining a better understanding of the composition of whisky, identifying the possible 'suspended material,' and doing controlled model experiments to understand possible shapes and forms of deposits during evaporation," Stone said.

While the drying of single-component liquids that contain small volume fractions of solids is well studied and leads to the common "coffee ring effect," it's also well known that the evaporation of alcohol-water solutions leads to interesting fluid motions, such as wine 'tears' in a glass of wine or other strong liquors.

"But to our surprise, there were very few recent studies about the evaporation of droplets of alcohol-water solutions and corresponding flow patterns," said Hyoungsoo Kim, a postdoctoral researcher within Stone's group.

So they decided to run some experiments. To study the flow patterns and concentration in the solution, as well as the final dried deposits from suspended particles, Kim and colleagues used video microscopy of drying droplets of actual whisky and compared it to video microscopy of an alcohol-water solution representative of whisky (typical whiskies are 40 percent by volume ethanol and 60 percent by volume water).

What did they find? Initially, the droplet of alcohol-water solution creates a complex mixing flow. Ethanol evaporates first, due to the lower vapor pressure compared to water and, once the ethanol vanishes, a radial pattern can be observed. Further, as the initial ethanol concentration increases, the mobility of the receding contact line is increased as well. And, at high ethanol concentrations, the contact line recedes and draws groups of particles along with it that are then deposited in a ring-shaped pattern.

"The alcohol-water solution shows circulation flow patterns (triggered by the Marangoni Effect), which occur during drying and influences patterns formed in evaporating whisky solutions," Kim noted. "Deposits in the actual whisky come from a small amount of inherent raw materials present from the preparation process."

Button suspects that the distinctiveness of the rings left by whisky may have something to do with the aging process and materials soaked up through the wooden casks in which it's stored, although he doesn't see any significant difference when photographing younger vs. "more aged" versions of the same type of whisky.

The work by Stone's group may have wider implications, because the ability to control the deposition of a thin film of particles is highly desirable for many industrial applications. "One big restriction of the 'coffee ring effect' is that particles aren't uniformly distributed," Kim said. "We've learned through recent research papers that it's possible to make more uniform deposits by beginning with mixtures, so we'll continue to explore multiphase evaporating systems by running systematic experiments with well-controlled solutions."

ONSIGHT AND ONLINE PRESS ROOMSWorkspace will be provided on-site during the meeting. The week before the meeting, news, videos and graphics will be made available on the Virtual Press Room: http://www.aps.org/units/dfd/pressroom

LIVE MEDIA EVENTA press briefing featuring a selection of newsworthy research talks will be streamed live from the conference at 1:00pm PST on Monday, November 24 in room Foothill F of the San Francisco Marriott Marquis. For more information, email [email protected] ABOUT THE APS DIVISION OF FLUID DYNAMICSThe Division of Fluid Dynamics (DFD) of the American Physical Society (APS) exists for the advancement and diffusion of knowledge of the physics of fluids with special emphasis on the dynamical theories of the liquid, plastic and gaseous states of matter under all conditions of temperature and pressure. DFD Website: http://www.aps.org/units/dfd/index.cfm