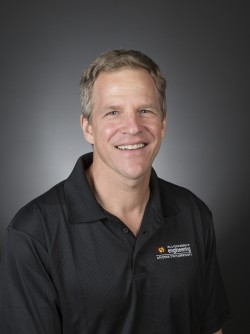 Parazynski is available to comment on the implications of human spaceflight, both for individuals going into space and for mission planners.   Some of the topics Parazynski can address:   • What are the physiological and psychological rigors of human spacelight, and how can an individual prepare for them? • What are some of the considerations for mission planners when humans are aboard? • What have we learned about human spaceflight, and how might it be different today than it was for the Apollo 11 crew or the space shuttle astronauts? • What are the arguments for and against human spaceflight, and what can humans do better than robotic probes and rovers?    Parazynski is a University Explorer and Professor of Practice in ASU’s School of Earth and Space Exploration and School of Biological and Health Systems Engineering. As a veteran of five space shuttle missions, he logged more than eight weeks in space and performed seven spacewalks—including the most dangerous EVA (extravehicular activity) in history. He is a graduate of Stanford Medical School trained in emergency medicine and trauma, and an expert in space physiology with particular expertise in human adaptation to stressful environments. He’s also a scuba diver, mountaineer, and seaplane pilot. He was inducted into the U.S. Astronaut Hall of Fame in 2016.   To reach Scott Parazynski, email John German at [email protected]