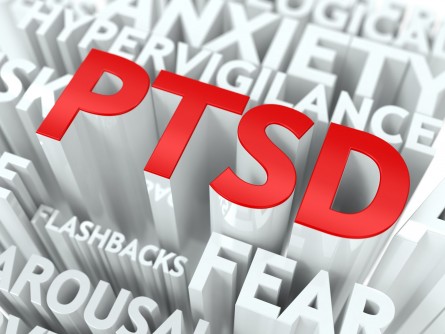 In the study published in the Cambridge University Press journal Psychological Medicine, Maya Khanna, PhD, and Amy S. Badura-Brack, PhD, of the Department of Psychology in the Creighton College of Arts and Sciences, determined veterans with PTSD exhibit deficits in attention allocation and emotional regulation when processing words specific to combat like “raid” or “seize,” but not when processing neutral words such as “bread” or “pen.”

Examining 31 veterans with PTSD and another 20 without the disorder, researchers asked subjects to perform an emotional Stroop task (EST) under magnetoencephalography (MEG) monitoring. Subjects with PTSD were significantly slower in responding to combat-related words, relative to neutral words or words that might be generally threatening. In addition, they did not use brain areas associated with attention allocation and emotional regulation in the same way as did veterans without PTSD.

“PTSD is often associated with attention allocation and emotional regulation difficulties, but the brain dynamics underlying these deficits were unknown before this study,” Khanna said. “The emotional Stroop task is an ideal means to monitor these difficulties, because participants are asked to attend to non-emotional aspects of the stimuli. Neurophysiologically, we found a significant three-way interaction between group, word-type, and time period across multiple brain regions.”

Veterans without PTSD were able to regulate emotion by directing attention away from the threat.

Joining Khanna and Badura-Brack in the publication are researchers from the University of Nebraska Medical Center, Columbia University and Simon Fraser University.