Using Their Heavy Wings, Bats Flip Like an Acrobat to Land Upside-Down 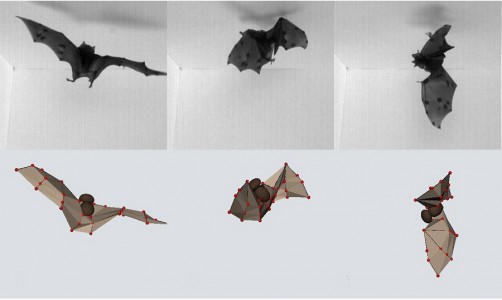 High-speed video and computer models revealed that bats use inertia to make acrobatic flips and land upside down.

Most bats roost by hanging from their feet, which means they must land upside down on cave ceilings. And to stick the landing, they employ similar mechanics as skateboarders and pirouetting figure skaters, according to a new study in PLOS Biology. By using high-speed videos, researchers learned that bats use inertia rather than air flowing over their wings to execute the flip needed to land. And in the cases where they miss the mark, they use the same moves to recover and fly away.