Blamed, Shamed, Misdiagnosed: Inside the World of Psychogenic Seizures

28-Feb-2019 8:05 AM EST, by International League Against Epilepsy
favorite_border 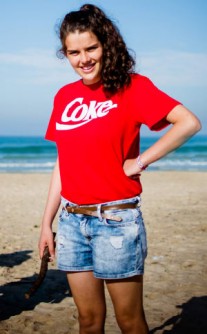 This article is the first of a multi-part series on dissociative seizures, better known as psychogenic non-epileptic seizures, or PNES.

Newswise — It’s 2016 in Buenos Aires, Argentina. Twenty-year-old Mariana is preparing to undergo a video EEG. She was diagnosed with epilepsy at the age of 11, but that diagnosis will soon be changed.

Mariana doesn’t have epilepsy. She has psychogenic non-epileptic seizures, or PNES.

Though its incidence is difficult to quantify, research estimates that PNES affect anywhere from 2 to 33 of every 100,000 people. Up to 75% of people with PNES were first diagnosed with epilepsy, and 20% to 30% of people initially considered to have drug-resistant epilepsy have PNES.

The average delay between an initial epilepsy diagnosis and the eventual identification of PNES is 7 to 10 years. Over that time, patients take anti-epileptic drugs—which sometimes seem to help, which further muddies the waters—and manage drug side effects, as well as doctor visits and continued seizures. About 7% are misdiagnosed with status epilepticus and subject to hospitalization, procedures and tests for a condition they don’t have. Jobs are lost; school is impossible; families fall apart. One study estimated the cost of misdiagnosis at $100,000 per patient.

The seizures go by many names: psychogenic non-epileptic seizures, non-epileptic attack disorder, dissociative seizures, stress-induced seizures, pseudoseizures. Many of the names are confusing, or imply that the seizures aren’t real. Though PNES do not appear on EEG, they are not fabricated. And like epilepsy, PNES can put employment, education, relationships and independence in jeopardy. In 2011, an international consensus clinical practice statement ranked them among the top three neuropsychiatric problems worldwide.

Fourteen-year-old Franci van den Berg is deeply involved in sports, a student leader at an elite school, and “always giving 150%.” Two weeks into her high-school career, she begins having attacks, or “fits.”

Diagnosed with anxiety, she’s prescribed medication and soldiers on. Franci can feel when an attack is coming; she sits on the ground to minimize the risk of injury.

About a month later, her cousin — “we were more like brother and sister, we were close” — is killed by a drunk driver.

“It went downhill after that,” says Franci. “I was at home for four months, and I couldn’t leave because I was worried I’d have an attack.”

A history of "hysteria"

The term hides in plain sight, right in the middle of the word “emotions”: motion. It’s clear that how we feel affects the way we move – whether our mouths curve up into a smile or twist into a grimace; how fast we walk or complete tasks; how we get out of bed in the morning; whether we get out of bed at all.

The idea that buried emotions—a buildup of traumatic experiences and stress—can have physical effects isn’t new. Identified by the ancient Greeks, these physical outbursts—everything from seizures to blindness to uncontrollable laughter—were eventually dubbed “hysteria” and ascribed only to women, considered the weaker and more unreasonable sex.

In 1980, hysteria was retired as a clinical term in the United States, replaced with conversion disorder. This disorder occurs when someone experiences neurological symptoms with no underlying medical illness or injury. It falls into a broader category called functional neurological disorders.

While PNES often are a symptom of conversion disorder, they can be associated with other conditions, such as panic disorder and post-traumatic stress disorder. At their core, these seizures signa a body overwhelmed by stress and, often, previous trauma.

Markus Reuber, professor of clinical neurology at the University of Sheffield, UK, and an honorary consultant neurologist at nearby hospitals, describes PNES as a learned reflex that the brain uses to avoid distress. “The seizure successfully moves the person from that moment to another moment when they may be exhausted and uncomfortable, but the trigger has gone away,” he said.

“They are an avoidance mechanism,” agreed Lorna Myers, psychologist and director of the Northeast Regional Epilepsy Group’s psychogenic non-epileptic seizures program in New York City. “The seizure becomes a well-worn path of response to anything that’s distressing.”

Forty-year-old Audrey Bart has been unemployed for the past two years due to illness. Her family is facing financial stress, and recently she’s started experiencing flashbacks to past abuse.

In the middle of February, Audrey is inexplicably paralyzed and taken to the emergency department, where doctors diagnose her with conversion disorder. The next day she sees a psychiatrist, who confirms the diagnosis.

“It was quite scary because while I knew [the seizures] had to do with the conversion disorder, you’re not quite sure how bad it’s going to get, how long it’s going to take before you’re normal again,” said Audrey. “You’re not sure when it is going to strike.”

Many people with PNES are accused of faking their seizures. Occasionally it’s family members or friends who are the accusers, but often it is medical professionals. Whether the accusations stem from fear of the unknown, cynicism or protecting a professional ego, they lead to anger, disappointment and delays in treatment.

“PNES are just as disabling as epilepsy,” said Myers. “It’s frustrating to hear patients say that they’ve gone to emergency rooms or seen different doctors and they get pushed out the door with ‘This is not a real condition’ and told they’re misusing resources.”

Some may be accused of faking because seizures seem like the ideal fabricated symptom: They attract attention and seem easy to feign. Without objective measures or other information to confirm what’s going on, it’s all too easy to assume that someone could be feigning seizures (which falls under the category of factitious disorder or malingering, depending upon the reason behind the deceit).

That does happen, but not often, said Myers. She estimates that less than 5% of patients with seizures are feigning them. “It’s much more likely that non-epileptic seizures are PNES,” she said. “People with PNES are very sick and they’re desperately looking for help.”

In some cases, people with PNES can respond to questions or react to stimuli, which also can raise suspicion, said Reuber. “[Doubters] can’t get their head around the seizure being an unconscious process that can leave you in a state where you can still respond to your environment,” he said.  However, some people with epilepsy can respond and remember events during seizures as well, so differentiating PNES from epilepsy on these grounds is not reliable.

On May 1, a wildfire ignites just southwest of Fort McMurray, a city of 88,000 people in northeastern Alberta. It spreads quickly, forcing the evacuation of the entire city, including Nathan Koops’ young family. In the end, the blaze would cover an area larger than Hong Kong and become the costliest disaster in Canadian history.

Once his family is safe, 30-year-old Nathan returns to help fight the fire as a first responder.

The following month, Nathan’s daughter is born after a harrowing emergency C-section. Nathan has started having night terrors and is seeing a counselor. Weeks later, his son suffers a serious head injury; soon after, Nathan experiences panic attacks and flashbacks to fighting the wildfire.

In July, the seizures begin. They start as isolated jolts of the head, then progress to encompass his entire body. Seizures send him tumbling off a ladder, and down a flight of stairs. Driving isn’t safe, and he can’t leave the house by himself. When he’s rushed to the hospital, emergency-room personnel claim that Nathan is faking his seizures and his wife is enabling him.

Trauma and PNES: The body keeps the score

Myers estimates that about 90% of people with PNES have a history of trauma, though some can’t remember it or aren’t comfortable talking about it. The remaining 10% may not have experienced trauma, but they have difficulties handling stress. “They’ve often had years of chronic, smaller stressors – it’s worn them down until they crack,” she said. “The seizures are like a stress fracture.”

Besides a conscious or unconscious reminder of past trauma, PNES can be triggered by a stressful event, undergoing surgery, recovery from general anesthesia, hyperventilation or physical trauma. Many people say they can feel a seizure coming on; one study found that experiencing at least 5 panic symptoms before a seizure predicted PNES (rather than epilepsy) 83% of the time.

Sylvia Barr is undergoing a cardiac procedure for atrial fibrillation.  The longtime nurse and social worker has a history of childhood abuse and other trauma, as well as a 30-year history of migraine. Throughout her life she’s dealt with anxiety, depression and anorexia, but she has no history of epilepsy.

About two hours into the procedure, the 61-year-old experiences excruciating chest pain, and paralysis on her left side. She’s convulsing and struggling to breathe. Then everything goes dark, “like ink pouring down a window.” Sylvia wakes up in Intensive Care, her son holding her hand.

With no conclusive evidence that she’s had a stroke, she is prescribed anti-epilepsy medication for the seizures she continues to have. The seizures only worsen, and the medication is stopped.  Over the following weeks, Sylvia experiences memory and mobility problems. The seizures continue. She loses her job, and her driving privileges.

“I was shocked at what had happened to me, and the lack of explanation made it harder,” she said.

Previous diagnoses of anxiety disorders or mood disorders are common in people with PNES, and that they are more likely to describe emotions as being shameful, overwhelming, uncontrollable and damaging.  Compared with the general population, people with PNES tend to have higher cortisol levels and lower heart-rate variability, both markers of chronic stress.

“It doesn’t make sense to think about the PNES process as something that doesn’t involve the brain,” said Reuber. “There is going to be a process in the brain, just as there’s a process that triggers panic attacks or that is involve in flashbacks in post-traumatic stress disorder.”

Better understanding the processes that lead to PNES may help to provide more effective treatment. Currently, only about half of people with PNES achieve seizure freedom, after varying types of psychological intervention.

PNES are thought to be as common as multiple sclerosis or Parkinson’s disease, yet underrecognized, misdiagnosed and mistreated by many health care professionals. Neurologists are uniquely positioned to address this unmet medical need; though they cannot provide treatment, they can be a crucial part of treatment success.

Up next in this series: Communicating a PNES diagnosis and closing the treatment gap