A tiny amount of blood collected from preemies days to weeks after birth could be used to screen for microRNAs linked to the development of abnormal tone, pilot study suggests

31-May-2018 11:05 AM EDT, by Ann and Robert H. Lurie Children's Hospital of Chicago contact patient services 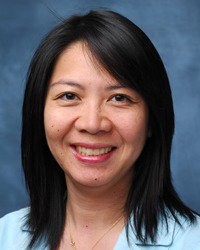 Newswise — As the first step toward predicting cerebral palsy in premature infants, scientists have identified a panel of microRNAs that are changed in babies who later develop abnormal muscle tone. MicroRNAs are small, noncoding RNA molecules that are important regulators of gene expression affecting developmental processes. Searching for microRNAs that could serve as early biomarkers – biological signs of disease – scientists for the first time have demonstrated that it is feasible to evaluate over 750 microRNAs using only one-half milliliter of blood collected from babies weighing less than 1500 grams (or under three pounds). Results were published in Physical Medicine and Rehabilitation – International.

“If our promising results are confirmed in larger, multicenter studies, screening preemies for microRNA biomarkers shortly after birth could allow intervention before cerebral palsy manifests, which is typically at 18 months to 2 years of age,” says senior author Maria Dizon, MD, MSCI, neonatologist at Ann & Robert H. Lurie Children’s Hospital of Chicago and Assistant Professor of Pediatrics at Northwestern University Feinberg School of Medicine. “With earlier diagnosis and therapy, the chances of achieving better motor function are much greater since the central nervous system is most plastic in infants.”

Cerebral palsy is the most common motor disability in childhood, affecting 1 in 323 children in the U.S. It is highly associated with prematurity and very low birth weight, but currently reliable predictors of developing cerebral palsy are lacking. Babies with abnormal muscle tone or intraventricular hemorrhage (IVH or bleeding into the fluid-filled areas inside the brain) are considered to be at risk for cerebral palsy.

“These findings are striking and suggest that specific microRNAs have a role in the abnormal muscle tone development, while microRNAs may be less involved in the development of IVH,” says Dr. Dizon. “The next step will be to validate in larger studies that our top 10 microRNAs from the abnormal tone group can reliably predict abnormal tone and cerebral palsy. We would then have conclusive evidence that these microRNAs can serve as early biomarkers for cerebral palsy in preemies.”

Physical Medicine and Rehabilitation-International, May-2018