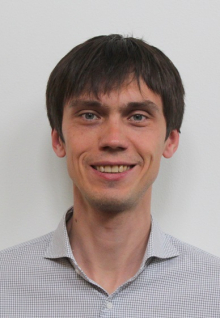 Lukasz Fidkowski, assistant professor of physics at the University of Washington.

Lukasz Fidkowski, an assistant professor of physics at the University of Washington, is one of the winners of a 2020 New Horizons in Physics Prize from the Breakthrough Foundation. The prize to early-career scientists, announced Sept. 5, recognizes Fidkowski and his three co-recipients "for incisive contributions to the understanding of topological states of matter and the relationships between them," according to the citation.

Fidkowski's area of research is in condensed matter physics. This branch of theoretical physics explores the behavior of systems with many degrees of freedom, such as electrons in crystalline solids.

"A key theme in condensed matter physics is that, when you have a high number of particles, the states of matter can be very different and very unexpected compared to if you were dealing with fewer particles," said Fidkowski. "In these systems, exotic behaviors like superconductivity — or current with no resistance — can emerge with the collective behavior of so many particles."

In these large systems, the behavior of matter is neither simple nor straightforward.  Since the particles are so light, quantum mechanics is essential for describing their motion and interactions.  But the sheer number of particles in these systems makes it effectively impossible to solve the equations of motion and calculate the properties of these systems, said Fidkowski.

Fidkowski and his co-laureates — Xie Chen at the California Institute of Technology, Michael Levin at the University of Chicago and Max Metlitski at the Massachusetts Institute of Technology — work on subsets of theories to explain how the topology of a system, or the "shape" of the space the particles occupy, affects their properties and behavior. These so-called "exotic" states of matter include 2D gases and topological insulators, which could have applications in quantum computing.

"Our efforts really sit at the interface of these two fields in physics," said Fidkowski, who joined the UW faculty in 2017. "It's brought us a lot of unexpected and exciting results."

In addition to the New Horizons Prizes, the Breakthrough Foundation annually awards the Breakthrough Prizes, dubbed the "Oscars of Science," to recognize major achievements in the life sciences, fundamental physics and mathematics. The New Horizons Prizes and Breakthrough Prizes will be awarded at a ceremony on Nov. 3 at the NASA Ames Research Center in Mountain View, California. Fidkowski and his three co-laureates will also divide a $100,000 prize from the foundation.