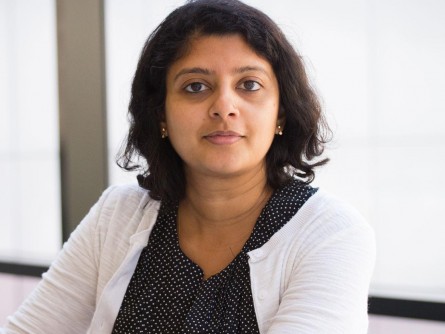 Haricharan studies breast cancer, the second most common cancer for American women. More than 40,000 women in the U.S. die from breast cancer each year. Haricharan is working to uncover how women with estrogen-positive breast cancer develop resistance to hormone-based therapies—which occurs in one-third of patients who receive these treatments. She also studies early genetic changes that could lead to breast cancer, which could yield preventative treatments.

“Svasti is a talented cancer researcher, and we are excited she has chosen to join SBP’s faculty,” says Kristiina Vuori, M.D., Ph.D., president of SBP. “Her arrival further strengthens our efforts in breast cancer research, particularly the area of treatment resistance. We look forward to supporting and working with Dr. Haricharan to find better solutions for breast cancer patients.”

She completed her postdoctoral training at MD Anderson Cancer Center, where she studied the effect of cumulative DNA changes on breast cancer development. Haricharan then moved to Baylor College of Medicine for her second postdoctoral position, which also focused on breast cancer genomics.

“For too many women, breast cancer remains a deadly disease,” says Haricharan. “I am eager to continue my work uncovering the root causes of treatment resistance and tumor development in breast cancer at SBP. The Institute is known for its cutting-edge science, collaborative environment and world-class drug development facilities—all factors that position my research for success.”

Haricharan obtained her Ph.D. in molecular and cellular biology from the Baylor College of Medicine, her master’s degree in genetics from University of Leicester and her bachelor’s degree in zoology from Stella Maris College.

Sanford Burnham Prebys Medical Discovery Institute (SBP) is an independent nonprofit medical research organization that conducts world-class, collaborative, biological research and translates its discoveries for the benefit of patients. SBP focuses its research on cancer, immunity, neurodegeneration, metabolic disorders and rare children’s diseases. The Institute invests in talent, technology and partnerships to accelerate the translation of laboratory discoveries that will have the greatest impact on patients. Recognized for its NCI-designated Cancer Center and the Conrad Prebys Center for Chemical Genomics, SBP employs nearly 900 scientists and staff in San Diego (La Jolla), Calif., and Orlando (Lake Nona), Fla. For more information, visit us at SBPdiscovery.org or on Facebook at facebook.com/SBPdiscovery and on Twitter @SBPdiscovery.