13-May-2014 11:00 AM EDT, by Perelman School of Medicine at the University of Pennsylvania contact patient services
favorite_border 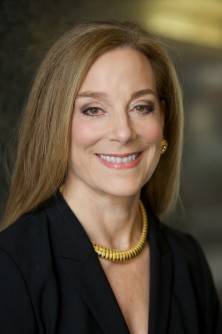 Yvette Sheline, MD, professor of Psychiatry, Radiology and Neurology and director of the Center for Neuromodulation in Depression and Stress, at Penn’s Perelman School of Medicine.

Newswise — PHILADELPHIA – A University of Pennsylvania researcher has discovered that the common selective serotonin reuptake inhibitor (SSRI) citalopram arrested the growth of amyloid beta, a peptide in the brain that clusters in plaques that are thought to trigger the development of Alzheimer’s disease (AD). Penn, in collaboration with investigators at Washington University, tested the drug’s effects on the brain interstitial fluid (ISF) in plaque-bearing mice and the cerebrospinal fluid (CSF) of healthy human subjects to draw its conclusions, which are detailed in the new issue of Science Translational Medicine.

Alzheimer’s disease is the sixth leading cause of death the United States, affecting five million patients, with the numbers expected to leap to approximately 16 million patients in the coming decades, unless preventive measures are developed.

“Our previous studies have shown an association between anti-depressants and the reduction in amyloid burden in the brain,” says the paper’s lead author, Yvette Sheline, MD, professor of Psychiatry, Radiology and Neurology and director of the Center for Neuromodulation in Depression and Stress, at Penn’s Perelman School of Medicine. “Those studies examined a retrospective correlation between the duration of anti-depressant use and amyloid burden shown in PET scans in the brains of elderly volunteers. With this new study we took our research a step further and tested the prospective effect of the SSRI citalopram on the CSF amyloid levels in younger, healthy subjects.” Sheline performed the research while at Washington University.

She again found that citalopram, which is approved by the FDA in 1998 for the treatment of depression, had significant effects.

The brain interstitial fluid (ISF) of transgenic plaque-bearing mice following exposure to citalopram showed that the level of amyloid-beta in the ISF decreased in a dose-dependent manner by as much as 25 percent compared to baseline numbers. In addition, the researchers found that two months of citalopram exposure in plaque-bearing mice resulted in no new plaque development, and no growth of existing plaques compared with a marked increase in plaque growth and development in the control group of mice, who were exposed to sugar water. However, citalopram had little effect on the regression of already existing amyloid plaques.

In a parallel study, 23 healthy human subjects, age 18 to 50 without medical disease and with no previous history of anti-depressant treatment, were administered 60 mg citalopram, roughly equivalent to the dose used in mice.

The double-blind study showed that citalopram was associated with a 38 percent lower A-beta concentration over the 37-hour testing period versus placebo, and showed a reduction in newly-produced A-beta in the citalopram-treated group versus the control group.

SSRIs are thought to produce their antidepressant effect by blocking the reuptake of the neurotransmitter serotonin into the presynaptic terminals of the neurons, increasing the availability of serotonin and reducing A-beta production. Serotonin receptor levels are reduced in brains of patients with AD. In contrast, this newly described effect on the reduction of amyloid protein concentration most likely occurs by a different pathway.The development of safe and effective therapeutic approaches that can reduce CSF A-beta production even modestly may prevent a cascade of neuronal damage, which would have an important impact on preventing or slowing progression to symptomatic AD.

“While these results are an excellent start at lowering A-beta production, we are a long way from making a statement regarding the ability of SSRIs to prevent the cognitive decline associated with AD,” Sheline says. “We are developing a greater understanding of the capabilities of SSRIs, which offer promise for the future as preventive measures, as we continue to uncover the complex mechanisms in the brain that trigger Alzheimer’s and dementia.”

Funding for this research was provided by NIH grants R21 AG03969002, R01 AG04140202, R01 AG042513, R21 NS082529, R01 NS067905, Washington University Hope Center for Neurological Diseases and Washington University Biomedical Mass Spectrometry Resource. # # # Penn Medicine is one of the world's leading academic medical centers, dedicated to the related missions of medical education, biomedical research, and excellence in patient care. Penn Medicine consists of the Raymond and Ruth Perelman School of Medicine at the University of Pennsylvania (founded in 1765 as the nation's first medical school) and the University of Pennsylvania Health System, which together form a $4.3 billion enterprise.The Perelman School of Medicine has been ranked among the top five medical schools in the United States for the past 17 years, according to U.S. News & World Report's survey of research-oriented medical schools. The School is consistently among the nation's top recipients of funding from the National Institutes of Health, with $392 million awarded in the 2013 fiscal year.The University of Pennsylvania Health System's patient care facilities include: The Hospital of the University of Pennsylvania -- recognized as one of the nation's top "Honor Roll" hospitals by U.S. News & World Report; Penn Presbyterian Medical Center; Chester County Hospital; Penn Wissahickon Hospice; and Pennsylvania Hospital -- the nation's first hospital, founded in 1751. Additional affiliated inpatient care facilities and services throughout the Philadelphia region include Chestnut Hill Hospital and Good Shepherd Penn Partners, a partnership between Good Shepherd Rehabilitation Network and Penn Medicine.Penn Medicine is committed to improving lives and health through a variety of community-based programs and activities. In fiscal year 2013, Penn Medicine provided $814 million to benefit our community.