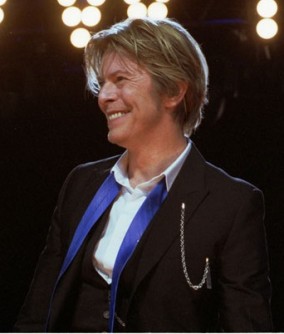 Photo by Adam Bielawski (via Wikipedia)

Newswise — Creative achievement can provide a buffer against being anxious about death, research from psychologists at the University of Kent shows.

Creative people, such as newly-announced Nobel Prize for Literature winner Bob Dylan, are often thought to be motivated by the desire to leave an enduring cultural legacy. Through their creative work, creatives such as Leonard Cohen and David Bowie continue to live on in our culture even after passing away.

Now research, conducted by Rotem Perach, a postgraduate researcher at Kent's School of Psychology under the supervision of Dr Arnaud Wisman, shows that those with high levels of creative ambition and achievement are particularly likely to be more resilient to death concerns.

In what is thought to be the first empirical study of the anxiety-buffering functions of creativity among people for whom creativity constitutes a central part of their cultural worldview, the research analysed findings from a group of 108 students.

In comparison, among those with low levels of creative ambition - whatever their record of creative achievement - thinking about their own mortality did not affect their levels of death-thought accessibility in comparison to controls.

The findings suggest that those who pursue creativity and produce significant creative contributions may benefit from existential security in the face of death.

The paper, entitled Can Creativity Beat Death? A Review and Evidence on the Existential Anxiety Buffering Functions of Creative Achievement, is published in the Journal of Creative Behavior. See: http://onlinelibrary.wiley.com/doi/10.1002/jocb.171/full

For interview requests or more details of the event, contact Martin Herrema at the University of Kent Press Office.