Can You Unconsciously Forget an Experience?

Your psyche is sensitive, and if it blocks an incident, it was for its protection 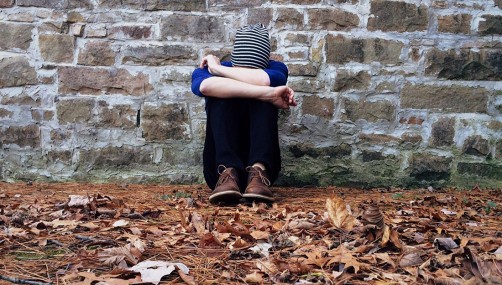 Newswise — Everyone has done something they probably want to forget—falling face first on the stage at your high school graduation or asking a woman how far along she is only to find out she isn’t even pregnant. Wanting to squash these not-so-great memories is human nature, but is it possible to intentionally forget a traumatic experience? Darlene McLaughlin, MD, psychiatrist and clinical assistant professor with the Texas A&M College of Medicine, explains how your mind may help you get through a traumatic event.

How does your memory work?

As Emily Dickinson once said, “the mind is wider than the sky,” and this is very true when it comes to the complexity of storing memories. The cerebrum, or forebrain, makes up the largest part of the brain, and it is covered by a sheet of neural tissue known as the cerebral cortex, which envelops the part of our brain where memories are stored.

Items in short-term memory, such as a telephone number remembered for a few moments, will often be forgotten by the brain unless there is constant repetition. Long-term memory is typically involved in retaining information for lengthier periods of time, like remembering the birth of your child. There is increasing debate over whether we actually forget something, or if it just becomes more difficult to remember.

“How long-term memory functions has multiple answers dependent upon different types of memories and different ways they work,” McLaughlin said. “Procedural memory, the unconscious memory of skills, for example, knowing how to ride a bike, is dependent upon repetition and practice and will operate automatically like muscle memory. Declarative memory, ‘knowing what,’ is memory of facts, experiences and events.”

Although your brain does typically automatically store your experiences into a form of memory, there are times where your brain “walls off” a memory of a traumatic experience—for its own good.

How does your brain cope with trauma?

According to McLaughlin, if the brain registers an overwhelming trauma, then it can essentially block that memory in a process called dissociation—or detachment from reality. “The brain will attempt to protect itself,” she added.

The same way the body can wall-off an abscess or foreign substance to protect the rest of the body, the brain can dissociate from an experience. In the midst of trauma, the brain may wander off and work to avoid the memory. However, not all psyches are alike, and what may be severe trauma for one person may not be as severe for another person.

A person’s genetic makeup and their environment can both contribute to how the trauma is received. There is still a great debate in the scientific community between nature and nurture—the argument that determines if a person’s development is predisposed in their DNA, or if it is influenced mainly by environment— and it can be assumed that both play a role.

“A history of mental illness plays a role on how trauma is received if the person shares the same genetic predisposition as the family member suffering a mental illness,” McLaughlin said. “Also, a child raised in a world where the message is that the parent is loving and present is likely to be more resilient than the child raised in a household that doesn’t feel safe.”

“There is a belief that there is a threshold of trauma where the human brain cannot overcome without dissociation,” McLaughlin said. “Age, genetic factors and environment can contribute to how high that person’s threshold is and how their brain responds to severe trauma.”

These severe types of dissociation are frequently seen with someone who experiences significant trauma, and may not happen to everyone who experiences the same trauma. Dissociation can happen as a part of post-traumatic stress disorder (PTSD), but these conditions can also be independent of each other.

How can someone actively cope with trauma?

It may not be unusual for an individual to see small glimpses of a traumatic memory that they previously could not recall. “What happens sometimes is that as the person becomes distant from the moment of trauma, the brain allows the memory to be released in packets of memory, so they may remember in short flashbacks or intrusive thoughts,” she said.

If someone is dealing with trauma, whether signs of dissociation are present or not, it can be a very overwhelming and scary experience. As these experiences can involve extremely sensitive topics, McLaughlin recommends getting expert help to move forward.

“The very first step is to seek therapy,” McLaughlin said. “Words allow us to get a handle on emotional experiences and memories that are embedded in emotional memory. Whether it’s formal psychological treatment or confiding in a trusted person, it’s best to talk to someone.”