Today, the U.S. Department of Energy (DOE) announced $9.1 million in funding for 13 projects in Quantum Information Science (QIS) with relevance to nuclear physics. Nuclear physics research seeks to discover, explore, and understand all forms of nuclear matter that can exist in the universe – from the subatomic structure of nucleons, to exploding stars, to the emergence of the quark-gluon plasma seconds after the Big Bang.

Today the U.S. Department of Energy (DOE) and the National Science Foundation (NSF) signed a Memorandum of Understanding (MOU) that will continue a longstanding collaboration on scientific and engineering research and enable increased partnership to address the most important challenges of the 21st century.

Can you trust your quantum simulator?

At the scale of individual atoms, physics gets weird. Researchers are working to reveal, harness, and control these strange quantum effects using quantum analog simulators — laboratory experiments that involve super-cooling tens to hundreds of atoms and probing them with finely tuned lasers and magnets. 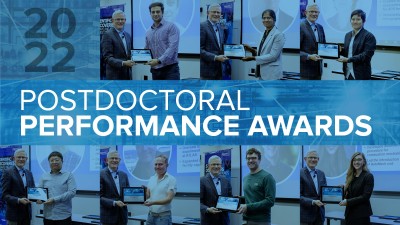 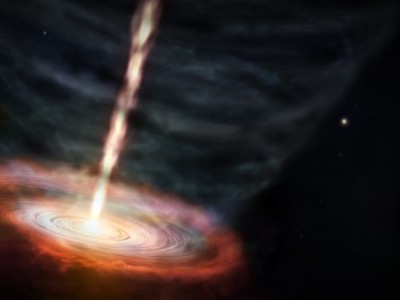 Below are some of the latest articles that have been added to the Space and Astronomy channel on Newswise, a free source for journalists. 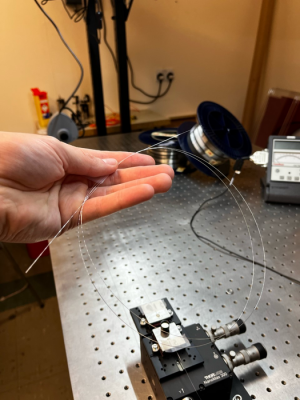 Optical fibres are the backbone of our modern information networks. From long-range communication over the internet to high-speed information transfer within data centres and stock exchanges, optical fibre remains critical in our globalised world.

Today, the U.S. Department of Energy (DOE) announced $56 million to provide research opportunities to historically underrepresented groups and institutions in STEM. The funding, through the DOE Office of Science’s Reaching a New Energy Sciences Workforce (RENEW) initiative, will support internships, mentorship, and training programs at Historically Black Colleges and Universities (HBCUs), other Minority Serving Institutions (MSIs), and other research institutions. These investments will diversify American leadership in the physical, biological, and computational sciences to ensure America’s best and brightest students have pathways to STEM fields. 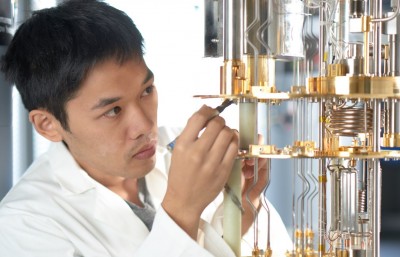 Dr. Michael Stern and co-workers from the Department of Physics and Quantum Entanglement Science and Technology (QUEST) Center at Bar-Ilan University in Israel are attempting to build superconducting processors based on a type of circuit called superconducting flux qubits. A flux qubit is a micron-sized superconducting loop where electrical current can flow clockwise or counter-clockwise, or in a quantum superposition of both directions. Contrary to transmon qubits, these flux qubits are highly non-linear objects and can thus be manipulated on very short time scales with high fidelity. The main drawback of flux qubits, however, is that they are particularly difficult to control and to fabricate. This leads to sizeable irreproducibility and has limited their use in the industry until now to quantum annealing optimization processes such as the ones realized by D-Wave. Using a novel fabrication technique and state-of the-art equipment, a group led by Dr. Stern, in collaboration with Pr Meet Adrien Florio, a postdoctoral research associate and fellow in Brookhaven Lab’s Nuclear Theory Group that is contributing his unique perspective and experience to the Co-design Center for Quantum Advantage's theory and applications subthrust.

This year’s Nobel Prize in Physics celebrated the fundamental interest of quantum entanglement, and also envisioned the potential applications in “the second quantum revolution” — a new age when we are able to manipulate the weirdness of quantum mechanics, including quantum superposition and entanglement.

A year in review: Argonne’s breakthroughs in 2022

Argonne researchers put their stamp on 2022 with accomplishments as varied as quantum science, wearable medical sensors, and climate change resilience and recovery. 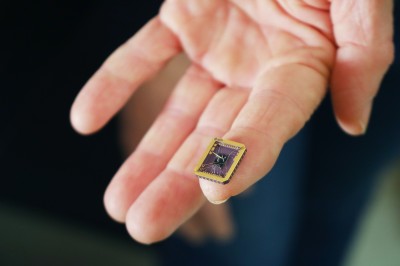 At the Edge of Graphene-Based Electronics

Researchers at the Georgia Institute of Technology have developed a new graphene-based nanoelectronics platform that could be the key to finding a successor to silicon. The team may have also discovered a new quasiparticle. Their discovery could lead to manufacturing smaller, faster, more efficient, and more sustainable computer chips, and has potential implications for quantum and high-performance computing. 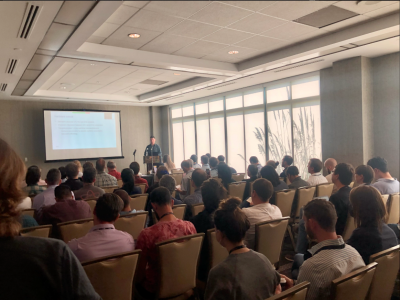 One of the most highly-attended workshops at the 2022 IEEE Quantum Week was organized by researchers from the Advanced Quantum Testbed (AQT) at Lawrence Berkeley National Lab (Berkeley Lab). Motivated by deep scientific inquiry and technological needs, the one-day hybrid workshop was titled “Classical Control Systems for Quantum Computing.” 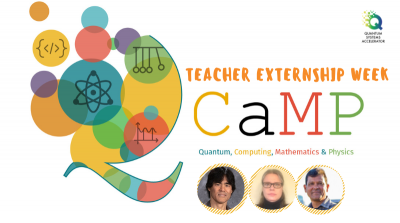 The Quantum Systems Accelerator, a National Quantum Information Science Research Center led by Berkeley Lab, is stepping up efforts for quantum education and outreach, especially at the high school level, which traditionally has not been regarded as an entry point to quantum science. The outreach should help fill the increasing number of job vacancies in this fast-growing and developing field. 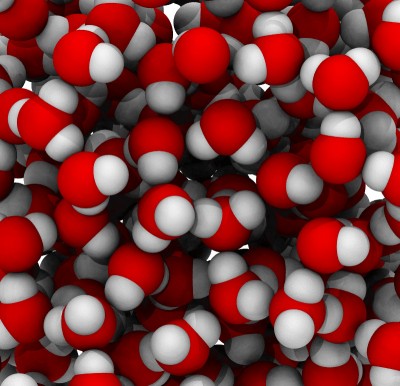 New research from the Georgia Institute of Technology uses machine learning models to better understand water’s phase changes, opening more avenues for a better theoretical understanding of various substances. With this technique, the researchers found strong computational evidence in support of water’s liquid-liquid transition that can be applied to real-world systems that use water to operate.

The Q-NEXT quantum research center has released a quantum technology roadmap that outlines the research and scientific discoveries needed for distributing quantum information on a 10- to 15-year timescale. 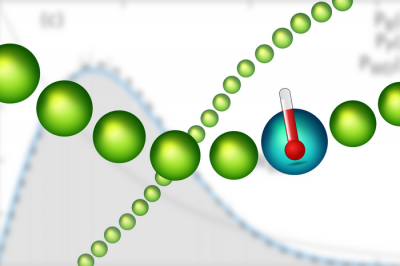 A single particle has no temperature. It has a certain energy or a certain speed - but it is not possible to translate that into a temperature. 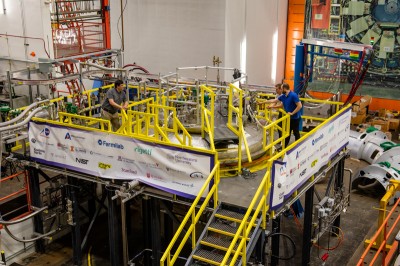 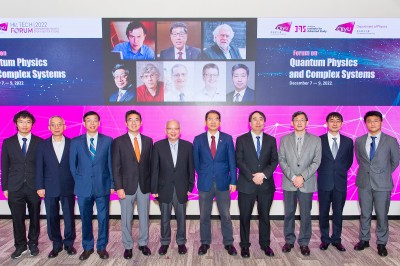 Leading academic and industry researchers in the rapidly developing fields of quantum computation, quantum physics, and related areas gathered at the HK Tech Forum on Quantum Physics and Complex Systems hosted by the Hong Kong Institute for Advanced Study at City University of Hong Kong (CityU) from 7 to 9 December. 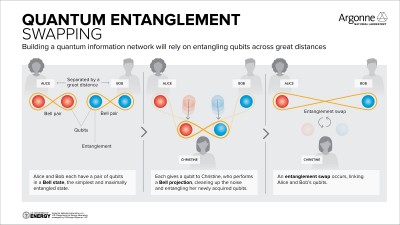 Quantum repeaters and their role in information technology

What are quantum repeaters, and how do they work? This explainer lays what these devices do, their role in entanglement swapping, and how the Q-NEXT quantum center is advancing the technology. 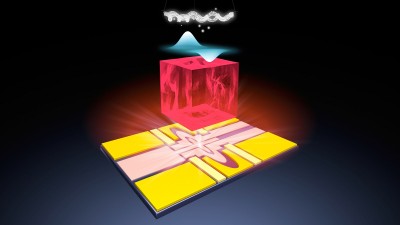 Media Tip: The quest for an ideal quantum bit

Scientists have developed a qubit platform formed by freezing neon gas into a solid, spraying electrons from a light bulb’s filament onto it, and trapping a single electron there. This system shows great promise as an ideal building block for quantum computers.

Adaptable and versatile, molecular qubits hold promise for numerous quantum applications. By altering the qubit's host environment, a team supported by the Q-NEXT quantum center has extended the length of time these qubits can maintain information. 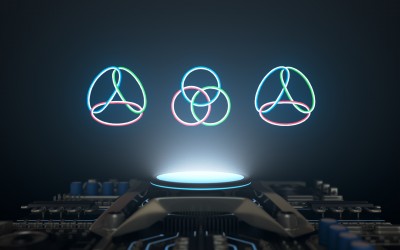 Mathematical analysis identifies a vortex structure that is impervious to decay.

Entangled photons to take pictures in the dark

During photosynthesis, a chemical reaction jumpstarted by sunlight breaks down chemicals into the food plants need to repair themselves and to grow. But as researchers attempt to better understand photosynthesis, they have hit a roadblock when it comes to being able to see the fundamental structures and processes in a plant. 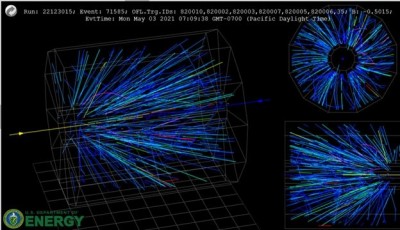 Heavy ion collisions using gold nuclei found a phase of nuclear matter with freely moving quarks and gluons, the Quark Gluon Plasma (QGP). Scientists are aiming to establish if a critical point exists in the phase diagram of nuclear matter, where the QGP would coexist with a gas of protons, neutrons, and other particles. Research at the Relativistic Heavy Ion Collider indicates that if this critical point exists, it is between energies of 3 and 20 giga-electron volts. 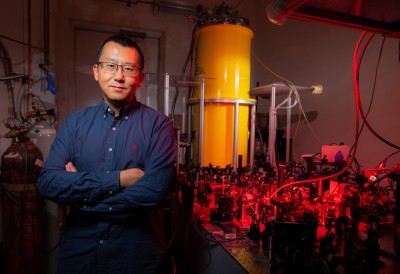 Jigang Wang's extreme-scale nanoscope is beginning to collect data about how pulses of light at trillions of cycles per second can control supercurrents in materials. The instrument could one day help optimize superconducting quantum bits, which are at the heart of quantum computing. 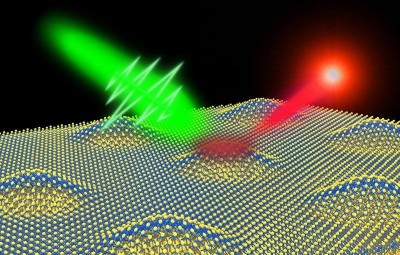 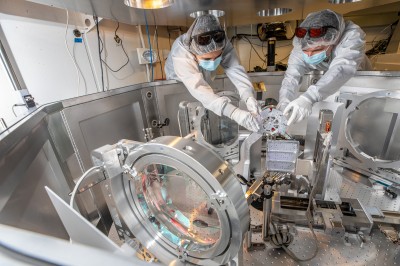 Things are looking brighter than ever at the Berkeley Lab Laser Accelerator Center. A recently completed upgrade will expand the center’s capabilities into new areas, including studies of particle acceleration, extremely hot plasmas, cancer treatment techniques, and materials for quantum science.

Lancaster University has won a £1.3M award for research into quantum turbulence.

In recent years, research and development on quantum computers has made considerable progress.

Researchers have demonstrated a way to entangle atoms to create a network of atomic clocks and accelerometers. The method has resulted in greater precision in measuring time and acceleration. 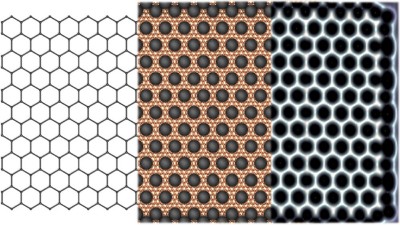 Scientists construct novel quantum testbed one atom at a time

Scientists at Argonne National Laboratory created a novel testbed to explore the behavior of electrons in a special class of materials called topological insulators, which could see applications in quantum computing. 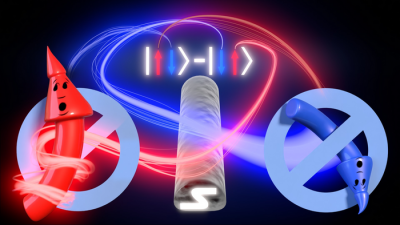 Physicists at the University of Basel have experimentally demonstrated for the first time that there is a negative correlation between the two spins of an entangled pair of electrons from a superconductor. 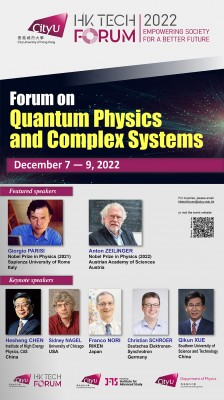 A central theme of quantum science and technology is the investigation of the properties and the uses of quantum interactions, the characteristic correlations among constituents of a quantum system that have no analogous counterparts in classical systems. 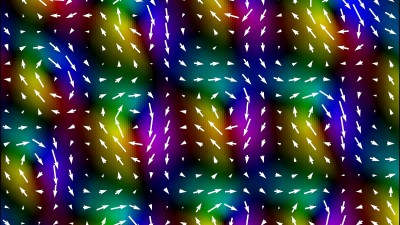 A possible game changer for next generation microelectronics

Researchers have discovered new properties of tiny magnetic whirlpools called skyrmions. Their pivotal discovery could lead to a new generation of microelectronics for memory storage with vastly improved energy efficiency.

For the first time in experimental history, researchers at the Institute for Quantum Computing (IQC) have created a device that generates twisted neutrons with well-defined orbital angular momentum.

Exploring the duality of gravity and gauge theory

The gauge/gravity duality states that gravity and quantum spacetime emerge from a quantum gauge theory, which lives at the boundary between both theories.

Research led by the University of Amsterdam has demonstrated that elusive radiation coming from black holes can be studied by mimicking it in the lab. 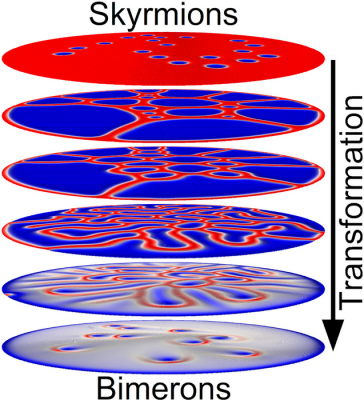 Skyrmions and bimerons are fundamental topological spin textures in magnetic thin films with asymmetric exchange interactions and they can be used as information carrier for next generation low energy consumption memory, advanced neuromorphic computing, and advanced quantum computing as they have multiple degrees of freedom that can carry information. 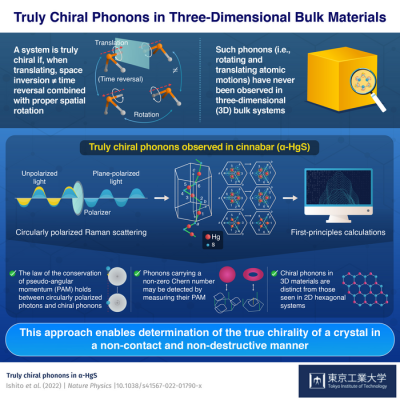 Chirality is the breaking of reflection and inversion symmetries.

Researchers at the University of Chicago’s Pritzker School of Molecular Engineering (PME) have discovered a new material, MnBi6Te10, which can be used to create quantum highways along which electrons can move. These electron thoroughfares are potentially useful in connecting the internal components of powerful, energy-efficient quantum computers. 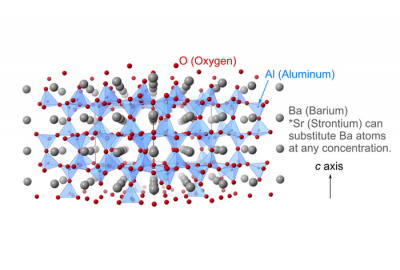 If you have ever watched water freeze to ice, you have witnessed what physicists call a "phase transition." Osaka Metropolitan University scientists have discovered an unprecedented phase transition during which crystals achieve amorphous characteristics while retaining their crystalline properties.

Over the past years, the Hong Kong Institute for Advanced Study (HKIAS) has made several strategic investments in its future.

Experts in quantum information science and engineering will come together on November 14-15 in Chicago to share their insights and experiences from the forefront of this growing field. The fifth annual Chicago Quantum Summit, hosted by the Chicago Quantum Exchange, will convene academic, government, and industry leaders in quantum information science and engineering. 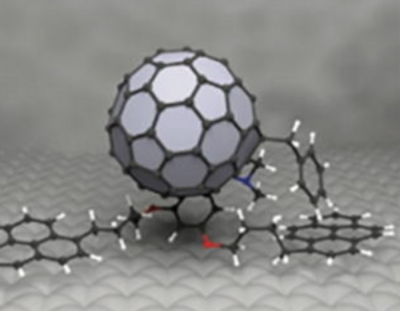 Magnetic Molecules on Surfaces: Advances and Challenges in Molecular Nanoscience

In the field of molecular magnetism, the design of devices with technological applications at the nanoscale —quantum computing, molecular spintronics, magnetic cooling, nanomedicine, high-density information storage, etc.— requires those magnetic molecules that are placed on the surface to preserve their structure, functionality and properties.

Quantum dots are clusters of some 1,000 atoms which act as one large ‘super-atom’. It is possible to accurately design the electronic properties of these dots just by changing their size. 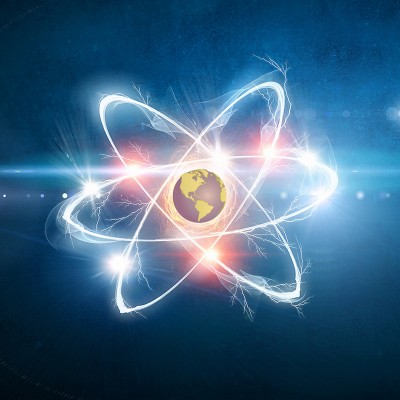 A seismic shift in advanced technology is on the way. The Quantum Collaborative is Arizona State University’s answer to this upheaval, uniting quantum technology research efforts and developing a prepared workforce.