Chikungunya Fever Spreads Throughout the US 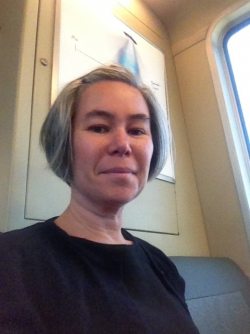 WHO: Dr. Chau Kelly, assistant professor of history at the University of North Florida

WHAT: Spread of Chikungunya Fever Throughout the U.S. The CDC has declared there are 129 confirmed cases of Chikungunya in the USA as of today. It's been confirmed in 27 states and the expectation is that it will spread to the United States and local cases of transmission will occur. The greatest concern is that the majority of people lack immunity to the disease.

• Background information about chikungunya fever’s origins • Its spread to the Caribbean/Brazil• Chances of people returning from the World Cup with this infection• Its transmission, symptoms• Importance of prevention by mitigating standing water in and around their homes.

Dr. Chau Kelly earned her PhD at the University of California at Davis. She taught at public and private universities in California before joining the faculty at the University of North Florida in August 2011. Her scholarship analyzes the nexus between development, environmental change and public health in colonial Tanzania. She is particularly interested in how infectious disease outbreaks were managed and why Britain emphasized biological controls over medical interventions. She has also has considerable first-hand experience managing infectious disease having lived in several developing countries. Dr. Kelly teaches courses about Africa (such as War, Genocide and HIV; Ancient Africa), a Global History of Science and Technology, and seminars on Modern Imperialism.