Women Less at Risk than Men for Healthcare-Associated Infections

30-May-2013 1:00 PM EDT, by Columbia University School of Nursing
favorite_border 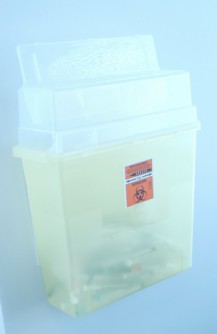 Results also showed the differences in gender for infection rates were less in young children less than twelve years old and in adults over the age of seventy.

The study, “Gender Differences in Risk of Bloodstream and Surgical Site Infections,” was published in the Journal of General Internal Medicine.

“By understanding the factors that put patients at risk for infections, clinicians may be able to design targeted prevention and surveillance strategies to improve infection rates and outcomes,” says Bevin Cohen, MPH, Program Director, Center for Interdisciplinary Research to Prevent Infections (CIRI) at Columbia University School of Nursing, and the lead author of the study.

All study data were collected retrospectively from electronic sources shared by a tertiary care hospital, a pediatric acute care hospital, and a community hospital within a large, academically affiliated hospital network in New York City.

A possible reason for the gender differences in both BSI and SSI incidence may be the biological differences between men and women’s skin. The authors reference several studies that have found that bacterial colonization of the skin surrounding a central venous catheter at the insertion site is greater on men than on women.

Says Cohen: “In addition to using enhanced infection risk profiles to improve infection rates, it may be sensible to conduct specialized preoperative skin decontamination procedures and postoperative wound care for men to further reduce the risk of infection.”

Columbia University School of Nursing is part of the Columbia University Medical Center, which also includes the College of Physicians & Surgeons, the Mailman School of Public Health, and the College of Dental Medicine. With close to 100 full-time faculty and 600 students, the School of Nursing is dedicated to educating the next generation of nurse leaders in education, research, and clinical care. The School has pioneered advanced practice nursing curricula and continues to define the role of nursing and nursing research through its PhD program which prepares nurse scientists, and its Doctor of Nursing Practice (DNP), the first clinical practice doctorate in the nation. Among the clinical practice areas shaped by the School’s research are the reduction of infectious disease and the use of health care informatics to improve health and health care. For more information, please visit: www.nursing.columbia.edu.