Controlling Energy Production by Calcium Is an Organ-Specific Affair

Changing the composition of the mitochondrial calcium portal helps match the energy needs of tissues to the energy output, and may also help explain why organs fail 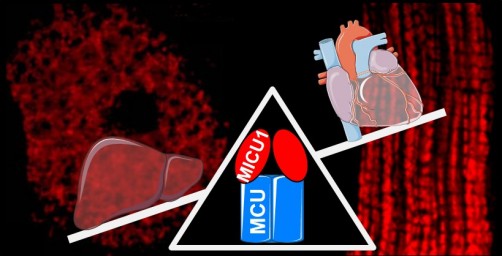 Newswise — PHILADELPHIA (March 7, 2017) — A heart beat begins with a rush of calcium into the heart cell followed by a burst of energy from the resident mitochondria. These two events occur with each beat. Yet these events are not confined to heart cells and in fact occur in the cells of many other organs. A fundamental question researchers have asked is how different patterns of calcium intake can be linked to the very different energy needs of, for example, an incessantly beating heart cell compared to a liver cell that receives less regular calcium signals.

Now, researchers at Thomas Jefferson University have shown that the composition of the mitochondrial calcium portal (the protein that regulates when and how much calcium enters) is different depending on the organ in the body, and this difference allows mitochondria to tune their energy output by decoding a pattern of amplitude and/or frequency of calcium oscillations inside a cell. The results, published March 7 in the journal Cell Reports, could shed light on our basic understanding of organ health and disease.

“The mitochondria have to adjust the energy production to meet the metabolic needs of the tissue, whether it’s in the heart, the liver, or the muscle,” says Gyorgy Hajnoczky, M.D., Ph.D., the Raphael Rubin Endowed Chair and Professor of Pathology, Anatomy and Cell Biology at Thomas Jefferson University and Director of the Jefferson MitoCare Center.

Dr. Hajnoczky and colleagues Gyorgy Csordas, M.D. and Erin Seifert, Ph.D., faculty at the MitoCare Center, looked at the composition of the mitochondrial calcium portal in three tissue types of mice: heart, liver and skeletal muscle, and noticed that the ratio of the main channel protein, called MCU, and a regulator protein, called MICU1, varied across tissue types. They and others had previously shown that MICU1 is a calcium sensing master switch that both seals the channel until a threshold is reached then expedites its activation.

Strikingly, the group found that the liver contained a high amount of the regulator protein relative to the amount of the channel protein, whereas the heart had a lower ratio of regulator protein. This meant that liver cells have mitochondrial calcium channels that are more likely to be under the control of the regulator, while heart cells have less guarded mitochondrial calcium channels.

To test if heart mitochondria can be as discriminating as liver mitochondria, the researchers looked at mice that were experimentally treated to produce more of the MICU1 regulator protein in their heart cells. As a result, the heart became weaker, and had more characteristics of a failing heart. This suggests that having a relatively unguarded mitochondrial calcium channel in the heart is crucial for the proper functioning of the heart, and that this is likely because the unguarded channel allows enough calcium uptake into the mitochondria to match energy production to the energy needs of the heart.

“It is enticing to wonder whether an aging or failing heart may be one whose calcium uniporter [portal protein] is also failing, causing its mitochondrial function to slow to the point that it is unable to keep up with the energy demands,” says first author Melanie Paillard, Ph.D., who completed the research as a postdoctoral fellow in Dr. Hajnoczky’s lab, and is currently at CarMeN laboratory, team 5-Cardioprotection in Lyon, France.

Interestingly, in a previously published study by the same group, when the researchers performed the reverse experiment -- reducing the regulator protein in liver cells, which normally have higher levels -- the liver cells became more heart-like. The threshold for opening and creating a calcium spike was lower, which meant that the liver mitochondria was exposed to more calcium than normal. “As a result,” says Dr. Hajnoczky “the liver was more susceptible to damage and injury because the mitochondria were exposed to too much energy.”

“These studies give us insight into the basic physiology and how those protein-level players may be involved in normal and disease states,” says Dr. Hajnoczky. “Future work will delve further into how changes in these mitochondrial proteins affect disease.”

The study was funded by an NIH grant (RO1 GM102724). The authors report no conflicts of interest.

About Jefferson Jefferson, through its academic and clinical entities of Thomas Jefferson University and Jefferson Health, including Abington Health and Aria Health, is reimagining health care for the greater Philadelphia region and southern New Jersey. Jefferson has 23,000 people dedicated to providing the highest-quality, compassionate clinical care for patients, educating the health professionals of tomorrow, and discovering new treatments and therapies to define the future of care. With a university and hospital that date back to 1824, today Jefferson is comprised of six colleges, nine hospitals, 34 outpatient and urgent care locations, and a multitude of physician practices throughout the region, serving more than 100,000 inpatients, 373,000 emergency patients and 2.2 million outpatients annually.