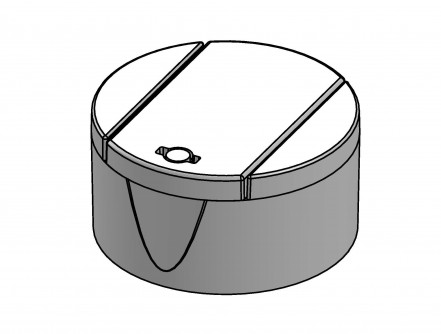 Newswise — Auburn, NY Currier Plastics has been granted a United States Patent for their new design of a Tamper Evident (TE) closure. The Research and Development (R&D) Team at Currier spent the last 3 years in the design, development and testing of their TE closure design. After multiple concept iterations, they decided to focus on one design in particular and the Currier team expects their design to cross over into multiple markets including medical, healthcare and personal care.

Currier’s R&D team spent a great deal of time listening to their client’s describe a need for TE packaging and so the team put forth the effort to do the research of current TE closure systems currently available in the market today. “We channeled our closure intelligence into a fully operational prototype system which includes the TE closure and secondarily designed a bottle which has the specific neck geometry to prove the successful operation of our TE closure concept, and it functions as designed,” says Gary Kieffer, VP of New Product Development and one of the inventors of the TE closure.

One of the positive features that Currier designed into their TE closure includes a confirmation window which provides an immediate indication that the lid has been opened. The TE closure design includes a frangible TE finger that keeps the lid in the closed position. When the lid is lifted, the finger becomes separated from the lid and is captive between the lid and the bottle neck. When Currier built the prototype closure, they also designed a bottle and built prototype samples of both the closure and the bottle to complete testing.

The team received their United States Patent on May 16, 2017. The TE closure will be beneficial to multiple industries such as in vitro diagnostics and medical packaging, where there is a focus on health safety and reliability.