Daily Wheezing Treatment No Different from Intermittent in Toddlers 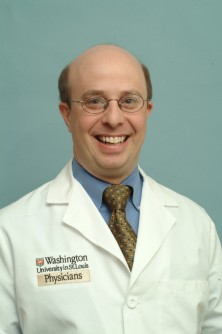 Newswise — Pediatricians often treat young children who have frequent bouts of wheezing with a daily dose of an inhaled steroid to keep asthma symptoms at bay. But results of a recent study are likely to change that.

A group of pediatric asthma researchers nationwide, including at Washington University School of Medicine in St. Louis, found that daily inhaled steroid treatment was no different from preventing wheezing episodes than treating the child with higher doses of the drug at the first signs of a respiratory tract infection. They also found that daily treatment was comparable to use of the inhaled steroid intermittently at decreasing the severity of respiratory-tract illnesses, reducing the number of episode-free days or school absences, lowering the need for a “rescue” inhaler for acute asthma symptoms, improving quality of life or reducing visits to urgent care or the emergency room.

The researchers, who make up the National Institutes of Health (NIH)-funded Childhood Asthma Research and Education (CARE) Network, studied nearly 300 preschool-age children with frequent wheezing and at high risk for future persistent asthma in a trial called MIST (Maintenance and Intermittent Inhaled Corticosteroids in Wheezing Toddlers). Their findings are published in the Nov. 24, 2011, issue of The New England Journal of Medicine.

“We wanted to understand how to best treat young children who have repeated episodes of wheezing, most of whom appear symptomatic just when they have colds,” says Leonard B. Bacharier, MD, a Washington University pediatric asthma and allergy specialist at St. Louis Children’s Hospital. “Our goal was to start therapy at the first signs of a viral respiratory tract infection or cold to interrupt or slow the progression of symptoms. This trial was aimed to try to prevent wheezing severe enough that requires oral steroids and really gets in the way of children’s lives.”

A 2006 study by the same group of researchers, called the PEAK trial (Prevention of Early Asthma in Kids) found that daily treatment was effective in reducing episodes of wheezing requiring oral steroids. However, physicians and parents reported concerns about the drug’s effects on growth and are often reluctant to follow the treatment plan, so the researchers began to look for an alternative.

Children in the yearlong MIST trial were between 12 months and 53 months old, had recurrent wheezing and were at high risk for a worsening of asthma-like symptoms that could require treatment with oral steroids and/or a visit to urgent care or emergency room. During the trial, the children received either a dose of budesonide once a day through a nebulizer or an inactive placebo. At the first signs of a respiratory tract illness, those children who received the inactive placebo received a higher dose of budesonide twice a day, while those who received daily budesonide received a placebo twice daily and kept taking their regular budesonide. Neither the patients nor the physicians knew who received the active drug until the trial was over.

During the study, parents were asked to keep a daily diary of symptoms, such as coughing, wheezing, difficulty breathing or other symptoms that interfered with normal activities, as well as a list of medications, visits to a health-care provider or absences from daycare or school.

Because previous studies had shown that daily inhaled corticosteroid therapy was more effective than placebo, the researchers expected to see the same in the MIST trial. But that’s not what they found.

The results show there are a variety of treatments physicians can consider for children with frequent wheezing, Bacharier says.

“While daily therapy continues to be the recommended approach, in this group of children, whose disease is really evident only during respiratory tract illnesses with very few or no symptoms outside of that, instructing parents to treat them at the earliest signs of illness with a high dose of inhaled steroid diminishes the likelihood of an episode of illness requiring oral steroids comparable to giving them daily therapy,” Bacharier says.