Researchers have found a cellular defect that can impair the body’s ability to handle high glucose levels, pointing the way to new treatments for diabetes. Read more: http://newsroom.cumc.columbia.edu/blog/2015/04/07/cellular-defect-linked-diabetes 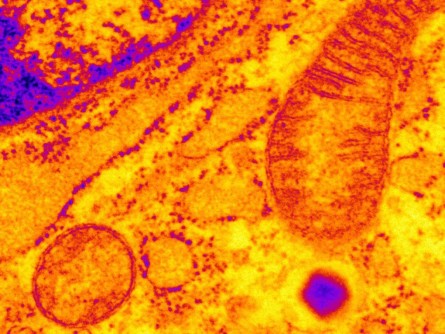 Newswise — NEW YORK, NY (April 6, 2015) —A cellular defect that can impair the body’s ability to handle high glucose levels and could point the way to a potential new treatment for diabetes has been identified by Columbia University Medical Center (CUMC) researchers. The CUMC team found that ryanodine receptor type 2 (RyR2) calcium channels in insulin-producing cells play an important and previously underappreciated role in glucose balance.

RyR2 channels control intracellular calcium release. When leaky, they were found to reduce insulin release from the pancreas, resulting in high blood sugar levels in a test that measures the ability to regulate glucose. The researchers also demonstrated, in a mouse model of diabetes, that these leaks can be stopped and glucose levels normalized with an experimental drug called Rycal. The findings were published today in the online edition of the Journal of Clinical Investigation.

“We’ve known that calcium in the pancreatic beta cells plays a significant role in regulating insulin secretion, but calcium levels were thought to be controlled largely by the entry of calcium into the cell,” said senior author Andrew R. Marks, MD, professor and chair of physiology and cellular biophysics. “It turns out that there’s another mechanism in pancreatic beta cells that also controls calcium. This mechanism involves RyR2 channels, and leaks in these channels can lead to impaired glucose tolerance. These findings open up a whole new area of research into the molecular underpinnings of prediabetes and diabetes and point to potential therapeutic targets.”

The CUMC researchers were initially studying a rare form of exercise-induced arrhythmia called catecholaminergic polymorphic ventricular tachycardia (CPVT), which can be caused by mutations in the RyR2 gene. “When we generated murine models of CPVT that harbor mutations in the RyR2 channels that make them leaky, we observed that they weren’t secreting enough insulin in response to glucose,” said lead author Gaetano Santulli, MD, PhD, a cardiologist working in Dr. Marks’ lab. “Since RyR2 channels are also expressed in pancreatic cells, we wondered whether they were mechanistically contributing to the glucose imbalance.”

To learn more, the researchers performed glucose tolerance tests on 27 CPVT patients with known mutations that make the RyR2 channels leaky. Many of these individuals exhibited reduced serum insulin levels and higher-than-normal blood sugar following a glucose challenge—a novel finding in this type of patient. “This was completely unexpected, and it suggested we were on to something important in terms of understanding diabetes,” said Dr. Marks, who is also the Clyde and Helen Wu Professor of Medicine and founding director of the Helen and Clyde Wu Center for Molecular Cardiology.

The researchers then turned back to the mouse models of CPVT, in an effort to determine what role, if any, RyR2s might play in impaired glucose tolerance. “Pancreatic beta cells were found to have leaky RyR2s, which were disrupting the function of mitochondria that provide cells with energy required for insulin release. The dysfunction was consistent with mitochondrial alterations that have been described in pancreatic beta cells from patients with type 2 diabetes,” said Dr. Santulli.

The researchers then tested the effects of a Rycal (an experimental drug that Dr. Marks’ team has shown can stop RyR2 leak) on CPVT mice with RyR2 mutations and on type 2 diabetic mice. The drug improved insulin secretion and glucose tolerance in both mouse models.

“The advantage of a Rycal is that many drugs now used to treat type 2 diabetes increase the risk for low blood sugar and for heart disease,” said Dr. Marks. “Based on the mechanism of action of Rycals, we would not expect this drug to cause either of these. Also, Rycals are currently being tested in patients with heart disease and muscle disorders and have a good safety record so far.”

Dr. Marks is a consultant and board member of ARMGO Pharma, Inc., which is targeting RyR channels for therapeutic purposes. The other authors declare no financial or other conflicts of interest. 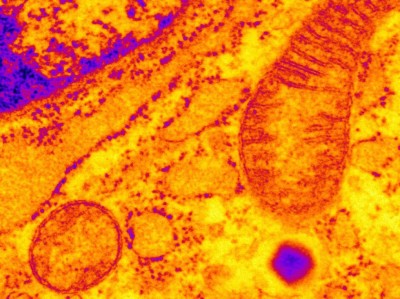