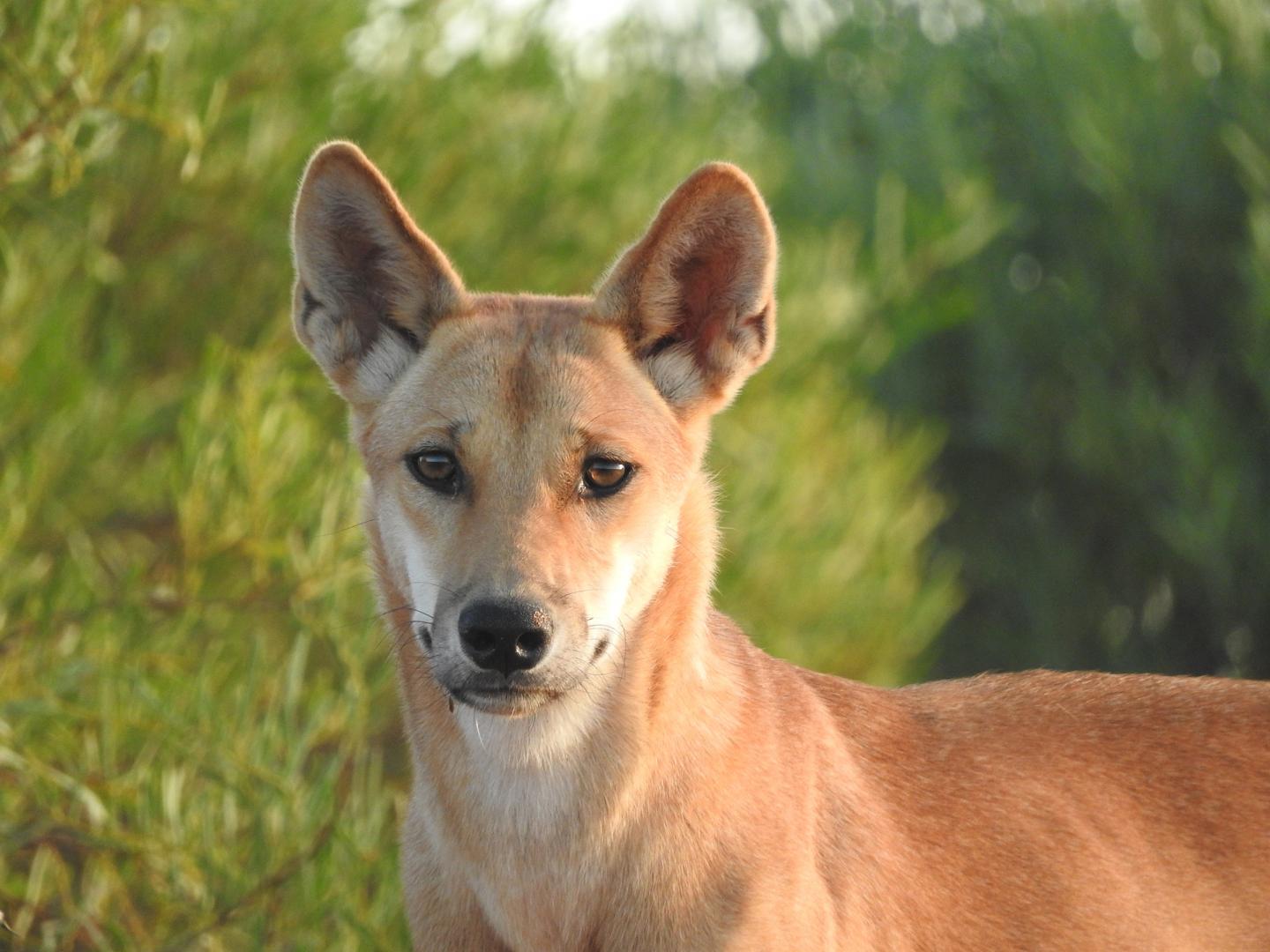 A growth spurt: dingoes have been getting bigger since the introduction of 1080 poison baiting.

Newswise — Dingoes have gotten around 6-9 per cent bigger over the past 80 years, new research from UNSW and the University of Sydney shows - but the growth is only happening in areas where poison baiting is used.

The findings, published in the Biological Journal of the Linnean Society over the weekend, compared the sizes of dingoes that lived in three baited regions (Kalgoorlie, Pilbara and pastoral South Australia), with those from an unbaited region that stretched from Northern Territory to South Australia.

The scientists measured the skull size - which is a marker of animal size - of nearly 600 dingo specimens originating from the sites.

"Skulls from the baited regions grew by about four millimetres since poison baiting was introduced," says Michael Letnic, lead author of the paper and professor in conservation biology and ecosystem restoration at UNSW Science.

"This equates to roughly a kilogram in body mass."

The question is: why are dingoes in poison-baited areas growing?

"The most likely theory is that dingoes who survive baiting campaigns have less competition for food," says co-author Associate Professor Mathew Crowther from the University of Sydney.

He explains that dingoes' primary prey, kangaroos, have been shown to increase in numbers when dingo populations are suppressed.

The pesticide sodium fluoroacetate - known as 1080 (pronounced 'ten eighty') - is commonly used across Australia to control dingo and other pest populations.

A flavourless white powder, 1080 is usually stuck into meat baits and left in dingo hotspots, often via helicopter drops. Baiting was rolled out in Kalgoorlie, Pilbara and pastoral South Australia over the 1960s and 70s.

Dingoes from the unbaited region - which included Indigenous-owned lands and conservation reserves - saw no change in body size.

This is not the first time a pesticide has been linked to changes in animal bodies.

"Our interventions have consequences - and they're actually quite predictable consequences," says Prof. Letnic.

"Whatever pressures we put on animal populations - be it pesticides or not - there will be side effects."

Scientists usually observe these impacts in invertebrate pests: for example, some insects - like cockroaches - are becoming more resistant to the insecticides used on them.

However, this study is one of the first to show that vertebrates, like dingoes, also change from pesticide use.

"Poison baiting campaigns could be favouring the survival of larger dingoes," says A/Prof. Crowther. "Smaller dingoes need less poison for a lethal dose, so are more likely to be killed by baiting. This leaves the larger dingoes to survive and breed."

As a result of their growing size, the 1080 dose required to kill a dingo in the baited regions has increased since the toxin was introduced.

"The reaction to this finding may be to add more poison to the baits, or to find a new poison," says Prof. Letnic. "But, eventually, the cycle will start again."

Looking for an explanation

The exact mechanisms at play are still unclear - but a greater abundance of food post-baiting and dingoes adapting to the poison are likely the most influential factors.

Other factors that could have potentially led to the dingoes' growth, like climate change or interbreeding with dogs, seem unlikely.

"We only tested dingoes in areas that have very low dog hybridisation rates, making it highly unlikely that dog genetics are contributing to the size growth," says Prof. Letnic. Most dingo-dog hybridisation, he explains, occurs on the east coast of Australia.

The researchers also suggest that - if anything - a warming climate would decrease dingoes' body size, as cooler conditions favour larger animals.

Further studies that use a broader sample of dingoes from across Australia could help better understand the cause of the dingo body change.

In the meantime, the researchers hope to explore other ecological impacts of 1080 baiting.

"Baiting is changing dingoes, so it could be changing other animal populations," says Prof. Letnic.

"Animals respond to human interventions, whether directly or indirectly. The changes could well be adaptive, and we must think about that."