Don’t Farm on Me: Northern Europeans to Neolithic Interlopers 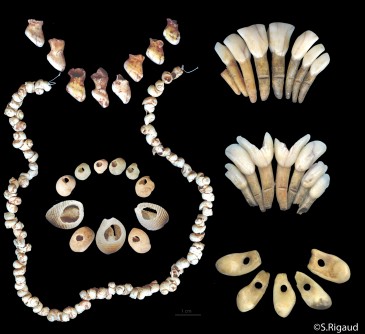 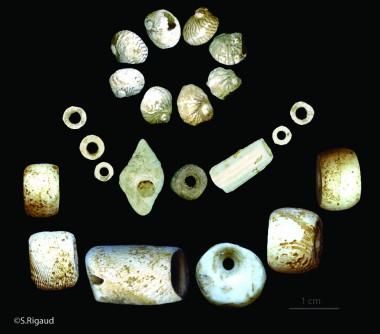 Newswise — Northern Europeans in the Neolithic period initially rejected the practice of farming, which was otherwise spreading throughout the continent, a team of researchers has found. Their findings offer a new wrinkle in the history of a major economic revolution that moved civilizations away from foraging and hunting as a means for survival.

“This discovery goes beyond farming,” explains Solange Rigaud, the study’s lead author and a researcher at the Center for International Research in the Humanities and Social Sciences (CIRHUS) in New York City. “It also reveals two different cultural trajectories that took place in Europe thousands of years ago, with southern and central regions advancing in many ways and northern regions maintaining their traditions.”

In order to study these developments, the researchers focused on the adoption or rejection of ornaments—certain types of beads or bracelets worn by different populations. This approach is suitable for understanding the spread of specific practices—previous scholarship has shown a link between the embrace of survival methods and the adoption of particular ornaments. However, the PLOS ONE study marks the first time researchers have used ornaments to trace the adoption of farming in this part of the world during the Early Neolithic period (8,000-5,000 BCE). It has been long established that the first farmers came to Europe 8,000 years ago, beginning in Greece and marking the start of a major economic revolution on the continent: the move from foraging to farming over the next 3,000 years. However, the pathways of the spread of farming during this period are less clear.

To explore this process, the researchers examined more than 200 bead-types found at more than 400 European sites over a 3,000-year period. Previous research has linked farming and foraging populations with the creation and adornment of discrete types of beads, bracelets, and pendants. In the PLOS ONE study, the researchers traced the adoption of ornaments linked to farming populations in order to elucidate the patterns of transition from foraging and hunting to farming.Their results show the spread of ornaments linked to farmers—human-shaped beads and bracelets composed of perforated shells—stretching from eastern Greece and the Black Sea shore to France’s Brittany region and from the Mediterranean Sea northward to Spain. By contrast, the researchers did not find these types of ornaments in the Baltic region of northern Europe. Rather, this area held on to decorative wear typically used by hunting and foraging populations—perforated shells rather than beads or bracelets found in farming communities.

“It’s clear hunters and foragers in the Baltic area resisted the adoption of ornaments worn by farmers during this period,” explains Rigaud. “We’ve therefore concluded that this cultural boundary reflected a block in the advancement of farming—at least during the Neolithic period.”

The research was supported, in part, by the French Ministry of National Education, Research, and Technology, the Fyssen Foundation, and the Marie Skłodowska-Curie COFUND Action. 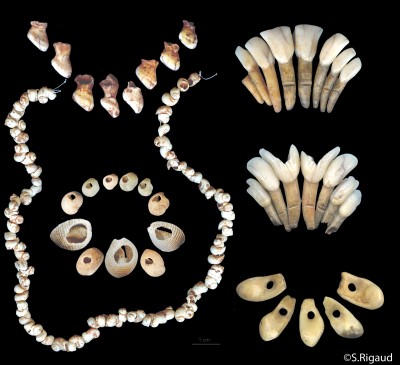 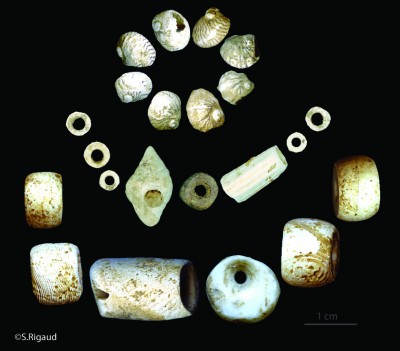