A new 3D process which involves old aerial photos and modern-day drone photography has shed light on accelerated ice loss from some of Iceland's largest glaciers.

Dr Kieran Baxter from the University of Dundee has created composite images that compare views from 1980s aerial surveys to modern day photos captured with the help of state-of-the-art technology.

This revolutionary technique has allowed Dr Baxter to document the dramatic ice-loss on a group of outlet glaciers on the south side of Vatnajökull, one of the largest ice caps in Europe.

Aerial mapping photographs taken by the National Land Survey of Iceland were modelled in 3D using photogrammetry software. While this process is routinely used by scientists to measure the historical ice surface, here the models are aligned with current day drone photographs to highlight the impact of climate change on the region.

Dr Baxter, a researcher from the 3DVisLab at the University's Duncan of Jordanstone College of Art & Design, led the two-year project in collaboration with the University of Iceland and the Icelandic Meteorological Office, who conduct glacier monitoring in the country.

He said, "We have been working to produce images that are both engaging and easy to understand. It is important to show how climate change is physically and visibly affecting the region. To do this, we developed a novel process based on principles that are used by glaciologists to measure ice-volume loss.

"This method allows us to compose unique aerial views of past landscapes and to see how they have changed over the last 30 to 40 years. This period, which is within living memory for many people, has seen accelerated melt in Southeast Iceland.

"While we have a fantastic resource of mapping photographs from the 1980s, this method can also be applied to aerial photographs that are even older. The archives are huge and we have barely scratched the surface in terms of using them to better show how the warming climate is revealed in our landscapes."

Vatnajökull ice cap, which covers an area of 7,700 km², has lowered by around 20 metres on average in the last 30 years. The height of the outlet glaciers pictured in the image comparisons has dropped even more, up to 100 to 150 metres in some areas near the termini, during that time. The glacier ice margins are now retreating tens of metres, and in some areas hundreds of metres, every year. The area of the icecap has been reduced by over 400 km² since the turn of the century.

The images produced by Dr Baxter were shared by the Icelandic Meteorological Office to coincide with the IPCC's 'Special Report on the Ocean and Cryosphere in a Changing Climate'. It is hoped that they will help promote public outreach for climate science and glaciology in Iceland.

Dr Tomas Johannesson, Coordinator of Glaciological Research at the Icelandic Meteorological Office, said, "Outreach about changes in the climate and the on-going downwasting of glaciers of Iceland has become increasingly important in our glaciological work at the Icelandic Meteorological Office in recent years. We have limited background and expertise in the creation of effective visual outreach material that shows the dramatic changes of the glaciers.

"Our collaboration with Kieran Baxter and the University of Dundee is important for our public outreach and has proved effective to explain the changes that have occurred in recent decades. It is also important for our collaboration with the Vatnajökull National Park and other organizations and agencies for the creation of educational material and exhibits about glaciers and glacier changes."

Dr Thorvardur Arnason, Director of the University of Iceland's Hornafjordur Research Centre, said, "Dr. Baxter's highly innovative work adds new dimensions both to the monitoring of glacier recession and to the communication of the severe impacts caused by catastrophic climate change on sensitive environments. The development of such novel vehicles for public outreach - where science and art essentially share a common platform - is of great importance in our attempts to understand and address the unprecedented scale, diversity and complexity of the ongoing climate crisis." 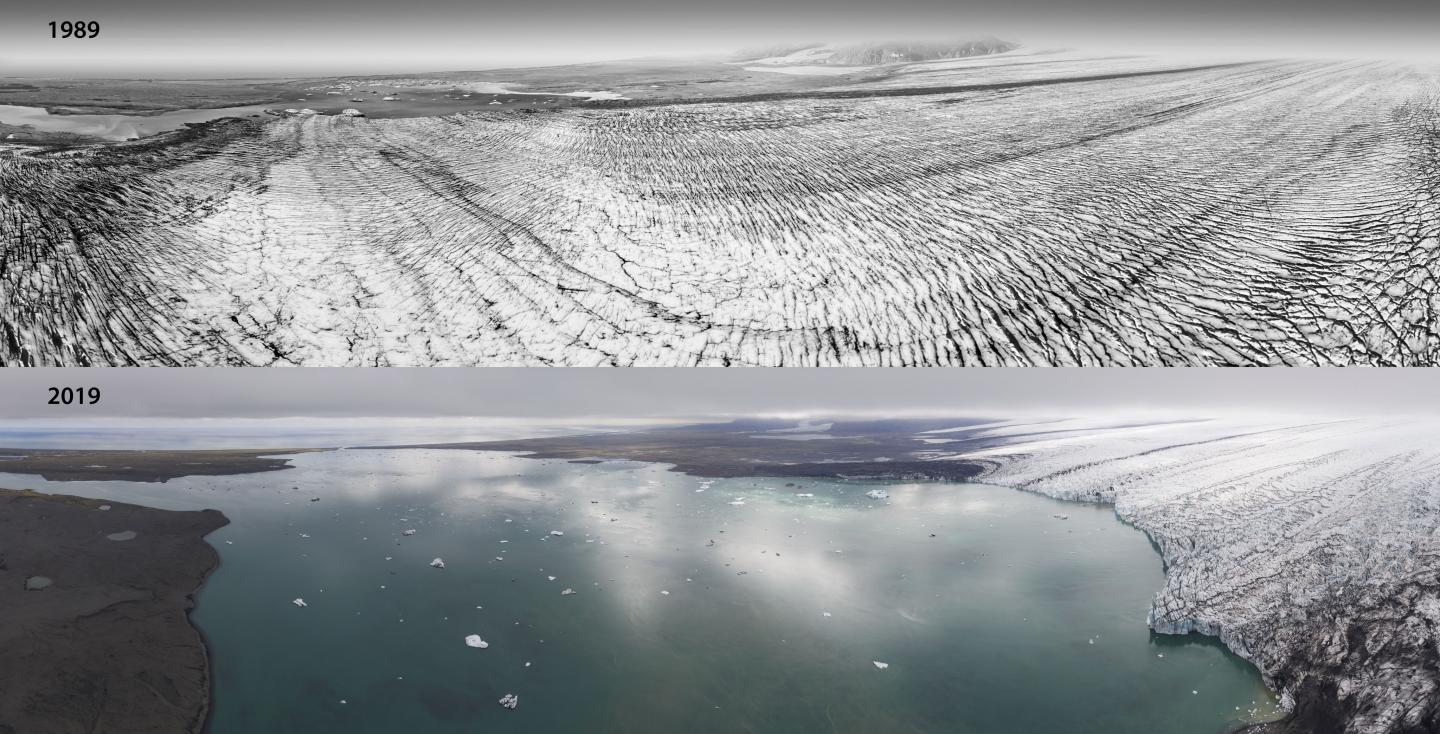 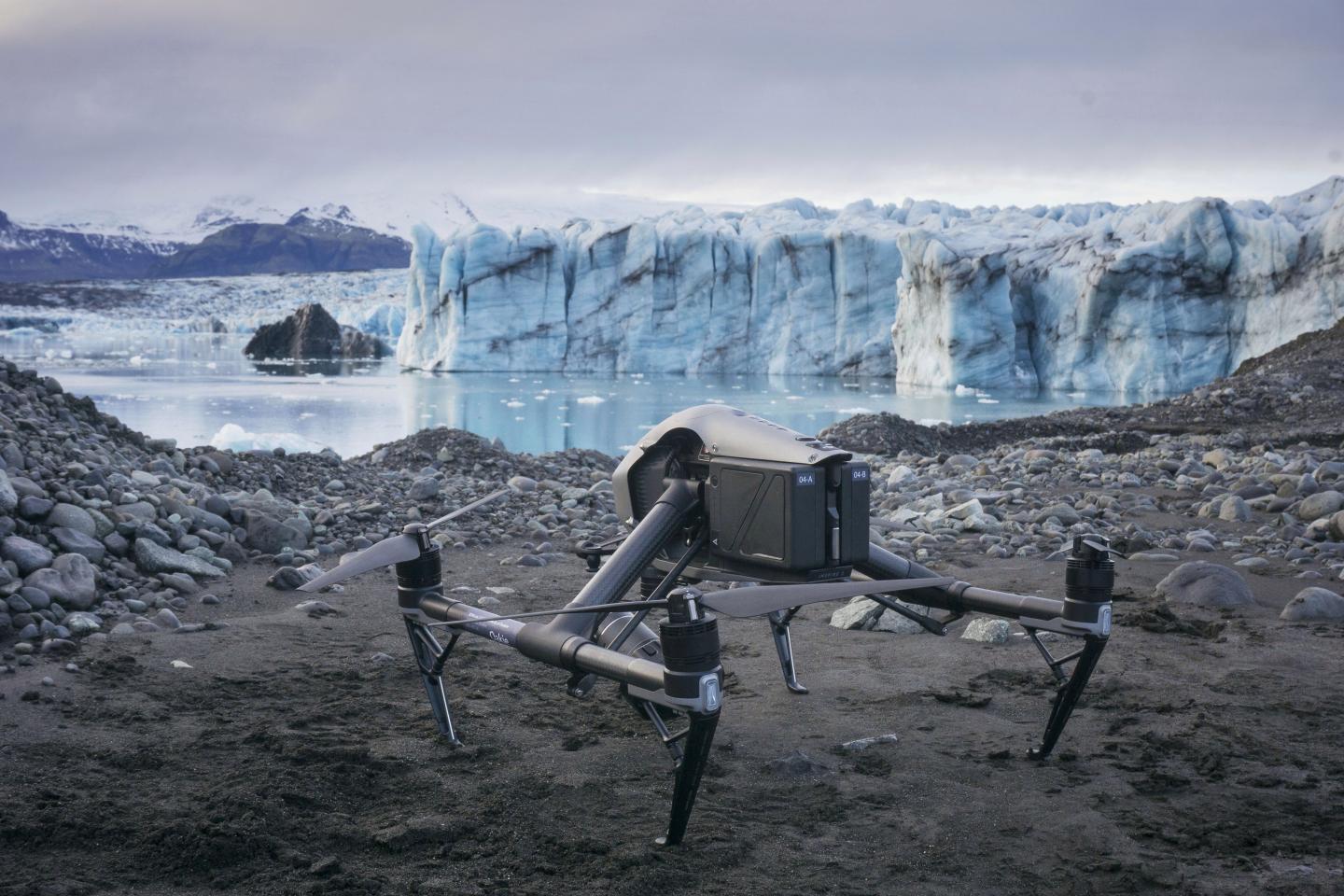