Newswise — Hip replacements relieve pain and restore mobility for hundreds of thousands of patients in the United States each year, but of the more than 400,000 hip replacements performed in the U.S. annually, about 10 percent will fail within 10 to 15 years. One main cause of this failure – which results in a need for a second hip replacement surgery (known as a revision surgery) – is the destruction of bone tissue around the replacement joint, a condition called osteolysis, which may cause the joint to loosen.

Now a research team at Rush University Medical Center has identified a pair of biomarkers that indicate which patients are likely to develop osteolysis. Biomarkers are detectable molecules in body fluid or tissue that are a sign of a health condition.

The team published their findings today in the Journal of Orthopaedic Research. The discovery could lead to tests that would enable surgeons to identify those patients in advance and adjust post-operative monitoring routines for them. It even might lead to treatments to prevent osteolysis in these patients.

“We are hopeful that early biomarkers for implant loosening will alert surgeons to be especially vigilant in their follow-up of at-risk patients and may eventually lead to treatments delaying or avoiding the need for revision surgery,” said the paper’s senior author D. Rick Sumner, PhD, chairperson of the Department of Cell & Molecular Medicine in Rush Medical College and the Mary Lou Bell McGrew Presidential Professor for Medical Research.

With the U.S. population aging, many individuals remaining very active late in life and others becoming heavier, hip replacements are projected to increase by 174 percent by 2030, with a projected 137 percent increase in the number of hip revision surgeries over the same time period.

“We need to find effective strategies to handle this demand. These joints need to last, if possible, for the rest of a patient’s life,” said Joshua Jacobs, MD, a co-investigator on the study. Jacobs is Rush University’s vice provost for research and the William A. Hark, MD/Susanne G. Swift Professor and chairperson of the Rush Department of Orthopedic Surgery.

“The bone weakens, and eventually the implant can loosen. Sometimes, the weakened bone can break,” Sumner said.

“It’s one of the major causes of a patient needing to have a revision (a surgery to fix or replace the failed implant). If we could prevent it, we would go a long way to increasing the lifespan of joint replacement.”

The late Jorge Galante, MD, the first chairperson of orthopaedic surgery at Rush, initiated the collection to study the effectiveness of an artificial hip joint he had developed and used for some of these patients. Jacobs continued the study in 1995, and the specimens have remained in frozen storage ever since.

For their study, Sumner and his colleagues took what he calls “a candidate protein approach.” They drew on a previous review of medical literature they had conducted, which identified 40 possible biomarkers of future osteolysis development.

They divided the markers into four groups based on their likelihood to predict osteolysis and focused on the two groups that were most likely. The researchers winnowed the field of candidate proteins by eliminating markers found in blood rather than urine and those for which tests weren’t readily available.

Ultimately they tested for the presence of seven biomarkers and compared findings to the medical history of the patients – 16 of whom eventually had developed osteolysis. A biostatisican on the team then conducted an analysis to determine which combinations of the biomarkers correlated most with the osteolysis development.

“We looked at each marker independently, but none of them worked that well by themselves. Then he looked at panels of markers,” Sumner explained. “When we did that, we found we got a much better discrimination between patients that developed osteolysis and those that did not.”

The analysis found that a higher than normal levels of the connective tissue protein alpha CTX (a marker for bone resorption) and the immune response protein interleukin 6 (a marker of inflammation) were highly accurate in identifying patients at risk for osteolysis. The combination was detectable in patients up to six years before they were diagnosed with osteolysis.

“Just a panel (combination) of these two worked as well as a panel of seven,” Sumner said. “If that gets confirmed, it’s important, because it makes tests much simpler. You only have to look for two markers.”

“Another interesting finding in our study was that the pre-operative levels of our two-biomarker panel were just as predictive of subsequent osteolysis as any of the post-operative levels,” noted Ryan Ross, PhD, an assistant professor of cell and molecular medicine at Rush. “This follows some exciting genetic work by other researchers that tends to suggest that there may be a subset of patients that are just more prone to implant failure due to their underlying skeletal metabolism.”

To confirm the findings, researchers will need to analyze a larger cohort of hip replacement patients for whom similar specimen samples and medical information is available. Sumner expects that if the findings are confirmed and tests for the biomarkers are developed for hip replacement patients, “it would alert a surgeon that this is patient at higher risk and is a patient that probably would need to be followed more carefully.”

Sumner’s research also might yield a possible treatment for those patients. He currently is conducting another study funded by NIH looking at the feasibility of using osteoporosis medication to slow or reverse osteolysis. 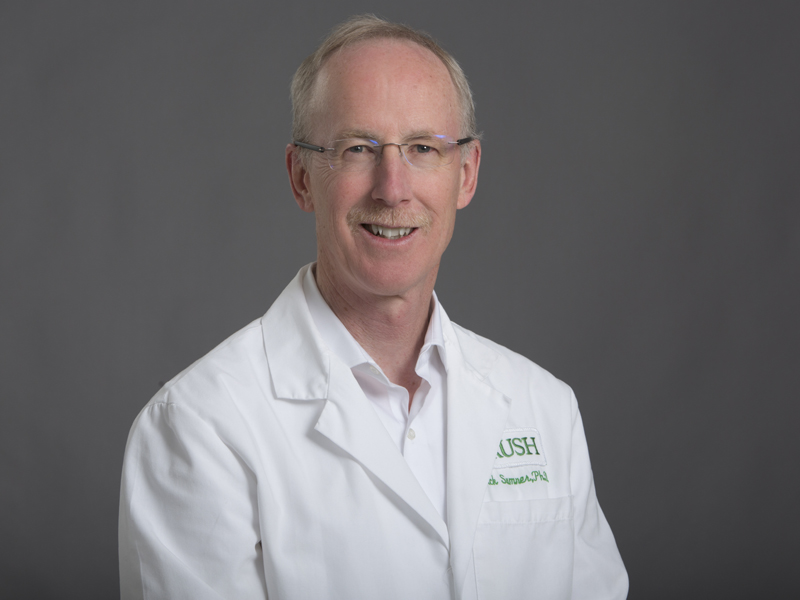 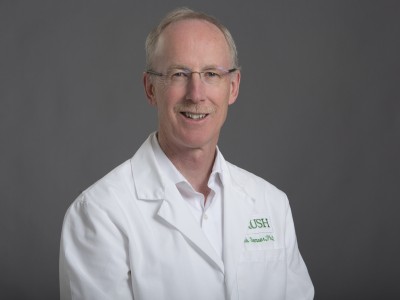