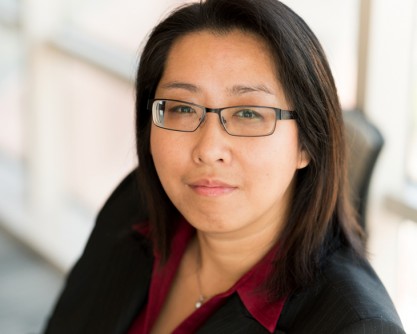 Newswise — DURHAM, N.C. -- Doctors often cite the high price of a prescription drug as a reason they don't prescribe it, while patients similarly say that cost is a main reason they quit taking a drug.

Removing this financial barrier might increase the use of evidence-based therapies, improve patient adherence to those medications, and potentially save lives. That theory was tested in a study of heart attack survivors led by the Duke Clinical Research Institute; findings were presented March 11 at the American College of Cardiology annual scientific sessions meeting in Orlando.

"This study provides some good insights into medication-taking behavior and tackling the adherence problem, a big problem in the U.S," said study chair, Eric D. Peterson, executive director of the DCRI. "While financial issues are certainly part of the problem, a more complete answer will be needed to further improve adherence and patient outcomes."

The researchers enrolled 11,001 heart attack patients between June 2015 and June 2016 at hundreds of sites across the country in a study known as ARTEMIS. Doctors at participating hospitals provided usual care, but at roughly half the sites selected randomly, the cost of anti-platelet medications were offset by vouchers over the course of the study's one-year span.

Payment vouchers eliminated price differences between an older generic therapy called clopidogrel and a newer, more effective version of the therapy, ticagrelor. Doctors had full discretion on which of the two drugs to prescribe.

The study found that clinicians were indeed sensitive to their patient cost concerns. When patient co-pays were covered, doctors were more than 30 percent more likely to prescribe the more effective drug.

When patients were asked about their medication use, 80 to 85 percent reported that they filled all their prescriptions continuously, but the study's analysis of pharmacy fill data indicated that only 55 percent had been fully compliant.

Regardless of the measure of medication use, the study confirmed that more of the patients who got the pay vouchers stuck to their recommended drug regimens.

But those improvements did not appear to result in a reduced rate of death, heart attacks or strokes compared with patients who got usual care.

"Our study confirms some of our thoughts on how drug prices affect doctors and patients behaviors," said lead author Tracy Wang, M.D., associate professor of medicine at Duke University School of Medicine and member of DRCI.

"But we still have a lot of work to do to understand how we can both measure and improve treatment adherence," Wang said. "We should consider copayment reductions as part of broader initiatives to improve medication use and clinical outcomes.

"Interestingly, only 72 percent of patients took advantage of the provided copayment reduction voucher, which may have been why we didn't see any clinical improvement, and that bears further study," Wang said. "We should consider copayment reduction as part of broader initiatives to improve medication use and clinical outcomes"

The study was funded by AstraZeneca, which markets BRILINTA, a brand of ticagrelor.