15-Nov-2022 9:35 AM EST, by International League Against Epilepsy
favorite_border 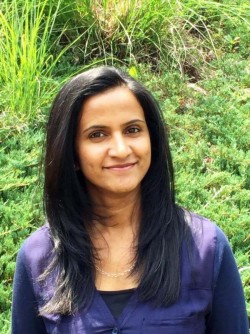 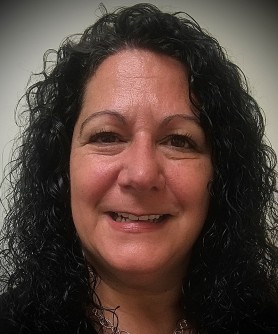 Newswise — Nurses are the most prevalent health care providers in the world; the World Health Organization estimates they make up 59% of all health care professionals.

In fall 2021, the ILAE Nursing Section was formed to create a “home” for nurses around the world who care for people with epilepsy. The section will focus on nurses’ needs and determine how ILAE can help to meet them, as well as integrate nurses’ perspectives into other aspects of ILAE, including commissions, councils, and congresses.

The Nursing Section’s first priority is collecting information through a needs assessment. “The goal of that is to get a sense of what kinds of nurses are out there, what are they doing, their work settings, their educational needs, and other needs,” said Patty Osborne Shafer, Nursing Section co-chair and epilepsy nurse specialist and consultant from Boston.

The section leaders are anticipating wide variability in needs and barriers among nurses in different regions and hope to target each region with customized training and solutions. Given that 80% of people with epilepsy live in low- and middle-income countries, it’s crucial to understand the needs of nurses in those areas, said Jane von Gaudecker, Nursing Section co-chair and assistant professor at Indiana University School of Nursing.

“We know that there are no educational opportunities in those areas—not just for epilepsy but broader neurology training is not possible for nurses in many low- and middle-income regions,” she said.

Standardized education does not exist

The United Kingdom has developed competency frameworks for adult epilepsy specialty nurses (ESNs), pediatric ESNs, and learning disability ESNs. The American Association of Neurology Nurses has a certificate program. Nurses can get a master’s degree or a doctorate in preparation for an advanced practice role, such as a nurse practitioner, but there is no specialized credentialing for epilepsy nurse practitioners or other nurses who care for people with epilepsy.

Part 2 of this series: The value of epilepsy specialty nurses

“Nurses have to go through a formal educational process and credentialing to be able to say they are an advanced practice nurse—but how that relates to getting advanced epilepsy knowledge varies on your institution, your resources, and where you live,” said Shafer.  “We were trying to get a nursing certification for epilepsy in the United States, but certification bodies were telling us that there aren’t enough of us.”

“Most nurses who begin working in an epilepsy center or an epilepsy clinic learn from colleagues,” said Karen Legg, secretary of the Nursing Section and a recently retired epilepsy nurse practitioner from Nova Scotia. “We are self-directed and read everything we can get our hands on. We find the needs of the patient, and then learn how to meet those needs. But we are left to figure it out.”

“We’re focused on that first level right now, and data from the needs assessment will help us go further,” said Shafer.

Though the burden of epilepsy is greater in low-and middle-income countries, there are fewer physicians to address it. “Nurses are the biggest segment of the health care task force,” said von Gaudecker, who also conducts research on global health. “So focusing on nurses in low- and middle-income countries, training them in how to care for people with epilepsy and how to identify a person with epilepsy in the community and refer them to care—that would be so important.”

Training for primary-care nurses could help them identify the signs and symptoms of epilepsy in their patients, as well as better understand treatment options for people with drug-resistant epilepsy, making nurses an active part of referring people to more specialized care.

“There are so many people with epilepsy, even in high-resource countries, who are not near a tertiary center or epilepsy center,” said Legg. “They may have ongoing seizures, but they just suffer along because the person caring for them says, ‘Yes, you have epilepsy and you’re going to have seizures now and then.’

“We know that doesn’t have to be the truth, and that there are more options. If we can reach nurses and raise that awareness, we can change people’s lives.”

Membership in the Nursing Section has grown quickly; there were 250 members in mid-August 2022, and nearly 450 by the end of September 2022. The response has been a pleasant surprise, said Legg.

“People are not just joining and answering the membership questions – they’re sending notes asking how they can be involved,” she said. “There really is such a keen and vibrant response; it’s big, and it’s growing quickly.”

“It’s so rewarding and encouraging to see this,” said von Gaudecker. “Nurses are interested in being part of this global organization, getting to know each other and working together.”

Founded in 1909, the International League Against Epilepsy (ILAE) is a global organization with more than 125 national chapters.