Evensky: In or Out of Eurozone, Greece Economy Unlikely to Have Long-Term U.S. Impact 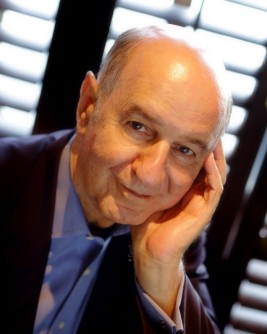 Harold Evensky, a certified financial planner, professor in Texas Tech University’s Department of Personal Financial Planning and chairman of Evensky & Katz/Foldes Financial Wealth Management in Miami, is available to comment on Greece’s financial situation and potential impact of it staying or leaving the Eurozone. On Thursday Greece submitted a measure to European finance ministers, which will be reviewed this weekend before its contents are made public. Reports in Greek media say the measure includes tax increases and spending cuts of more than 12 billion euros for the Mediterranean nation.

• On Sunday, Greek voters overwhelmingly voted against certain bailout terms that are not much different from those Greek Prime Minister Alexis Tsipras submitted Thursday.• The BBC reported Friday morning the submitted plans, described as “thorough,” are intended to keep Greece in the Eurozone. A decision could be made over the weekend.

• “The Greek government’s expectation that a strong ‘no’ vote would place them in a better bargaining position seems to have been a bad bet.”• “Although many ‘experts’ believe Greece will remain in the Euro universe, I spoke to one major institutional investor this week who said his firm places odds at 80 percent that Greece will exit the euro. Should that happen there will likely be short-term market turmoil; however, for well-diversified, long-term U.S. investors it is not likely to have significant long-term impact.”• “While there is no expectation of a global market contagion, it may provide some short-term buying opportunities.”• “For those who wish to worry, they may transfer their attention to China, as unfolding issues there are likely to have significantly greater impact.”