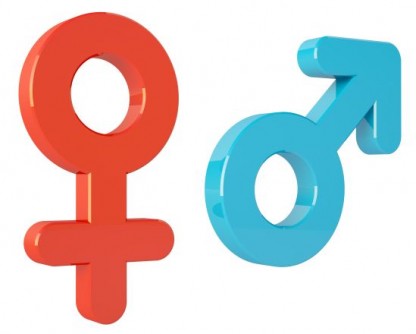 The study, published in GLIA (DOI:10.1002/glia.23171), is the first to specifically examine how sex alters the time-course of inflammation in the brain after TBI, and their findings suggest that sex is an important factor to consider when designing and testing new drugs to treat TBI.

Previous research has shown that male animals have worse outcome after TBI than female animals, and recent clinical trials have studied female sex hormones as a therapy for TBI.

Sex differences are understudied in preclinical research, and the National Institutes of Health has recently issued guidelines to ensure that sex and other biological variables are included in research design.

“It is really important to include both sexes in preclinical research in order to design better human clinical trials,” says Mark Burns, Ph.D., associate professor of neuroscience at GUMC and senior author of the study.

“When we looked to see if female mice had been included in TBI studies, we were surprised at what a blank slate we found,” Burns says. “Up to now, most preclinical studies of drugs to treat TBI have been conducted with young male mice — with variables such as age and sex being overlooked. You can’t develop a future of personalized medicine if you don’t include females in your research,” he adds.

The researchers focused on how sex alters key neuroinflammatory responses that follow TBI. They specifically looked at microglial cells, which are the resident immune cells of the brain, and movement of macrophages from the blood into the injured brain. Macrophages, which are also immune cells, offer the first line of defense against infection.

They found that the sex response was “completely divergent” up to a week after injury — there was a rapid activation of immune cells, along with robust neuron cell death, in males, but female mice experienced a markedly reduced response.

“It appears that female mice have more protection against brain trauma in the first week after TBI, and if that is true in humans it provides us with a much larger time-period to treat female patients following TBI. It will also help us design new treatments for TBI in males,” says Burns.

“It is clear that further research is needed on sex differences in response to TBI — and now we have interesting leads to follow,” Burns says.

About Georgetown University Medical Center
Georgetown University Medical Center (GUMC) is an internationally recognized academic medical center with a three-part mission of research, teaching and patient care (through MedStar Health). GUMC’s mission is carried out with a strong emphasis on public service and a dedication to the Catholic, Jesuit principle of cura personalis -- or "care of the whole person." The Medical Center includes the School of Medicine and the School of Nursing & Health Studies, both nationally ranked; Georgetown Lombardi Comprehensive Cancer Center, designated as a comprehensive cancer center by the National Cancer Institute; and the Biomedical Graduate Research Organization, which accounts for the majority of externally funded research at GUMC including a Clinical and Translational Science Award from the National Institutes of Health. Connect with GUMC on Facebook (Facebook.com/GUMCUpdate), Twitter (@gumedcenter) and Instagram (@gumedcenter).