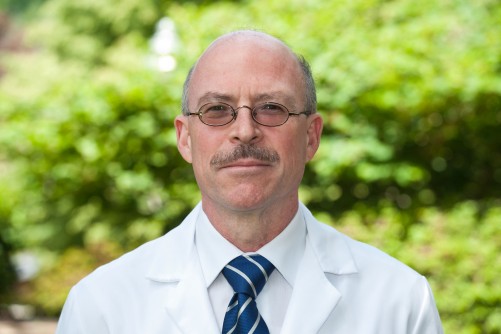 Newswise — WASHINGTON — Georgetown University researchers are reporting the first case of Alzheimer’s disease diagnosed in an HIV-positive individual. The finding in a 71-year-old man triggers a realization about HIV survivors now reaching the age when Alzheimer’s risk begins to escalate.

Published online today in the open access journal Alzheimer's & Dementia: Diagnosis, Assessment & Disease Monitoring, neurologist R. Scott Turner, MD, PhD, diagnosed the patient after a PET scan showed deposition of amyloid in the brain. Until this point, Turner says, clinicians thought that individuals with HIV may not develop AD because HIV-related inflammation in the brain may prevent amyloid clumps from forming.

“This patient may be a sentinel case that disputes what we thought we knew about dementia in HIV-positive individuals,” says Turner, who leads the Memory Disorders Program at Georgetown University Medical Center.

In addition, Turner says the finding suggests that some older HIV-positive patients with dementia may be misdiagnosed with HIV-associated neurocognitive disorders (HAND) when they may be developing AD. It also may be possible that some patients experience HAND and AD — a new type of mixed dementia, Turner says. “Chronic HIV infection and amyloid deposition with aging may represent a “double-hit” to the brain that results in progressive dementia.”

“While it may be challenging to diagnose the cause of dementia in an HIV-positive patient, the diagnosis matters because HAND and AD are treated differently,” he says. “For Alzheimer’s disease, we now have four FDA-approved drugs and more effective treatments are on the way. For HAND, we prescribe anti-retroviral drugs that have a better chance of penetrating the brain. So getting a correct diagnosis is important, and a critical first step in advancing the field.”

HAND will develop in 30-50 percent of individuals with long-term HIV infections. But HAND symptoms are identical to those with AD, Turner says. He adds, “The medical community assumes that dementia with HIV is caused by HAND. Physicians haven’t considered Alzheimer’s, so it’s possible that a number of older HIV-positive individuals may be misdiagnosed.”

Published studies to date point to only five individuals with HAND who have undergone amyloid PET imaging, and all were negative; however, the oldest of these patients was 67, Turner says.

Diagnosis of dementia in older HIV-infected individuals is on the rise. HIV-infected adults over 55 comprise the fastest growing age group in the HIV-positive population. According to the most recent CDC HIV Surveillance Report with data through 2013, 53,000 people in the U.S. living with HIV are 65 and older, the age when Alzheimer’s disease risk begins to escalate. That number is expected to double in less than 10 years and doesn’t include those who have not been diagnosed. Worldwide, more than 37 million people are living with HIV.

“This case report reveals important new insights into the specific issue of HIV-related neurological impairment,” says Jeffrey Crowley, MPH, program director of the National HIV/AIDS Initiative at the O’Neill Institute for National and Global Health Law at Georgetown Law. Crowley is former director of the White House Office of National AIDS Policy and senior advisor on disability policy. “This finding must lead to additional population-based studies, as well as timely clinical and programmatic interventions to better support individuals with HIV who are facing neurological decline."

This work was supported, in part, by a grant from the Alzheimer’s Drug Discovery Foundation. Piramal, Inc., manufacturer of florbetaben (NeuraCeq) used to identify amyloid, covered the cost of the amyloid PET scan. (Amyloid PET scans, which cost about $4,000, are not covered by Medicare).

About Georgetown University Medical CenterGeorgetown University Medical Center (GUMC) is an internationally recognized academic medical center with a three-part mission of research, teaching and patient care (through MedStar Health). GUMC’s mission is carried out with a strong emphasis on public service and a dedication to the Catholic, Jesuit principle of cura personalis -- or "care of the whole person." The Medical Center includes the School of Medicine and the School of Nursing & Health Studies, both nationally ranked; Georgetown Lombardi Comprehensive Cancer Center, designated as a comprehensive cancer center by the National Cancer Institute; and the Biomedical Graduate Research Organization, which accounts for the majority of externally funded research at GUMC including a Clinical and Translational Science Award (UL1TR001409-01) from the National Institutes of Health.