For Those Caring for a Loved One with Alzheimer's, Burnout Is Rampant. 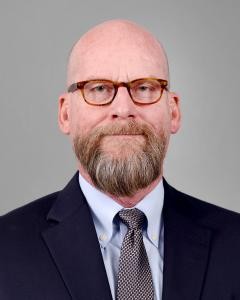 Newswise — Of the more than 5 million people in America living with Alzheimer’s disease, roughly 80 percent are cared for at home. Aside from memory loss, caregivers can expect to encounter symptoms that include agitation, paranoia and sometimes even physical aggression — all in addition to round-the-clock care that includes meal preparation, bathing, doctor’s visits and more.

“It can be really, really challenging, and Alzheimer’s often occurs over a good number of years,” said David Coon, associate dean and professor at Arizona State University’s College of Nursing and Health Innovation. “People [provide in-home care] because they love the individual; this is someone important to them. But that doesn’t mean it comes without associated stressors, challenges and difficulties.”

As November is both National Alzheimer’s Disease Awareness Month and National Caregiver Awareness Month, Coon will be speaking about tools caregivers can use to better deal with the challenges associated with the disease at the 2017 Arizona Alzheimer’s Consortium Public Conference, taking place from 8 a.m. to 1:15 p.m. Thursday, Nov. 9, at the East Valley Institute of Technology in Mesa.

The event is free and open to the public, but registration is required. Attendees will have the chance to meet with other caregivers and patients in an interactive forum that shares current information and ongoing advances in the diagnosis and treatment of Alzheimer’s.

“It’s an opportunity to learn more about what’s going on right in their backyard and what might be available to them that would be really helpful in this journey,” Coon said.

Established in 1998, the Arizona Alzheimer’s Consortium is a statewide collaboration in Alzheimer’s disease research. ASU is one of the consortium’s seven member institutions, which also include Barrow Neurological Institute, Mayo Clinic Arizona and Banner Sun Health Research Institute, among others.

For more than two decades, Coon has been researching effective therapies to allow patients with chronic illnesses and their families and caregivers maintain quality of life. Regina Ralston met Coon when he was presenting at a CarePRO class, where he teaches those therapies and other skills.

Ralston had been a long-distance caregiver for her mother for 10 years, and a 24/7 caregiver for her husband for seven — both had Alzheimer’s. She now works as the director of community relations for About Seniors, an elder-care placement agency, facilitating Parkinson’s caregiver support groups.

“In my experience, there were not a lot of people doing research on caregivers of Alzheimer’s patients,” Ralston said. “It was awesome to see someone dedicating their time to caregivers.”

Some of the best advice she got from Coon was to make sure to take time out for herself every day, even if it was only five minutes, and to stay socially connected, whether through friends, family or support groups, as caregivers often become isolated.

“It’s a little bit like when you’re on an airplane, and they tell you to put the oxygen mask on yourself first,” Coon said. “As hard as that is to hear, if you don’t find ways to take care of yourself, you may become unable to take care of your loved one.”

He’s currently working on a program called EPIC (Early-stage Partners in Care), in which patients in the early stages of Alzheimer’s map out a future care plan with their families and caregivers, noting their values and preferences so they can be taken into account when they’re no longer able to give their input. The project was successful in local pilot trials and has received funding from the National Health Institute to scale statewide and into Nevada.

Coon has also researched behavioral interventions for Alzheimer’s patients. Through his “Music & Memory” project, he has been able to show that exposure to music can impact patients’ mood and behavior for the better.

“What I try to do with the interventions I design is maintain quality of life for both the caregiver and the patient,” he said. “Some people say, isn’t it depressing? I have to say it’s not. If you meet the people, the families that are dedicated to working together to help someone on this journey … It’s really very inspiring. It’s the essence of humanity.”