Fossils Found of Giant Flying Creatures Wiped Out with the Dinosaurs 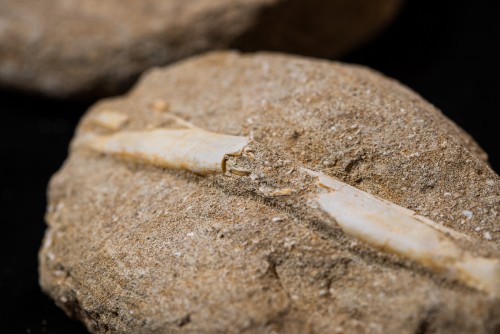 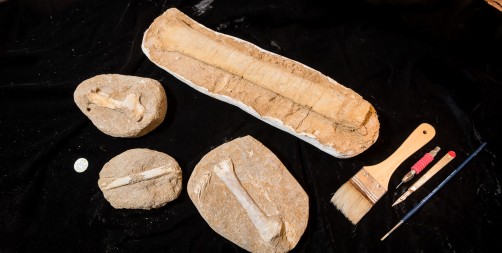 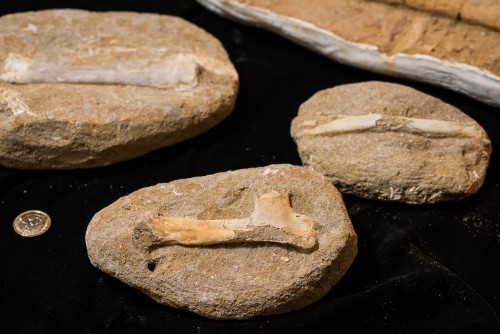 Newswise — Fossils of six new species of pterosaurs, giant flying reptiles that flew over the heads of the dinosaurs, have been discovered by a team of researchers, including palaeontologists from the University of Portsmouth.

Pterosaurs, prehistoric reptiles popularly known as pterodactyls, were flying cousins of the dinosaurs. Flying on leathery wings supported by a single huge finger, they were the largest animals ever to take wing.

The pterosaurs were previously thought to be in decline before the K-Pg extinction (the famous event which killed the dinosaurs at the end of the Cretaceous period), which was caused by an asteroid impact 66 million years ago. Now a new study published in the journal PLOS Biology, describing new fossils from the end of the Cretaceous in Morocco, shows that the region supported seven species in three different families, meaning there was huge diversity at the point of their extinction.

The fossils were found in marine rocks from phosphate mines in northern Morocco, which were formed when greenhouse conditions drove sea levels up, flooding North Africa. The pterosaurs discovered ranged in wingspan from a little over two metres to up to ten metres, almost three times bigger than the largest living bird, and weighed up to 200 kg. The fossils date to just over 66 million years ago, to the very end of the Cretaceous period, making these pterosaurs among the last of their kind on Earth.

Co-author of the study, Professor David Martill from the University of Portsmouth said: “Exciting discoveries are being made all the time, and sometimes, just the smallest of bones can radically change our perception of the history of life on Earth.”

Dr Nick Longrich, from the Milner Centre for Evolution and the Department of Biology & Biochemistry at the University of Bath, and the lead author of the study, said: “To be able to grow so large and still be able to fly, pterosaurs evolved incredibly lightweight skeletons, with the bones reduced to thin-walled, hollow tubes like the frame a carbon-fibre racing bike.

“But unfortunately, that means these bones are fragile, and so almost none survive as fossils.”

It was thought that the rarity of pterosaur fossils from the end of the dinosaur era meant that they were slowly going extinct. But the new study shows that the lack of fossils has skewed the data and that the pterosaurs were far more diverse than thought at this time.

Dr Longrich found a single small bone mixed in with a collection of fossil fish dug up from a phosphate mine in northern Morocco. He identified that it belonged to nyctosaurs, a group of small pterosaurs, hadn’t been proven to survive to the end of the Cretaceous. On a hunch, he looked for more pterosaurs, and found more species - including Tethydraco, a member of the pteranodontids, a family that had been thought to disappear fifteen million years earlier. In addition to the single species previously found in the area, six additional species turned up.

The study was supported by a Research Leadership Award from the Leverhulme Trust and involved researchers from Bath, the University of Portsmouth and The University of Texas at Austin.

Dr Brian Andres, Research Associate at The University of Texas at Austin, also a co-author of the study, added: “The Moroccan fossils tell the last chapter of the pterosaurs’ story - and they tell us pterosaurs dominated the skies over the land and sea, as they had for the previous 150 million years.”

Moroccan scientist Professor Nour-Eddine Jalil from the Muséum national d’Histoire naturelle, France was not involved in this study but has worked with the authors on a previous study on fossils found in this area. He commented: “This is a fabulous discovery of pterosaurs from Morocco – they tell us their amazing diversity while we thought them in decline.

“The Moroccan phosphates confirm their status of an open window on a key moment in the history of the Earth, the one that shortly preceded the global crisis that swept away, among others, non-avian dinosaurs and large marine reptiles.”

The fossils from the study are permanently accessioned at the Faculté des Sciences Aïn Chock, Université Hassan II, Casablanca, Morocco and are available to qualified researchers for study.