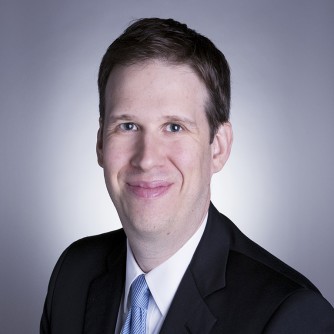 Newswise — BLOOMINGTON, Ind. -- In advance of Major League Baseball's opening day on Thursday, new research from Indiana University's Kelley School of Business suggests that the risk of fans being hit by a foul ball or errant bat at games has increased in recent years.

The research, accepted for publication by William & Mary Law Review, also argues that it is time to abolish the so-called "Baseball Rule," a legal doctrine established in 1913 to immunize baseball teams from liability.

"The professional baseball industry is radically different today than it was a century ago," wrote Nathaniel Grow, an associate professor of business law and ethics at Kelley. "Nevertheless, courts continue to rely on 100-year-old legal doctrine when determining whether to hold teams liable for spectator injuries resulting from errant balls or bats."

About 1,750 fans are hurt each year by foul balls at MLB games. That's about two injuries for every three games, and that's more common than a batter being hit by a pitch, according to a Bloomberg report. This estimate does not include injuries sustained among the more than 40 million fans who attend minor league games.

Further analysis by Grow and Zachary Flagel, a student at the Terry College of Business at the University of Georgia, found that fans' risk of being hit by a flying object at MLB games has increased with the construction of nearly two dozen stadiums since 1992.

"Fans today frequently sit more than 20 percent closer to home plate than was the case throughout most of the 20th century," Grow said. "When you combine that with an increase in the speed with which baseballs are being hit into the stands, fans have less time to avoid errant balls or bats heading in their direction."

Today, the typical foul ball enters the stands at speeds between 100 and 110 miles per hour. At that rate, a fan seated 60 feet from home plate has four-tenths of a second to react, if they are paying close attention to the action.

The "Baseball Rule" has come under increased scrutiny after a series of high-profile fan injuries in recent seasons. Despite criticism from academic and media commentators, courts have almost uniformly continued to apply the Baseball Rule to spectator-injury lawsuits. Grow believes that the Baseball Rule should no longer be applied in these cases.

"Although MLB has taken steps to increase the levels of fan protection in recent years, the time has come for courts to dispense with the Baseball Rule, and instead hold professional teams strictly liable for their fans' injuries, forcing teams to fully internalize the cost of the accidents their games produce," he said.

"Many foul-ball-related injuries could easily be avoided through the installation of additional safety netting at little cost to the team," the authors conclude. "Considering that MLB is a $10 billion per year organization, such a cost is a drop in the bucket for major-league teams, one that would almost immediately be recouped once the expanded screen prevented even just a single serious injury."