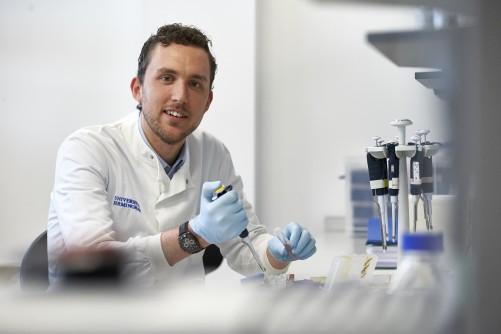 Dr Jon Hazeldine, a Research Fellow at the University of Birmingham 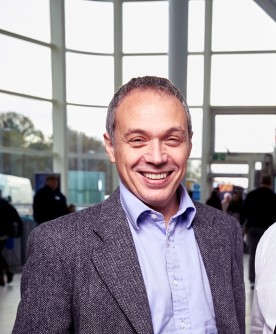 Newswise — Scientists from the University of Birmingham are carrying out pioneering research as part of a major £10 million study aimed at improving outcomes for patients who have suffered a traumatic injury.

The four-year unique ‘Golden Hour’ study, launched in 2014, aims to improve the understanding of what happens to the immune system within the first 60 minutes from the moment of traumatic injury – a crucial time in which prompt medical treatment is key to survival.

PLOS Medicine today published a key piece of research to have come out of the ongoing study, which is being led by Professor Janet Lord and Professor Tony Belli from the University of Birmingham’s Institute of Inflammation and Ageing and the National Institute for Health Research Surgical Reconstruction and Microbiology Research Centre (NIHR SRMRC).

Lead author Dr Jon Hazeldine, a Research Fellow at the University of Birmingham, said: “Although the major and immediate cause of death following severe trauma is haemorrhage, many trauma victims later die following complications such as multi-organ dysfunction or sepsis, with the individual’s immune response to injury significantly influencing the chances of developing these life-threatening conditions.

“Almost all studies that have investigated the immune response to trauma have analysed blood samples acquired post-hospital admission – therefore we know little of the immune status of patients in the immediate post-injury phase and how this might influence patient outcomes.

“The objective of this study was therefore to comprehensively assess the ultra-early immune response to trauma and perform exploratory analysis of its relationship with the development of multiple organ dysfunction syndrome.”

Key to the research was an around-the-clock blood sampling and analysis operation working in collaboration with West Midlands Ambulance Service and Midlands Air Ambulance, which has seen paramedics being specially trained to take blood samples from patients at the scene of major traumas.

Professor Janet Lord said: “Prior to this study we knew that a few days after major trauma the immune system is very suppressed, making the patient susceptible to infections and sepsis.

“What we didn’t know was how soon this occurred. The major finding of this study was that the changes to the immune system happen very quickly and we found that within minutes of a traumatic injury, levels of many immune cells and molecules were altered.

“Interestingly we also found that in some cases these cell and molecule levels increased compared to normal, while in other cases they decreased.

“We previously knew that following traumatic injury the immune system is activated but at the same time makes a compensatory response trying to dampen down the inflammation.

“We previously thought the dampening down happened after the activation, but we found these two processes can occur simultaneously.”

The team analysed the composition and function of immune cells, as well as the concentrations of cytokines, in blood samples acquired from 89 adult trauma patients within one hour of injury, as well as at four to 12 hours and 48 to 72 hours post-injury.

Professor Tony Belli said: “Many of the characteristics of the immune reaction observed in the first hour after trauma were different than those seen at later time points. Moreover, we found an association between natural killer T cell numbers in the hour after trauma and the eventual development of multiple organ dysfunction syndrome.

As a consequence of the findings of this study, we now hope to develop a test to determine which patients have a response that will predispose them to sepsis or multi-organ failure, so that we can identify and treat them early.”

*** Video footage is available to illustrate this press release ***