2-Mar-2017 3:05 PM EST, by University of Alabama at Birmingham
favorite_border 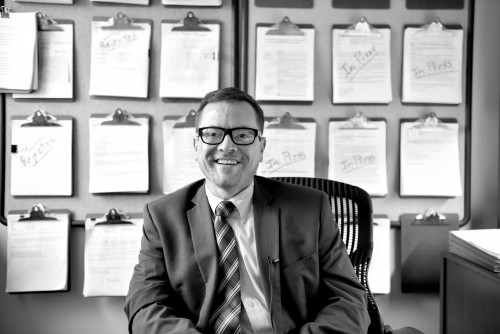 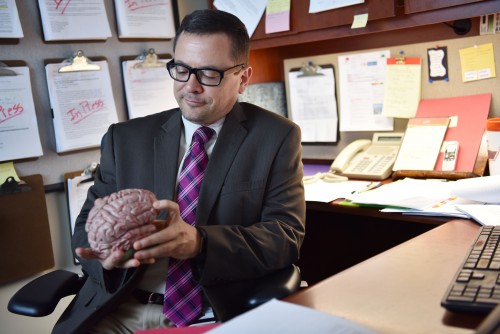 Newswise — BIRMINGHAM, Ala. – University of Alabama at Birmingham School of Nursing Professor David Vance, Ph.D., has received a two-year, $404,250 R21 grant from the National Institute of Nursing Research for his project “Individualized-Targeted Training in Older Adults with HAND” to develop cognitive training interventions to improve everyday functioning and quality of life of those with HIV-associated neurocognitive disorder (HAND).

As medicines to control HIV have improved over the years, so too has the life expectancy of those living with it. But with that increased longevity has come other health issues, including dementia and other cognition-related problems that are occurring at much earlier ages in those living with HIV.

“When I talk to physicians and other clinicians, they want to know what they can do about their patients who are experiencing cognitive problems,” Vance said. “Unfortunately, right now there are few options for these patients.”

LIFE-CHANGING CONSEQUENCESJim Raper, Ph.D., director of UAB’s 1917 HIV Outpatient, Dental and Research Clinic and a longtime colleague of Vance’s, has a patient who is an attorney. Though his HIV is well-controlled, he experiences problems staying mentally sharp and focused in the fast-paced legal world.

“When he’s preparing for court, he just doesn’t feel as confident as he used to,” Raper said. “He has actually considered closing his law practice down for fear that he is not providing his clients with the level of expertise he has provided them before.

“That is why I am so excited about working with David on this project. It is critical to have someone like him who has been in this field for so long and understands the nuances of developing potential innovative interventions.”

Vance will test speed-of-processing interventions that have worked with non-HIV patients with dementia to see if they work with older HIV patients.

SUPPORTING SPEED OF PROCESSINGVance defines speed of processing as the rate in which a person processes information from start to finish.

Speed of processing is quick in the young. As people age, neurocognitive signals begin to degrade, cognitive efficiency lessens, and it takes longer to memorize information or perform tasks. For someone with HIV, this process often kicks in at an even earlier age due, in part, to low-grade inflammation trigged by their HIV.

For the study, Vance will target 146 people — 73 who will receive the interventions and 73 who will make up a no-contact control group. A battery of neuropsychological tests will be administered to all patients to determine whether they are experiencing HAND and what their individual cognitive deficits are. Vance and his team will then provide individualized training to those in the contact group in hopes of helping them improve in their individual deficit areas.

MUCH MORE TO COMEEarly this decade, the Centers of Disease Control and Prevention estimated that by 2015 nearly half of those living with HIV in the United States would be over the age of 50. The U.S. Senate Special Committee on Aging now estimates that by 2020 the figure will be nearly 70 percent. As the overall numbers rise, so does the urgency to find ways to help with HAND.

Vance’s work will benefit the older HIV population in two important ways. In addition to formulating interventions and training techniques to improve quality of life for those diagnosed with HAND, it will also lead to increased screening of potential HAND patients at earlier stages.

“I think that, with research like this, we are actually going to find that many more patients have neurocognitive issues,” said Sonya Heath, M.D., a colleague of Raper’s at the 1917 Clinic. “When we have something to offer them, it will only increase our screening and recognition of patients with neurocognitive disorders.”

Vance is also in the midst of work on a five-year, $2.86 million R01 grant from the National Institute of Mental Health that also focuses on enhancing cognitive functioning of older HIV patients through speed-of-processing training.

“If we can prevent, or even slow down, cognitive problems in our patients, we help them remain healthy and independent with a higher quality of life,” Vance said. “We must always remember that there is no health without mental health, and that is certainly true in this case.” 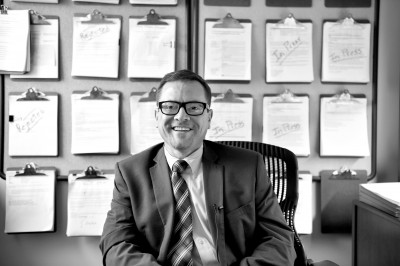 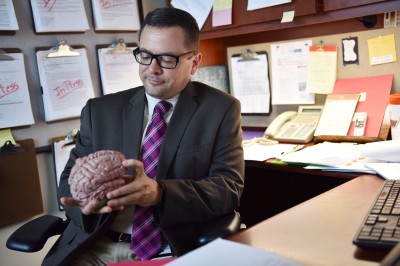