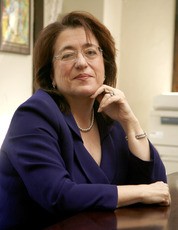 Newswise — A new study involving health care systems in 21 countries -- and the prospects for change in response to such common pressures as rising costs and aging populations -- casts doubt on the possibility of major overhauls of any of these systems because of the history and traditions that created them.

The findings, published on Friday in the online issue of the Journal of Health and Social Behavior, comes as the election of President-elect Barack Obama and his cabinet choices concerning health have increased speculation of substantial changes ahead for the unwieldy U.S. health care system.

"Our findings explain, to the dismay of many who would like to see more radical change in the U.S., why President-elect Obama's campaign proposal regarding health care reform was pretty much a center proposal, compared to Sen. McCain's to the right," said Indiana University sociologist Bernice Pescosolido. "Why didn't Obama's go farther toward considering a state model? In normal times, societies can only tolerate systems that match their understanding of what a health care system should look like. It showed an understanding of the tolerance for change."

The study, by an international team of medical and political sociologists including Pescosolido, found that the health care systems in the 21 countries varied in form according to government involvement and expenditure. They shared similar pressures for change, but any change likely would be incremental and unique to that country and its people. Thus, it is unlikely that wholesale change would occur or that health care systems around the world will eventually evolve to reflect one common approach.

"People are socialized into a contract that is essentially established between the state and the citizens of this country, and they come to believe that this is the best way to do it," Pescosolido said. "Even though there are similar pressures on health care systems around the world, politicians really have to deal with public pressure, which is local, and this is going to produce different pathways to health care reform in other countries."

The study was conducted before fears of a U.S. or worldwide recession were widespread. It used data from the International Social Survey Programme and compared public attitudes toward government involvement in health care, testing associations between various national-level variables -- such as health care expenditures, aging of population and health care traditions -- and public opinion.

Below are some findings:

* Levels of support for the government "definitely spending much more on health care," appeared in clusters, with U.S. respondents again being toward the bottom, with only 17.5 percent of respondents supporting this notion. Support from Canadian and French respondents ranged from 14.2 percent to 17 percent, with 19.9 percent of Germans supporting this idea. These countries tended to have insurance models of health care. On the other end of the spectrum, countries with centralized models of health care, such as Russia and Latvia, showed 64.2 percent and 53.2 percent support for the idea of increased spending, respectively.

"One of the arguments you hear about health care reform tends to be, 'Why can't we be more like this or that country?'" Pescosolido said. "This study suggests there are real cultural limits to the kinds of policies that can be proposed, because people are attached to the history of their own system."

The study was supported by the Indiana Consortium for Mental Health Services Research at IU. Co-authors include Saeko Kikuzawa, Hosei University; and Sigrun Olafsodottir, Boston University.

Journal of Health and Social Behavior