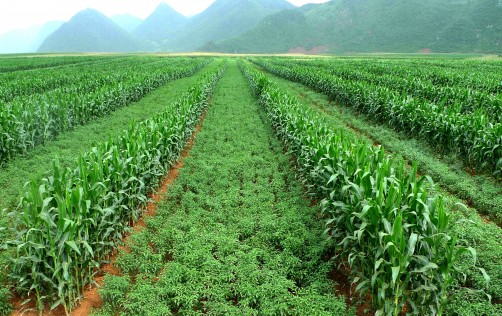 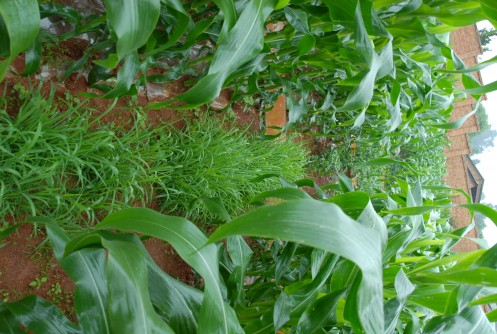 Newswise — On the steep farming slopes of China, Bozhi Wu and his research associates are finding ways to improve economic and environmental stability.

The research team studied the use of intercropping – growing more than one crop per season – on hilly land. They focused on a staple grain crop, corn. They compared intercropping the corn with either setaria grass, used in forage, or chili peppers. The results, you could say, will spice up Chinese farmers’ methods.

Over a four year period, the research team measured runoff, erosion, and economic return for four different types of cropping systems. They compared only corn (maize), only chili, and then intercropping corn with chili and corn with setaria grass. The land researched was in the Yunnan Province of southwest China. All fields were rain-fed, with no irrigation.

Intercropping can benefit the soil in several ways. The additional soil cover provided by the second crop helps reduce erosion. The plants help soak up extra water and nutrients. This additional “pull” of the nutrients can help reduce runoff of the nutrients into adjacent land. Finally, growing different crops on the soil increases the biodiversity. This can help with pest and disease control. But Wu’s research pointed to another huge incentive.

The research shows that farmers could economically benefit most from growing chili peppers with their corn. Research sites that had either chili or setaria crops on them showed less soil erosion and made more money. But chili peppers increased the economic gain the most. Bringing in an extra $1,000-$2,000 per year on each hectare farmed is a true economic benefit. (For reference, a hectare is about 2.5 acres, or about the size of a baseball field.)

And it’s not just monetary benefits that intercropping brings. In southwest China, over 440,000 km2 are affected by erosion problems. To relate that to the United States, imagine if we lost all of California to erosion. That’s still less than the estimated amount of land affected by southwest China’s erosion problems! Some estimates put the economic loss of this erosion for Asia at $1.2 billion. So tackling erosion itself is a huge agricultural issue. Being able to do so while increasing profits is a huge benefit.

Setaria grass is currently used in China as a forage grass, with the animal husbandry industry rapidly growing. Due to its deeper root systems, intercropping with setaria did manage erosion and runoff better than intercropping with chili peppers. However, the environmental benefits of chili peppers combined with their economic benefits make them the clear recommendation by the research team.

Another research finding came in a drought year. During 2009, the province experienced a drought. All the experimental fields had a lower economic return that year – except one. The intercropping of corn with chili actually held its economic value. This suggests that intercropping systems can generate more stable incomes than single crops.

Both intercropping systems – chili and setaria with corn – reduced erosion, and improved the economic return. Although these are new farming techniques, the research team thinks the economic benefits will help spread these new methods across southern China. Because of its faster economic impact, the main recommendation for hilly areas in southern China is corn intercropped with chili peppers. Of course, commodity prices change over time, so the design of intercropping systems will be dependent on market opportunities.

Wu’s research was funded by research grants from Modern Agricultural Industry and Technology System for Maize in Yunnan Province and Natural Science Foundation of China. Read the full paper here.