Helping Kids with Brain Tumors Recover Beyond the Disease 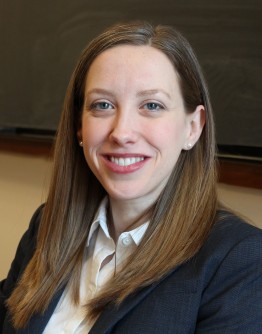 New Brunswick, N.J. - July 11, 2016 - Newswise — Social strains and lack of social competence are common in children recovering from malignant brain tumors. Rutgers Cancer Institute of New Jersey behavioral scientist Katie Devine, PhD, MPH and colleagues from universities across the U.S. and Canada, examined whether a peer-mediated intervention at the survivor’s school was feasible to carry out in the public school setting and was acceptable to the survivor’s family. Dr. Devine, an assistant professor of medicine at Rutgers Robert Wood Johnson Medical School, is the lead author of the work, which appears in the July 2016 edition of the Journal of Developmental & Behavioral Pediatrics (doi: 10.1097/DBP.0000000000000315). She shares more about the research.

Q: Why is this topic important to explore? A: Although survival rates for children with brain tumors have greatly improved, many survivors report ongoing cognitive, physical, and social problems after treatment has ended. Social competence, including how well a child interacts with and is liked by peers, is a critical aspect of normal child development. Childhood brain tumor survivors are at risk for low social competence but there are very few interventions available to support these kids. The few available tend to focus on teaching the survivor social skills, and have not examined whether any improvements in skills lead to improvements in peer relationships.

Q: How was the study set up? A: We examined a peer-mediated intervention that was initially developed for children with autism spectrum disorders and adapted it to children who are recovering from brain tumors. The intervention was designed to encourage peer leaders to include children who are socially isolated through small group instruction. We enrolled 12 childhood brain tumor survivors in 1st through 8th grade and 217 of their classmates. Most of the survivors were two or more years beyond treatment. In the eight intervention classrooms, two to three children chosen by peers to be leaders were taught skills to engage classmates in five to eight small group sessions over the course of four to six weeks. The sessions focused generally on including kids who are not socially connected including the brain tumor survivor who was never identified in order to protect the their privacy. Topics included noticing and tolerating differences, initiating and responding to interactions with potential new friends, and strategies for including others in games/social situations.

Q: What were some of your findings and their significance?A: The study was not designed to assess whether the peer intervention helped the brain tumor survivor, but rather it was an exercise to see if the method of intervention was acceptable to survivors’ families and feasible to carry out in a public school setting. Results suggested that it was acceptable to survivors’ families and schools. The intervention was rated very positive by peer leaders. Preliminary results suggested that survivors in intervention classrooms had a non-significant increase in friendships and classroom levels of social rejection and victimization were significantly lower in intervention classrooms post-intervention. Overall, this study was novel in focusing on training peers rather than survivors and including peer reports of social functioning. Results support the need for a larger randomized trial to determine if the intervention is efficacious. The findings may also be relevant for other groups of children who have had medical trauma or diseases that impact the brain.

Q: What would you recommend for future studies?A: A large multi-center trial is needed to determine if a peer-mediated intervention can improve social competence outcomes for childhood brain tumor survivors. Future work should examine if such an intervention works differently for children with late health effects, at different ages, or with neurocognitive problems. More work is needed to help address social problems for pediatric survivors.

The work was funded by the St. Baldrick’s Foundation. The work also was supported by grants from the National Cancer Institute at the National Institutes of Health (NIH) (K07CA174728 & P30CA072720) to Dr. Devine. The content does not necessarily represent the official views of the NIH.