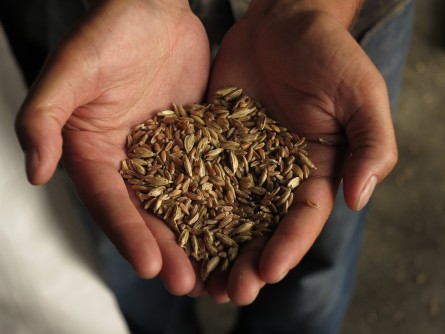 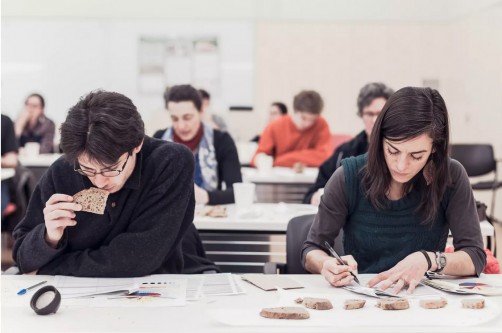 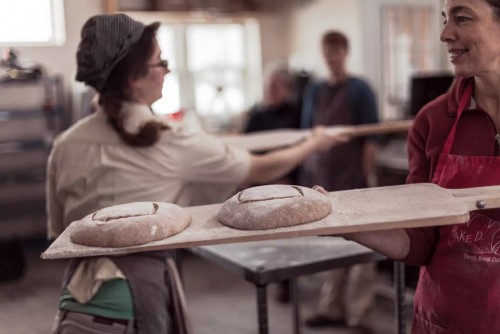 Newswise — ITHACA, N.Y. – After a century of markets dominated by a few types of wheat and white flour, ancient and heritage wheat varieties are making a comeback.

Restaurants and bakeries that promote organic and local agriculture have sprouted up across the country in the last decade, meeting a rising consumer demand for tasty and nutritious foods that support an ethic of sustainability.

In the Northeast, for example, Gramercy Tavern in Manhattan serves local and seasonal dishes. Its rotating menu offers “roasted beets and kale salad with einkorn and candied pistachio” and “sea urchin risotto with ancient grains and ruby red shrimp.” The artisanal Wide Awake Bakery in Mecklenburg, New York, offers sourdough breads made from a variety of unconventional grains, largely sourced from its partner, Oechsner Farms, in Newfield, New York.

Marketing and economic analyses by Cornell researchers show that the demand for these unusual grains outstrips supply, and food lovers are willing to pay more for bread, pasta and baked goods made from them.

Still, since older varieties and ancient forms of wheat such as emmer and einkorn have been out of mainstream production for close to a century, little was known about what varieties might be best-suited for organic growing in the region.

A Cornell-led project provides research-backed, farm-to-table information on which modern, ancient and heritage wheat varieties are most adapted for Northeastern and north-central climates under organic conditions, best processing practices, avenues for marketing them, and how these varieties fare as bread, pasta and baked goods.

Results from the Value-Added Grains for Local and Regional Food Systems project were summarized in a paper, “Evaluation of Wheat and Emmer Varieties for Artisanal Baking, Pasta Making and Sensory Quality,” published this year in the Journal of Cereal Science.

“Consumer tastes are changing,” said Mark Sorrells, the project’s principal investigator and Cornell professor of plant breeding and genetics. “They are interested in local and flavorful food products, and farmers are looking for value-added crops to sell for higher prices to consumers.”

As a result of the project’s collaborations – with researchers, farmers, distributors and marketers, artisanal bakers, restaurants, consumers and others – alternative grains are now finding their way to plates around the region.

“The project has laid some really important groundwork, and every year, we’ve seen things grow exponentially,” said June Russell, manager of farm inspections and strategic development at Greenmarket, a program of GrowNYC, and a co-author of the paper. Greenmarket operates farmers markets in 52 locations across all five New York City boroughs and provides a bridge between growers and consumers.

“Demand is building, and that’s helping to drive more acres getting planted and some infrastructure development,” Russell said. Greenmarket has established a solid market for emmer and a growing market for einkorn, and 14 different kinds of wheat are now available, she said.

Before the project started five years ago, only modern wheat varieties – those developed after 1950 – were grown in the Northeast, with a few isolated cases of farmers experimenting with grains. From 2012 to 2015, researchers at Cornell, Pennsylvania State University and North Dakota State University evaluated 146 varieties of modern and heritage spring and winter wheat, spring emmer, spring and winter spelt, and spring einkorn for how well they adapted to organic systems.

The varieties came from modern breeding programs, old landraces (crop varieties improved by traditional agricultural methods), wheat once grown in the region, farmer selections and seed banks. The researchers identified grains that are of better quality, produce larger yields and resist disease. For sustainable agriculture, planting varieties of small grains plays an important role in crop rotation and adds to biodiversity. And by selling to local markets, farmers can charge more for their crop because it is fresh, of higher value and reduces transportation cost.

Through outreach efforts, thousands of farmers have been educated about the best varieties of heritage and ancient grains, where to get seeds, organic management recommendations and techniques, and how to harvest and process the grains. Events, workshops and field days have drawn more than 8,000 participants, and the project’s webinars and videos have garnered more than 20,000 views.

“To have the information from the field trials has been incredibly valuable for growers,” Russell said. “We didn’t have any of that, especially for organic management.”

Sorrells added: “The lesson we learned was if you really want to find out what varieties to grow organically, you have to evaluate them organically. Farmers that grow these grains can now look at real data and choose varieties that are most likely to benefit them economically.”

But how do they taste?

The next step was to take select varieties and see how well they baked, cooked and tasted as sourdough and yeast breads, other baked goods, whole steamed kernels, and as pasta.

“We tried to find those that performed well in trials and from a variety of market classes,” said Lisa Kissing Kucek, Ph.D. ’17, project manager and first author of the paper. They chose seven varieties for sourdough baking; five for matzo crackers, yeast bread, shortbread and cooked grain; and three emmer varieties for pasta and cooked grain evaluations.

Once the items were prepared, sensory evaluations began on Cornell’s Ithaca campus for sourdough evaluations, at the Culinary Institute of America’s New York City campus for baked goods, and at the Natural Gourmet Institute, also in New York City, for emmer pasta.

“This project had really heavy focus on stakeholder involvement, and more important, it was a participatory project,” Kucek said.

The project hired a certified sensory trainer, Liz Clarke from Ithaca-based Gimme Coffee, who worked with panels of professional and amateur bakers, consumers, professors and students. Clarke trained them to identify sweet, salty, sour and bitter flavors, and to arrive at a consensus for how to describe flavors and textures.

Among the results, Glenn, a modern hard red spring wheat that some specialty farmers were already growing, “did wonderfully in terms of sourdough baking,” Kucek said. “We could validate that this was a great spring wheat for our region.”

So, too, was Tom, a modern hard red spring wheat that hadn’t been grown much regionally. “We have a number of farmers now trying Tom,” she said.

Though modern varieties performed better than heritage and ancient types in the field trials, based on the evaluations, the researchers are working on new breeds that, for example, cross a high-yielding but bland modern variety with a low-yielding but flavorful heritage one, with the goal of producing a new high-yielding, tasty grain.

“The biggest takeaway for me, and I think for our stakeholders too, was that there’s not one variety that meets all needs,” Kucek said. “You should pick varieties based on the product that you are making, so getting that link between farmer and processor is really valuable, so that the processor can say, I really want this variety and then talk to the farmer in order to source it and get it.”

From farm to fork

Gramercy Tavern’s philosophy of promoting regional and seasonal foods made it a perfect fit for the quality evaluations. Since taking part in the project, Jenny Jones, a manager at the restaurant and a co-author on the paper, is now sourcing Lucille, an ancient spring emmer that when ground into flour and mixed with durum wheat makes a good, nutty pasta.

Wide Awake Bakery, which already had been using alternative grains, is now blending emmer and einkorn flours into some of its dough. The bakery’s owner, Stefan Senders, said the biggest lesson for him came from the baking tests.

“We’re building a local grain culture,” Kucek said. “But we need to make sure the varieties we are using are the best ones for that application to help this movement grow. Picking the right varieties is going to be better for the farmer, baker and consumer.”

The project is funded by a grant through the United States Department of Agriculture’s Organic Agriculture Research and Extension Initiative.

Collaborators included Elizabeth Dyck at the Organic Growers’ Research and Information-Sharing Network, and Julie Dawson, a plant scientist at the University of Wisconsin, Madison.