Home Sweet Home: Does Where You Live Impact Student Success? 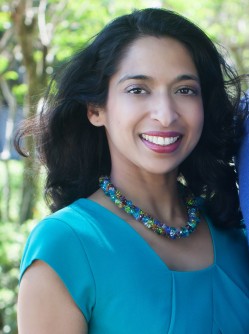 Dr. Tracy Alloway, assistant professor of psychology at the University of North Florida in Jacksonville, has condcuted a new study that reveals where you live doesn't have to determine school success.

Newswise — Where you live doesn’t have to determine your school success, according to a recent study by Dr. Tracy Alloway, assistant professor of psychology at the University of North Florida. Instead, your working memory—your ability to remember and process information—is a much better predictor of learning outcomes.

Socioeconomic status has long been linked with school success. The income-achievement gap is evident in kindergarten and accelerates over time, but does where you live affect grades and other cognitive skills?

Students from economically disadvantaged families often achieve lower test scores and are more likely to drop out of school, and cognitive factors like IQ and working memory—our ability to work with information—are also linked to school success.

In the study, Alloway, author of “The Working Memory Advantage,” compared the predictive power of both socioeconomic status and cognitive factors in longer-term school success. The study revealed that socioeconomic levels didn’t predict longer-term academic success, whereas cognitive skills, such as working memory, did.

In kindergarten, children completed a range of cognitive tests, including verbal working memory, short-term memory and sentence memory; nonverbal IQ, like assembling puzzles; and phonological awareness, which is the measure of sensitivity of the phonological structure of words, including the ability to recognize and identify sounds and rhymes. Two years later, the same children took national achievement tests in reading, writing and math.

Her study, published this month in the Journal of Experimental Child Psychology, also found that socioeconomic status didn’t affect working memory scores, but it did affect IQ scores. These findings are important because they establish that working memory is one of the most important building blocks for learning.

“A child’s ability to work with information is an important predictor of academic success. Even more exciting is that this important cognitive skill isn’t greatly affected by a child’s socio-economic background, suggesting that such tests measure learning potential, rather than educational opportunity or acquired knowledge,” said Alloway.

Overall, Alloway’s findings from the study indicate that where you live doesn’t have to determine a student’s academic success, and other factors, like working memory, play a more important role.

Cognition and Learning Education Psychology and Psychiatry All Journal News