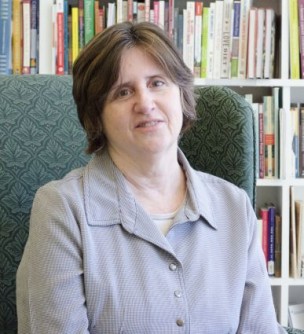 Newswise — June 26, 2017 - Two years ago, when Kathy Roberts was 54, she started having pain in her ankle. She ignored it. Then it became swollen, and she had more and more trouble walking. So she went to a series of doctors trying to figure out the problem. Finally, she was referred to someone who ran some tests and gave her a diagnosis: stage 4 melanoma that had spread from a spot on her ankle to her bones, liver, lungs and brain.

“I was in total shock. I never would have thought it was that,” Roberts said, who by then couldn’t walk, and was using a wheelchair.

Until recently, melanomas that had spread to the brain could only be treated with surgery and radiation therapy. And even with treatment, patients typically lived only a median of four months. However, patients like Roberts now have alternatives. After having surgery to repair the damage from the tumors in her ankle, her doctors encouraged her to enroll in a clinical trial of immunotherapy for patients with melanoma brain tumors at Georgetown Lombardi Comprehensive Cancer Center, which she did.

Roberts participated in a study that tested a combination of two immunotherapy drugs that had each been used with some success alone and together to treat patients with advanced melanoma. The drugs, called ipilimumab and nivolumab, target two different signals that deactivate the immune system at distinct steps. Since 2013, they have been used together to treat advanced melanoma outside the brain, with good results. About 70 percent of those patients are alive two to three years later, and more than half are likely cured, said Michael Atkins, MD, deputy director of Georgetown Lombardi.

“One of the great promises of immunotherapy is the ability to combine agents that can synergistically reactivate antitumor immunity,” said Atkins. “There are currently about 800 trials involving immunotherapy and immune therapy combinations to establish what drugs are effective against which types of cancer, which regimens work best, and how to reduce side effects, among other questions.”

The study Roberts joined is evaluating the drugs’ effectiveness in patients whose melanoma had spread to the brain, which is one of the hardest tumor locations to treat due to the body’s mechanisms to protect it.

The initial results presented June 4 at the 2017 American Society for Clinical Oncology annual meeting are promising. More than 55 percent of patients’ tumors shrank, or even disappeared, in response to the drugs and the researchers says this could mean patients could “avoid or delay” brain irradiation. They’ve characterized the findings as “practice changing.”

“The response rate is more than each of the individual drugs’ response rates combined, so there seems to be synergistic effect,” said Suthee Rapisuwon, MD, Roberts’ oncologist at Georgetown Lombardi. Some patients experienced side effects, including rashes, fatigue, and diarrhea, since the treatment releases the brakes on the immune system overall, which can allow the body to also attack normal cells.

“Having these drugs available has changed my melanoma clinic from one with a lot of sad discussions going on to one that is more like a travel agency,” Atkins said. “So many patients are doing so well that they are doing things on their bucket lists.”

Roberts is one of those who responded very well to the treatment. She came to Lombardi every two weeks for an intravenous infusion, and 18 months later, her scans show no signs of cancer cells, and her doctors consider her likely to be cured.

“It’s just amazing. I had no chemo, no radiation – they just put me on these two drugs,” Roberts said. “And now, here’s my second life.”

After a year of treatment, she began working full-time again, and was able to see her daughter graduate from college. Now she’s even started taking on her bucket list.

“My husband and I just made arrangements to go to Italy for our 25th wedding anniversary,” she said.