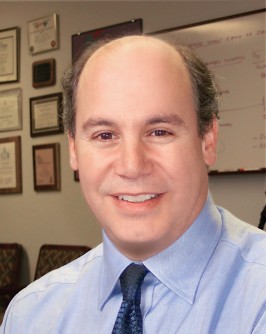 In the July 23/30 issue of the Journal of the American Medical Association, a new study evaluates the virologic response of HIV-infected patients also infected with hepatitis C virus who received a combination of the medications sofosbuvir plus ribavirin.

Michael Saag, M.D., professor of medicine at the University of Alabama at Birmingham and director of the UAB Center for AIDS Research, says in an accompanying editorial that while the success of the treatment is a quantum leap forward for patients coinfected with HIV and HCV, the cost makes it widely unaffordable.

“The question is how do we make HIV care the most cost effective? This is important in HIV as more drugs go generic, but it is applicable to all areas of medicine,” Saag said. “We can’t afford to continue to prescribe in the absence of consideration of cost of care.”

Saag’s editorial, Quantum Leaps, Microeconomics, and the Treatment of Patients with Hepatitis C and HIV Coinfection, is part of JAMA’s theme issue on HIV/AIDS, released early to coincide with the International AIDS Conference.

About Michael Saag, M.D.A world-renowned expert in his field, Michael Saag, M.D., professor of medicine and director of the UAB Center for AIDS Research, performs clinical, translational and outcomes research in the areas of HIV and HCV. Saag, who came to UAB in 1981, made seminal discoveries in the genetic evolution of HIV in vivo and directed the first inpatient studies of seven of the first 25 antiretroviral drugs for HIV. Saag also envisioned an HIV outpatient clinic dedicated to the provision of comprehensive patient care in conjunction with the conduct of high-quality clinical trials, basic science and clinical outcomes research. In April 2014, Saag published his first book, “Positive,” which traces his life studying HIV and treating patients with AIDS. More than a memoir, “Positive” also shines a light on what Saag describes as the dysfunctional U.S. health care system, proposing optimistic yet realistic remedies drawn from his distinguished career. For more information, visit http://www.uab.edu/medicine/cfar/outreach/positive-the-book or positivethebook.com.